Who Says Naruto Girls in Naruto Shippuuden Can't Be Ninjas?

In the world of ninjas, the one with the most techniques is king. Or perhaps, queen. The cast of Naruto may be dominated by boys and men, but there are also a large number of females fighting alongside them. Let's get to know some of the most popular Naruto girls in the series. 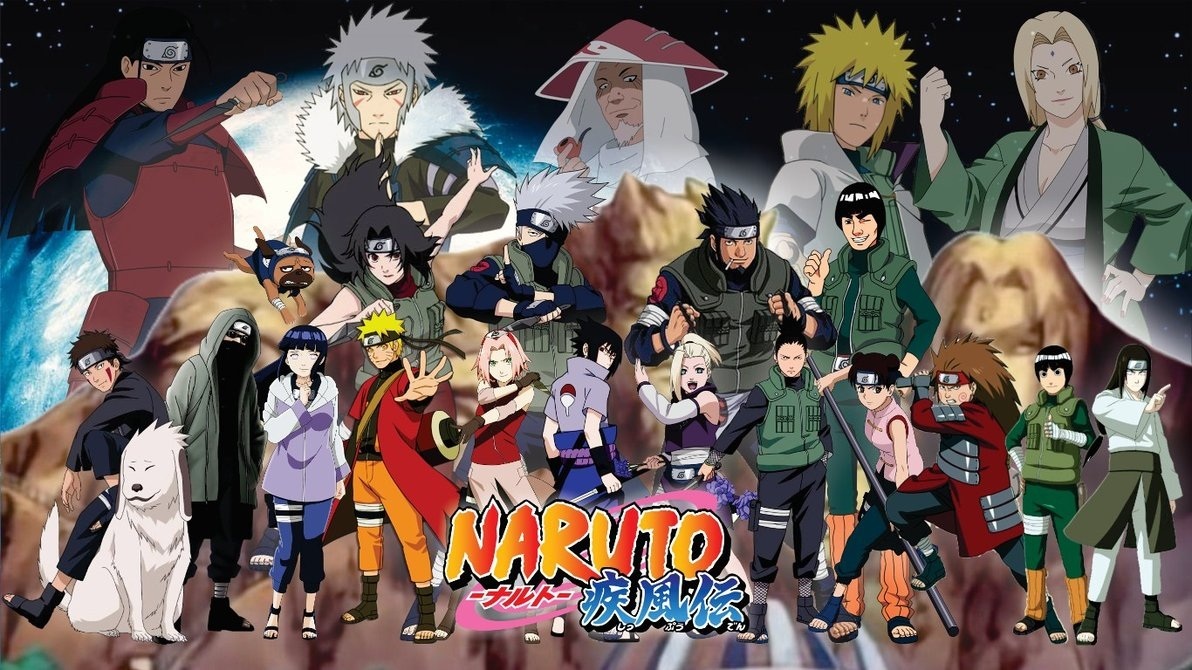 The Naruto universe is filled with a diverse cast of shinobi, several animals and other mysterious creatures – they all play a significant part in the story. Using a multitude of techniques and abilities, they take on missions to help their allies and fight for their home and peace in the world.

There are tons of articles focusing on the boys. Let's take a closer look at the beautiful ladies. These Naruto girls may be pretty, but get on their bad side and... Come meet some of the cutest Naruto girls. Anyone who has seen even a single episode of Naruto already knows who Sakura is. She's the main heroine of the anime and has the most screen time out of all the other Naruto girls. After being placed on a team with the “number one hyperactive knucklehead ninja”, Naruto Uzumaki and the child prodigy Sasuke Uchiha, Sakura grows with them and becomes better and better. Although she is kind of useless in the original series - with many scenes devolving into her internal monologue of “Oh my god, Sasuke. You're awesome!” - she becomes quite the confident and competent medical ninja in the sequel series, Shippuden. She's also part of the main love triangle with the aforementioned characters, and part of two other love triangles. But if you've seen the most recent movie, Boruto: Naruto the Movie all about Naruto's son, Boruto, you know how it all turns out. 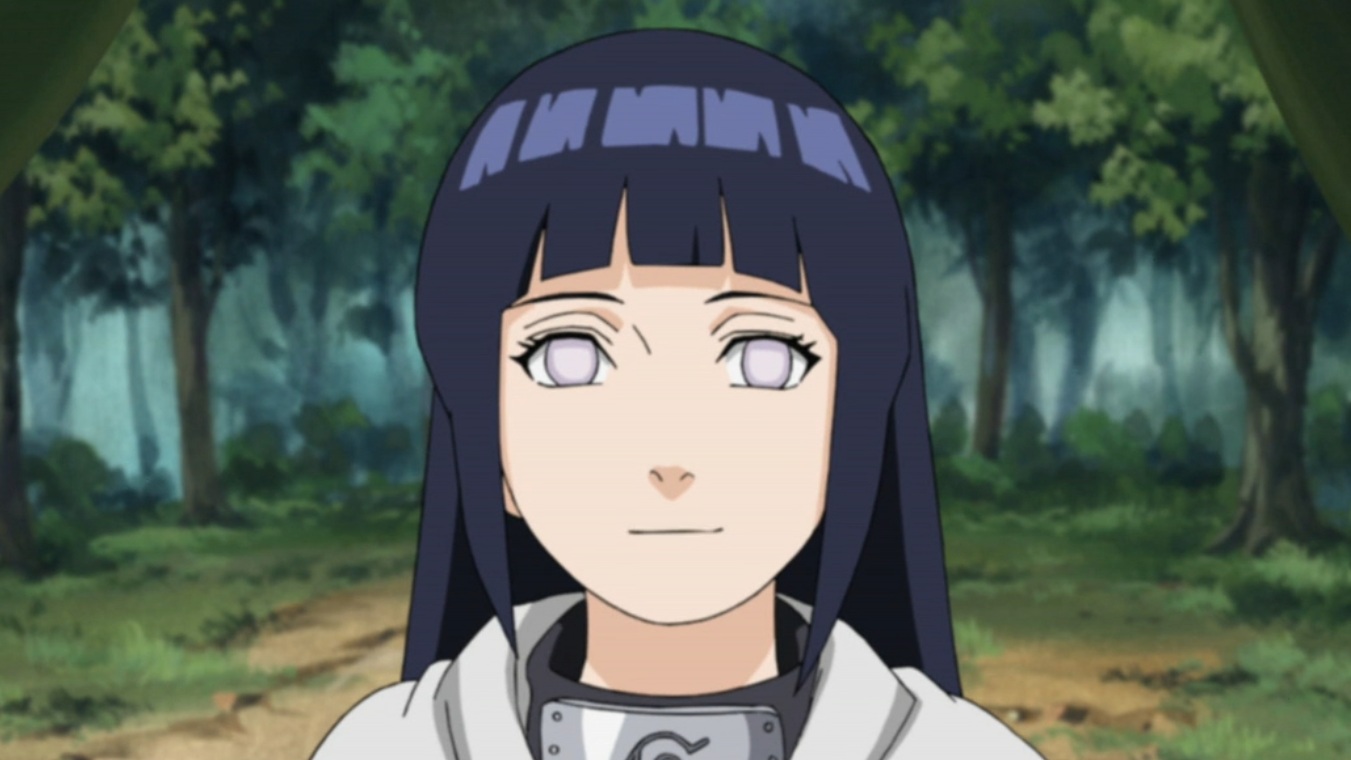 Hinata of the Hyuuga clan is one of many characters in the series who has a kekkei genkai (translated as bloodline limit): the byakugan. It's a visual ability that only belongs to her family, much like Sasuke's sharingan which can only be found in the Uchiha family. The byakugan gives Hinata nearly 360 degrees of vision, as well as being able to see through most solid objects and see targets up to 10 kilometers (6.2 miles) away. Hinata starts out as being very timid, but gradually becomes more bold. She's shy and doesn't like to fight, but she will never give up. She has come to Naruto's aid many times, and has even risked her life to save his. He's the object of her affection throughout the anime. Even when no one else believed in him, she was there nervously offering her support. Hinata is one of the sweetest and bravest Naruto girls there is. 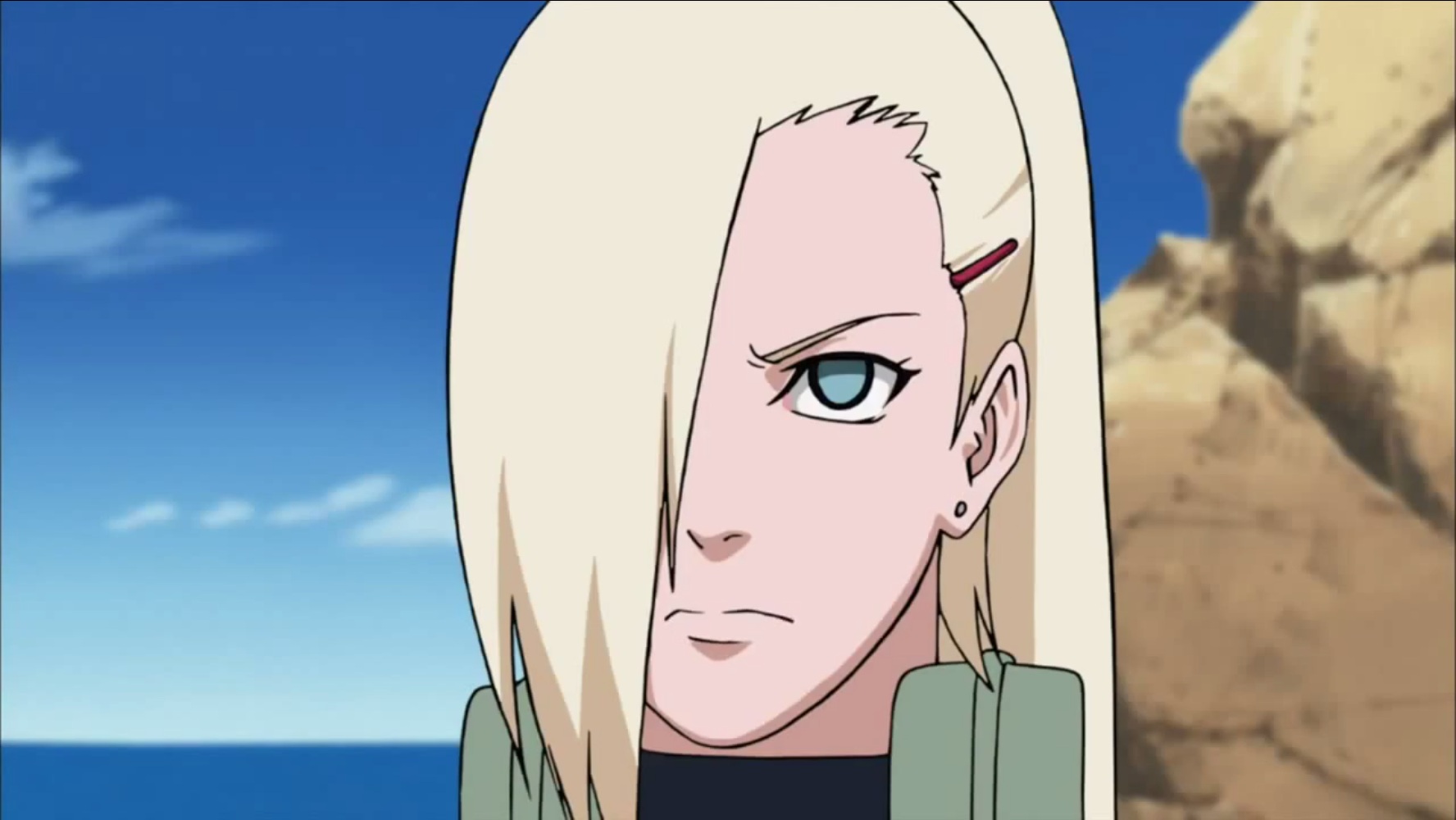 Ino is Sakura's best friend, and also her rival. Throughout the series, these Naruto girls are constantly pushing each other with their abilities, and fighting to win Sasuke's attention. Ino is not afraid to speak her mind, and is very outgoing. Like her father, Ino has some telepathic abilities, and can also use the “mind transfer technique” to take over an opponent's body. Unfortunately, this leaves her own body lifeless and vulnerable, and relies on her friends to protect it. She values her friends, including the other Naruto girls, above everything else, and will protect them at any cost. 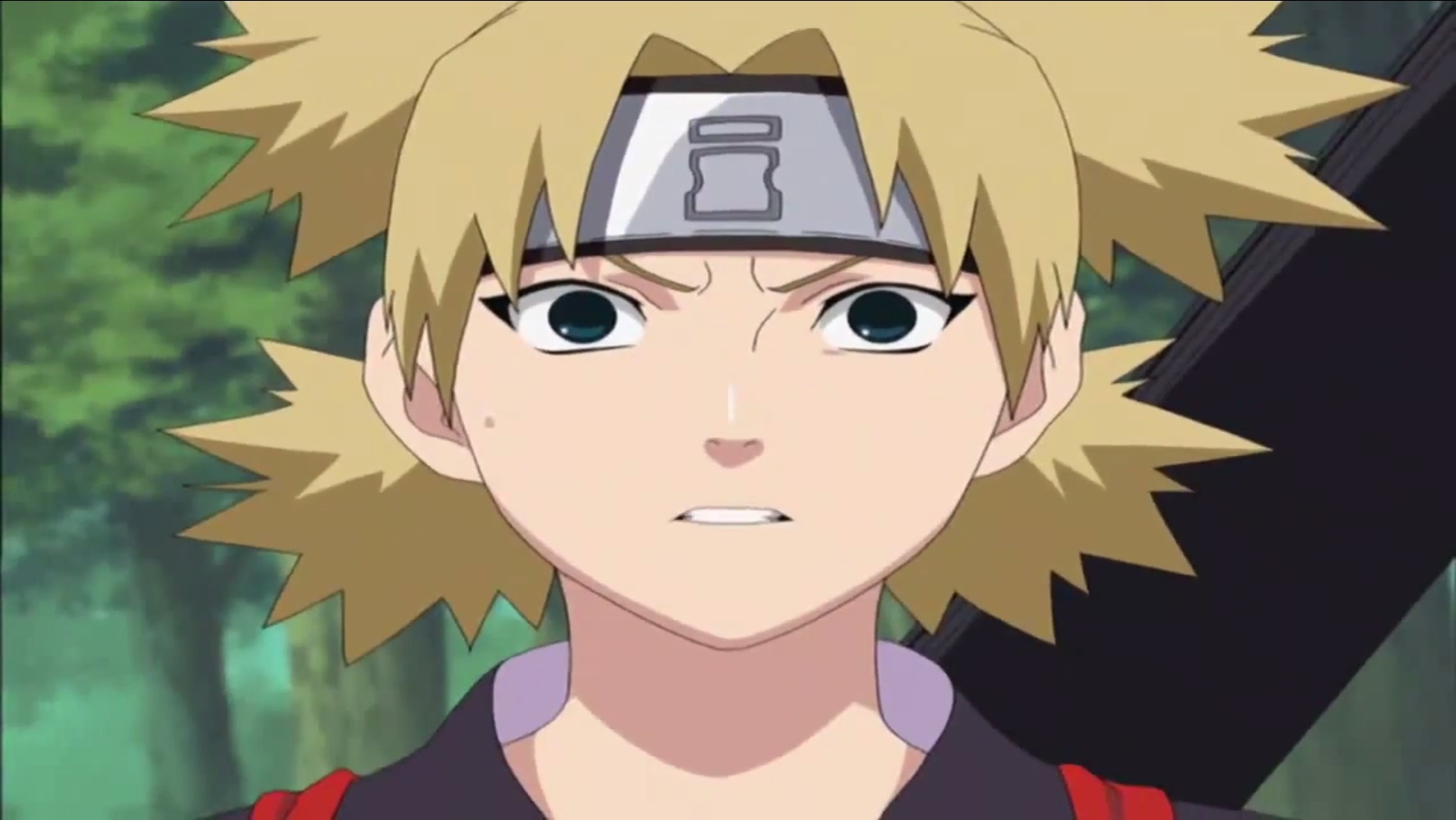 Hailing from the Hidden Sand Village, Temari is very intelligent and also a strong fighter. By manipulating the wind, she excels at both offense and defense. First introduced early in the original series, she continues to be a prominent character. She's the most level-headed of the three sand siblings, the others being her brothers Gaara and Kankurou. Despite her skill, initially Tamari was little more than a babysitter. She was to watch over Gaara and keep his rage in check. But as Gaara grew out of his psychotic episodes and murderous temper-tantrums, Temari became more prominent and accompanies Gaara as his bodyguard, friend, and sister. Known simply as Tsunade or Lady Tsunade, she is the fifth hokage, a title reserved for the leader of the Hidden Leaf Village. She's also the granddaughter of the First Hokage, and was trained to be a ninja by the Third Hokage. Those are some pretty impressive qualifications. But she never aspired to become Hokage. She was sort of forced into it. Before that, she had abandoned the way of the ninja for many years, accruing huge debts through gambling. She had lost too many friends in ninja wars, and no longer wanted any part of that lifestyle. She is a pioneer of medical ninjutsu, and trained Sakura in it as well, but even with all her power she was unable to save those who mattered most to her. Out of all the Naruto girls, Tsunade has faced the most despair. But she rose from that tragedy to protect the Konoha village.

Few anime have lasted as long as Naruto, and fewer still have a cast of characters as extensive. The long duration of this anime has allowed for a lot of growth and development among the characters and their relations. The Naruto girls and particular have changed the most - in appearance, strength and personality. They will make you laugh and cry as you sit on the edge of your seat waiting to find out what will happen next, and where their journeys will take you.