Before going into the background of this anime series, let me first explain its title in case you don’t know it yet. “Dangan” means bullet while “ronpa” means refuting a statement. Put the two together and you get, ‘winning an argument with a bullet.’

So, now that we know that, let’s head on to the background of the series, shall we? 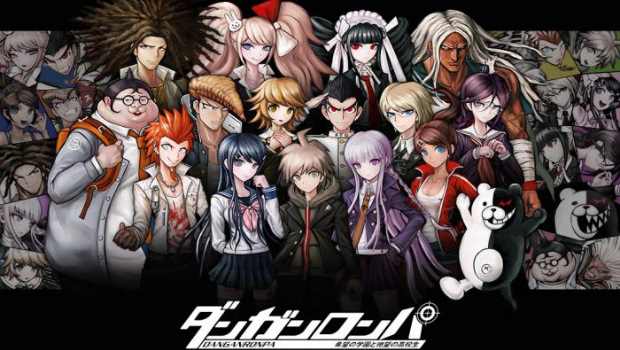 Danganronpa: The Animation is based on the mystery adventure game Danganronpa: Trigger Happy Havoc which is created and published by Spike Chunsoft. It was released in Japan in 2010 for PlayStation Portable. Later, it was ported to Android and iOS devices in 2012. In 2011, manga adaptations and spin-off novels were then published based on the game. Then, in 2013, anime studio Lerche released a thirteen-episode anime adaptation which was written by Makoto Uezu and directed by Seiji Kishi.

The story of Danganronpa: The Animation takes place at Hope’s Peak Academy, an elite high school which only accepts the “Ultimate” students. The students in the school are said to be of the highest caliber in each of their various fields. The main character Makoto Naegi, an optimistic but average student, gets chosen to enroll in the academy through a raffle. This earns Makoto the title, “Ultimate Lucky Student.”

On Makoto’s first day of school, he loses consciousness and wakes up inside the school. There, he meets fourteen new “Ultimate” students who have the same situation as him. Later, a sadistic remote-controlled teddy bear named Monokuma appears and tells them that they will be locked up in the academy for the rest of their lives. However, Monokuma offers them a way to “graduate” from the academy, they must murder a classmate and not be known as the culprit. But, if they would break any of the school’s rules, they would be executed.

Monokuma further reveals that after a murder happens, a class trial would then be held. There, the remaining students would discuss amongst themselves as to who the killer is and would make a vote. If they would successfully find out the killer, the killer would be executed. However, if they make the wrong the choice, all of them would be executed except the true killer who would then be able to leave the academy.

In addition, Monokuma would often threaten the students by revealing their embarrassing secrets, threaten their families, and offer a bounty in order to instigate murder.

As the class tries to find the culprit of each murder case, find a way out of the academy, and learn of the identity of the mastermind who controls Monokuma, a mysterious sixteenth student suddenly appears. 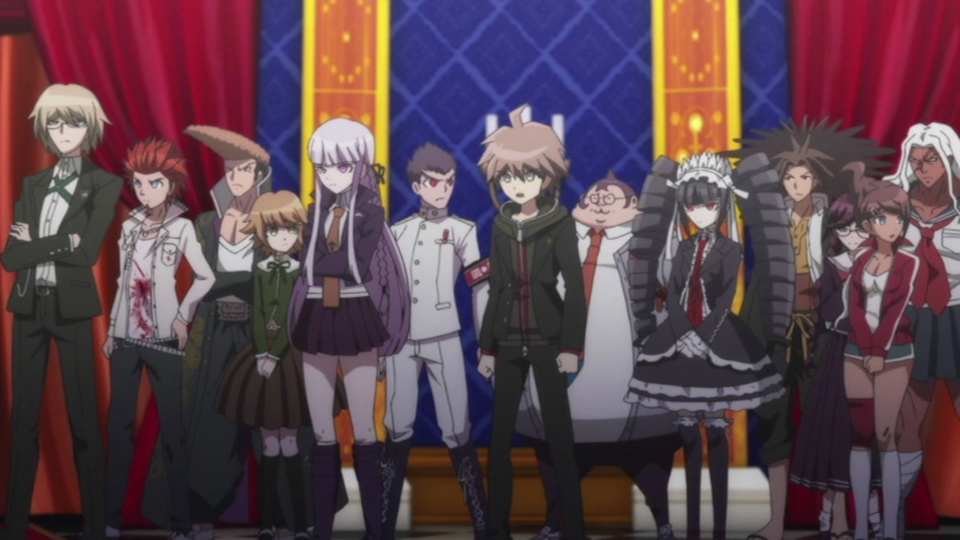 The characters in Danganronpa are very diverse and unique. They all have different personalities and specialties.

Danganronpa does a great job of portraying the personalities of each character and making them likeable or dislikeable. However, if you happen to watch the anime series, you should always prepare yourself as the character(s) you liked could possibly end up being killed.

The voice acting in the anime has also been praised by many viewers. The voice of each character fits them perfectly and is very distinct. To the point that even if you close your eyes, and a character speaks, you could easily identify which character it was.

The anime adaptation stays true to the character designs in the game and how they portray blood to be pink or any other color similar to the game for censorship issues.

Each character has different and distinct designs. For some characters, you can easily guess which talent or thing they are good at. However, for the other characters, you would be surprised that there is more to them that meets the eye.

As for the overall art, they used dark themes, fit for the mystery/horror anime series that it is. It is both eerie and dark but strangely bright and colorful at the same time.

There are three opening songs used for the anime adaptation. For the first episode, the song “DANGANRONPA” by Masafumi Takada was used. For the rest of the episodes, except episode 4, the English rap song “Never Say Never” by TKDz2b was used. The song “Monokuma Ondo” by Sachiko Kobayashi featuring Monokuma was then used for the fourth episode in the series.

Meanwhile, there are two songs used for the ending theme. For episodes 1-12, the song “Zetsubousei: Hero Chiryouyaku” by suzumu featuring soraru was used, while “Saisei -rebuild- re:build ver” by Megumi Ogata was used for the last episode.

The lyrics and tunes of all the songs used relate to the show perfectly. They also use creepy music which fit each scene. This then adds to the suspense and thrill whenever something happens.

This anime series shows the viewers that there is always hope in a world that is full of despair. As long as you are optimistic and hopeful, you will eventually find a way to get through any obstacle which comes to your life.

Who should watch Danganronpa: The Animation?

If you are someone who loves ‘whodunit’ themes, you would enjoy finding who the culprit really is when the students make their class trial. In the trial, they present arguments, theories, and evidence in order to find out the how the crime was done, and who the culprit really is. You will also see how each character use evidence in order to defend themselves and accuse others.

Trust me, you will absolutely love the suspense and mysteries in this series!

Why you should watch it?

Aside from the class conducting trials in order to find the murderer, you will also see how the characters interact with each other, which characters will kill or be killed, how they uncover the truth behind their school, the identity of the mysterious sixteenth student and the true mastermind behind the deadly game they were put through.

While watching the series, it almost makes you feel that you are in the same classroom with the students as you guess who the culprit is, based on the hints and evidence at each crime scene.

For sure, you would also be able to come up with questions or theories as to the mysteries in the series, such as who is the real mastermind controlling Monokuma and why was the game made in the first place. It will also make you wonder who will be killed next or who will commit murder next and how will they do it, as well as who will be able to make it out of the academy alive.

This anime is filled with so many twists and surprises than you could ever imagine. So be sure to check it out if you haven’t yet!

What else should I expect?

As the anime series only has thirteen episodes, it is quite fast-paced. This is why you really need to pay attention to every detail in each episode and be sure not to miss even a single episode as it will totally confuse you.

Also, the premise of the story is that if a student kills someone and is busted for that crime, that student would be executed. But, if the students make the wrong choice, they will all be executed, while the culprit will “graduate” from the academy. With that, you should prepare yourself to see how the execution for each is done since each execution is different from the other.

So, if you have enjoyed watching Danganronpa and would like to watch similar anime series which have similar themes/plots to them, please check these out! 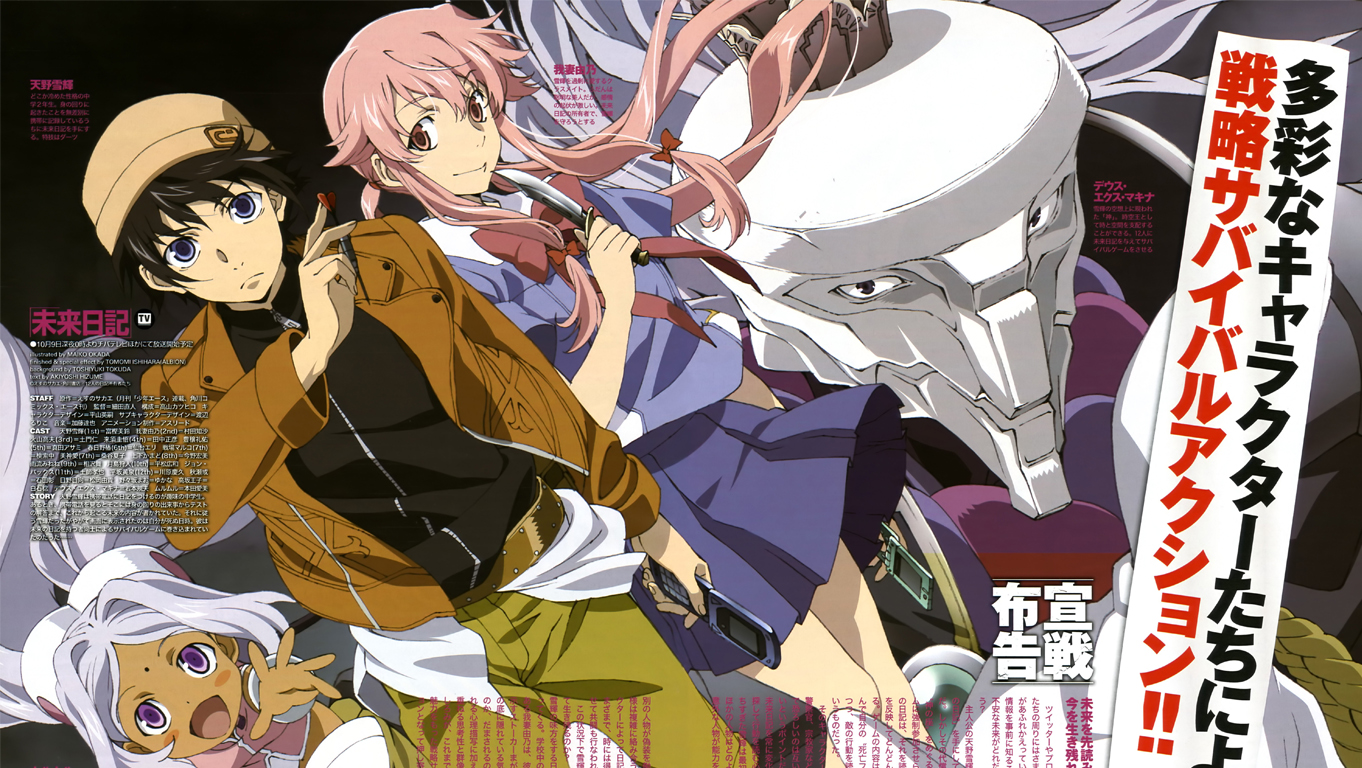 Mirai Nikki and Danganronpa both star an ordinary boy who is forced to participate in a game where he may lose his life. Both protagonists also meet a girl who helps them throughout the game.

Both series have the same genre: a mix of mystery, psychological, and action. The characters in the game all possess different characteristics and abilities as well. 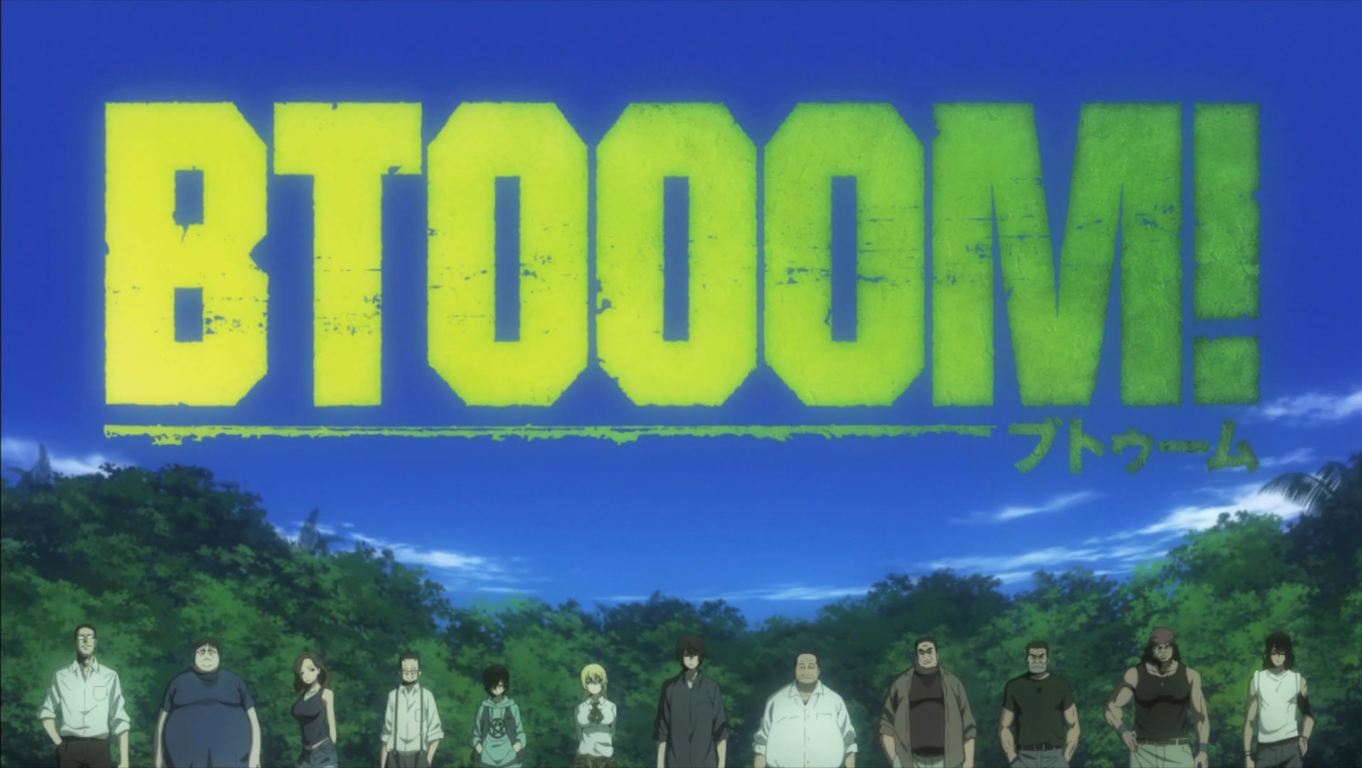 The two series involve a deadly game where the characters have to kill or be killed. If they survive in the game, they will be set free. 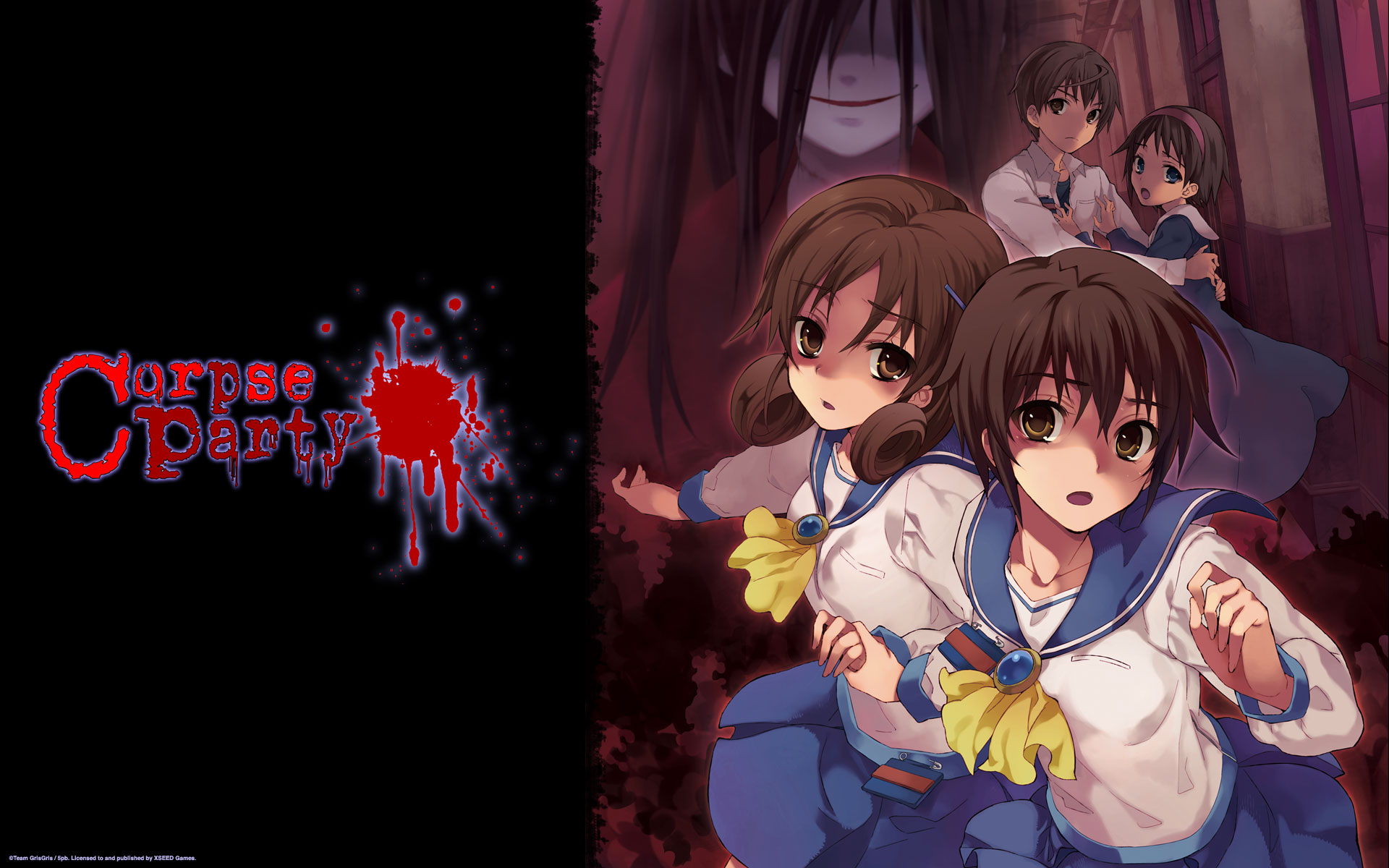 Both series are based on mystery and psychological games where the students are trapped in their schools with sadistic masterminds. The students either kill or be killed while trying to find a way out. And if they disobey the rules, they would be killed as well.

However, compared to Danganronpa, Corpse Party has a bloodier concept.