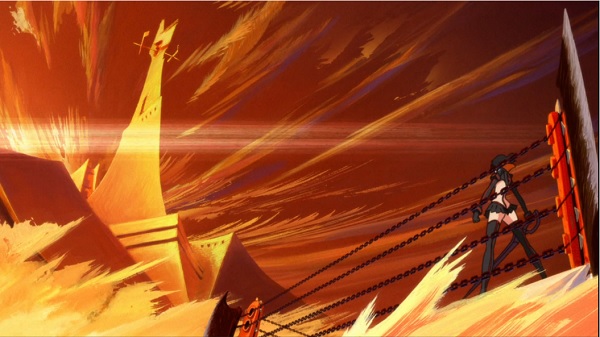 At the beginning of Kill la Kill, Satsuki Kiryuuin states that "fear is freedom, subjugation is liberation and contradiction is truth." This kind of affirmation reminds us of George Orwell’s masterpiece titled 1984, which represents a dystopian future where humans are subjected to a supreme political figure called The Big Brother. The people of the Orwellian totalitarian system believe that contradiction is truth; therefore, they can be manipulated to act or think whatever the rulers need them to. Being that so, the citizens of Oceania are structured into classes related to the functions they perform inside their society: working class, bureaucrats, and the rulers. According to their status, citizens have different levels of access to food and services, living facilities, and basic liberties.

What keeps this society together? Power is the factor that glues people to the system; whenever a dissident appears, the State overrides him with its power until the rebellious is willing (by his own reason) to accept it again. Following this idea, Kill la Kill’s Honnouji Academy is structured into a hierarchy according to the student’s power, will and determination, which are represented by the number of stars on their school uniforms. Although the Honnouji Academy is only a high school, its ranks go beyond the institution boundaries and determine the quality of life that students (and their families) have. Keep on reading to find out how the power hierarchy and the Kamui work in the complex Kill la Kill universe. 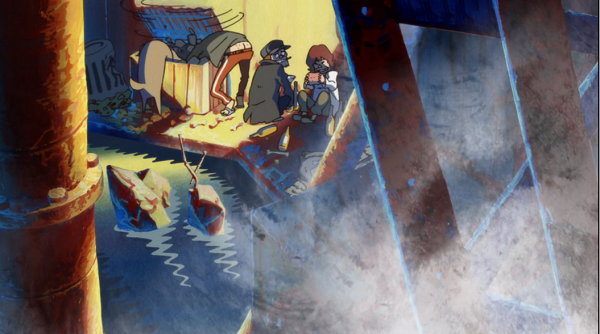 The No-star are at the bottom of the Honnouji Academy's power hierarchy and wear a regular school uniform; they are called so because they don’t have a Goku uniform, which gives its user augmented physical abilities and special weapons or armor. The No-Star live in slums located at the outskirts of Honoo City, and they are seen eating garbage more than once. Besides this precarious situation, the No-Star are subjected to extreme tests in order to avoid being expelled from the academy. For example, once a semester they have to participate in the No Late Day event, where they are obliged to surpass deadly traps in order to reach school on time. 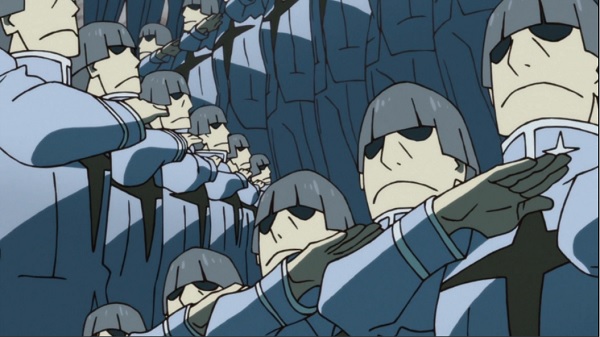 The Goku uniforms are made with a certain percentage of life fibers, which provide the user with superhuman powers. The One-Star rank is the most common in the academy and their Goku uniform is made of 10% life fibers. These students have increased physical abilities and reflexes, but they aren’t more than pawns for the upper ranks. Even though they have a higher rank and a better quality of life than the No-Stars, they don’t display any kind of personality or individuality throughout the series. They all look the same and are only seen following orders in a robot-like fashion. 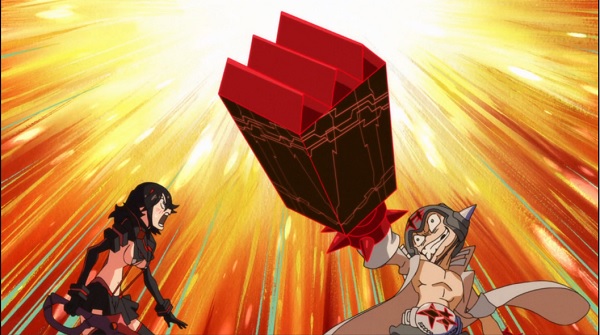 The Two-Star students wear a uniform made of 20% life fibers, which makes them stronger than the previous ranks. Besides the increased strength, these students can use life fiber weapons that accommodate to their specific set of abilities. The Two-Star live in a higher and nicer part of the city and they command student clubs like the boxing or tennis teams. Even though they have a better quality of life than the previous ranks, they are subjected to a stronger pressure because failing to perform a task means losing their stars. 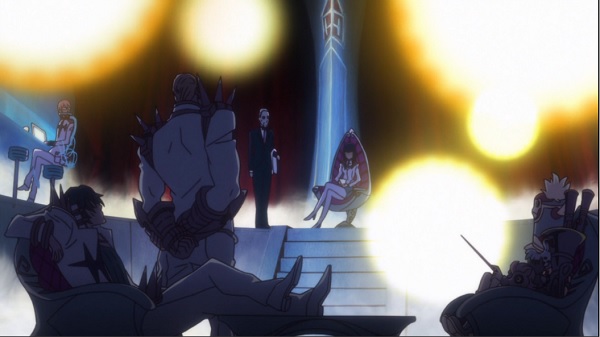 Four students hold the Three-Star rank and have uniforms made of 30% life fibers, surpassing the power of the previous ranks. There are four committees in the Student Council, which are commanded by each of the Three-Stars: discipline, information, athletic groups and non-athletic groups. Besides being the highest ranks after Satsuki, they are the only ones to hold direct communication and a close relationship with her. All of them were selected by her due to their strength, sense of justice and abilities. 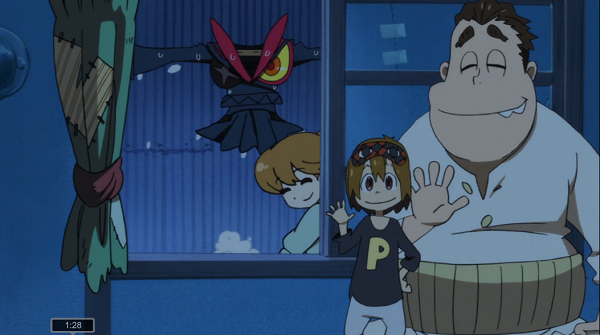 The Kamui are articles of clothing, entirely made of life fibers, that are way more powerful than the Goku Uniforms. The Kamui, when used, can transform into a powerful armor and weapon that activates and feeds on the blood of its user. If the user rejects the Kamui, then a lot of blood will be consumed, but if the user accepts and embraces the cloth, then it will only require blood for its initial activation. 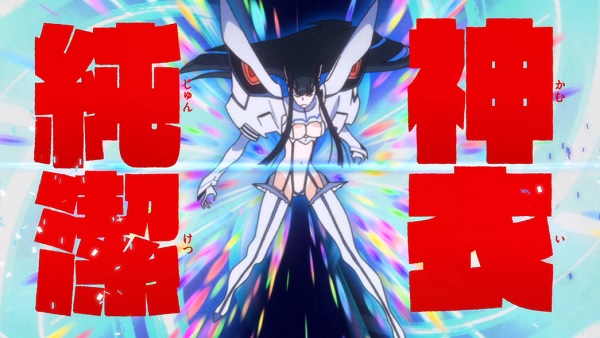 Junketsu (purity) is a white Kamui used by Satsuki, the president of the Student Council and the highest ruler in the Honnouji Academy. This girl is the strongest student in the school and, after wearing Junketsu, her power and authority were reinforced. Junketsu is one of the strength symbols, of the highest rank within the Honnouji's Academy power hierarchy. 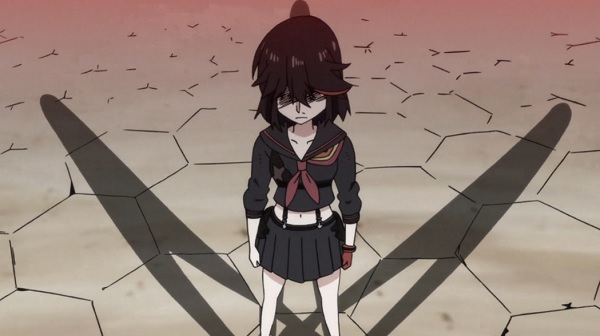 On the other hand, Senketsu (fresh blood) is a black Kamui used by Ryuuko Matoi, the main protagonist of the series. Even though Senketsu is a manmade Kamui, he is a sentient, capable of communicating and connecting with its user. He supports Ryuuko and fights with her in order to defeat the power structure at the Honnouji Academy and discover the truth about her father's death. If Junketsu symbolizes the power of the school, then Senketsu represents the will to fight the establishment and the rebellious attitude towards a system that resembles a dictatorship. 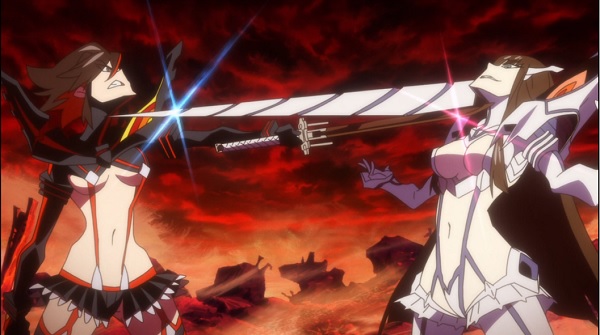 Even though this article focuses on the power structures of Kill la Kill, this series also offers a great sense of humor, creative animation and a lot of extreme fights. Moreover, the battle against the Honnouji Academy's power hierarchy pushes you to think about human values like liberty, equality, and perseverance.