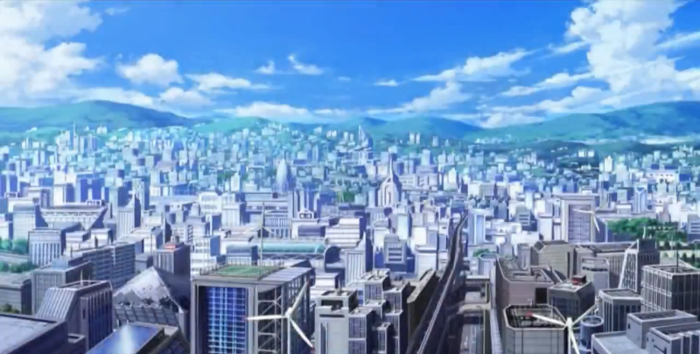 The setting of the To Aru series, that is both Toaru Majutsu no Index (A Certain Magical Index) and Toaru Kagaku no Railgun (A Certain Scientific Railgun), is a world where science has progressed to a profound degree in contemporary time. Through countless experiments, researchers are now capable of granting individuals superpowers through modifications to their minds, in a world where magic and religion hold great sway in the shadows. These two sides, Magic and Science, are carefully balanced to prevent the world from falling into turmoil, but several figures move to upset that balance for one reason or another, and it is often up to the protagonists to stop it.

The divergence point stems from several decades in the past, when the greatest magician in the world, Aleister Crowley, decided to abandon magic in order to pursue science and founded Academy City. Academy City, being where the majority of the story takes place, boasts a population of over 2.3 million, with eighty-percent of those being students and involved in the Esper Development Program, a process that modifies someone's brain so that they are capable of using psychic powers. The city itself boasts a technology level that’s at least a decade beyond the rest of the world, filled with cleaning robots, clones, and hi-tech computers and satellites. Yet, we see that it resembles the present, with vending machines and apartments not out of place in modern Japan, making it easier to relate to for the audience as a whole. 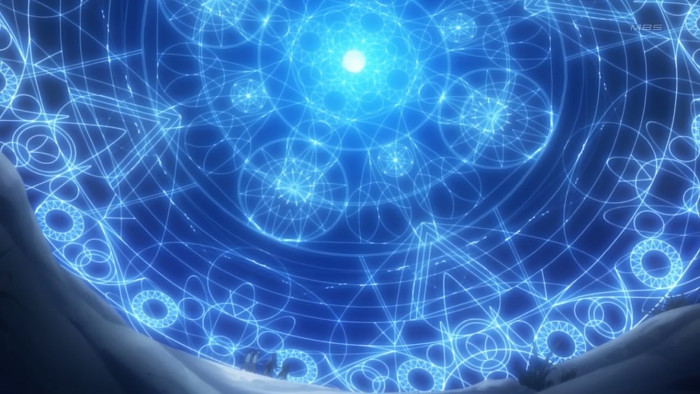 One of the things that makes the series so unique is how the balance of magic and science plays out, which is explained in depth by the story. The two main types of supernatural powers in the setting, spells used by magicians (Magic) and psychic powers used by modified humans (Esper abilities), are inherently incompatible, with the results shown numerous times when someone tries to use them both. The sources of magic and esper powers are fleshed out in detail—explaining how they operate within the world through character interaction rather than simply being told.

An example of this is in Episode 11, when Touma needs to find Mikoto and sees a wind turbine moving without wind. This is explained because the mechanics of esper abilities as a whole operates on the theory that, through modification, they release AIM that enables them to bend the laws of the world to how they see it on a subconscious level. Essentially, espers change the way the world work around them by sheer presence and, because Mikoto is an Electromaster, her AIM has an electromagnetic property to it that makes the blades spin.

In contrast to this, while espers make the world bend to how they see it, magicians work within the laws of the world by using mana and beliefs to cast spells. They operate through a system that can be done by anyone as long as they follow the rituals, which is how Komoe Tsukuyomi managed to cast a healing spell despite having never done magic beforehand. It’s a power that anyone with the knowledge to use can do so, but it takes time and preparation.

Another factor is how powers are used for any given individual. Most generally have one power, but the versatility in how they use their power or change the method of approach showcases creativity beyond a single use. For example, Mikoto Misaka can use her lightning as a basic attack or use it to create iron sand that she can manipulate, hack electronics, or create a railgun based on the principles behind it being utilized through her body.

And then there’s the protagonist, Touma Kamijou. He stands as a figure nestled between the two sides, listed as an esper with a power that acts as a bane to magicians and others like him. His power simply negates those that touch his right hand, but he is ultimately someone with human limitations forced to go against men and women whose powers could turn the world upside down at their highest point. Despite that, he never backs down and throws himself into battle to save someone who needs saving, without being asked. 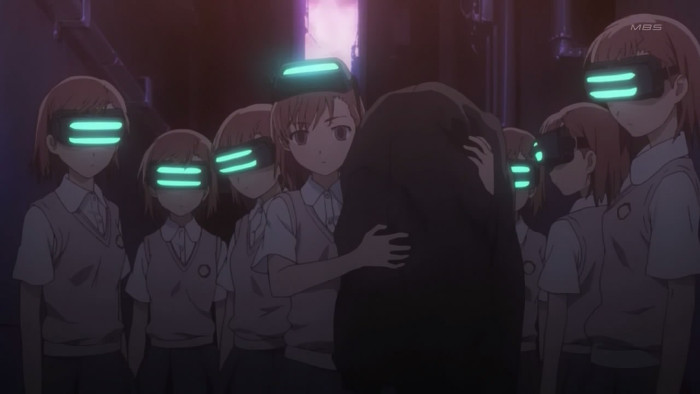 The obvious choice when it comes to similar anime is the spin-off, Toaru Kagaku no Railgun (A Certain Scientific Railgun). This spin-off follows Mikoto Misaka in the role of the lead character, and chronicles her interactions with others in Academy City. Because she is a character who is featured heavily in the Science Side, the focus of her stories are how powers play a major role in the lives of students, including those who are unable to manifest them. It is through her point of view we see more of how Academy City has a twisted and dark underside, and how the desperate are willing to go to extremes just so that they have a place there.

Another similar anime, where supernatural powers are explained through advanced science and a semi-futuristic setting, is Mahouka Koukou no Rettousei (The Irregular at Magic High School). In this setting, decades into the future, magic has been turned into a science with those capable of using it attending schools specialized in training them in their growth and use. Of these students, they are divided into either ‘Blooms’ or ‘Weeds’ depending on their academic records.

Just like in the To Aru series, those who managed to do well (Blooms) get more resources available to them, while those who don’t (Weeds) get less and are discriminated against. Like Touma the protagonist, Tatsuya is in the category of the lower rank simply because the program doesn’t factor towards his main ability, and he possess both a slowly growing harem of love interests and the ability to dispel supernatural abilities. However, their personalities differ greatly, with Touma being willing to save anyone at the cost of himself and capable of a multitude of feelings, while Tatsuya prioritizes his sister and is incapable of showing strong emotions.

WHO SHOULD WATCH IT 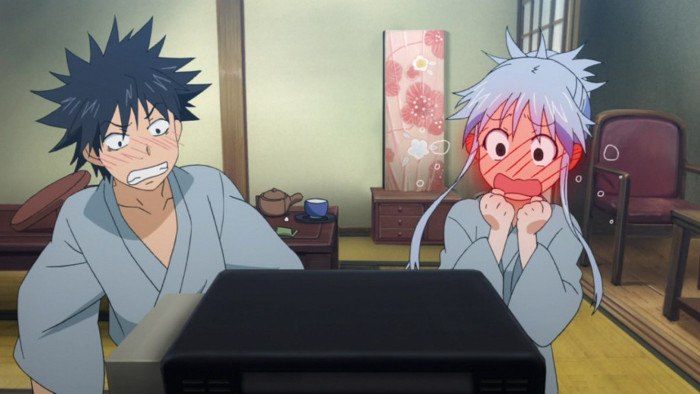 Toaru Majutsu no Index is a show that blends action, paranormal, and comedy into it. The battles are never taken lightly, with the consequences being too great for the protagonists to fail, and the antagonists constantly boast power that would overwhelm most others. The heroes are always the underdogs, and always struggle, but the end result is worth it to them.

Fans of watching action-orientated, supernatural battles, uphill struggles, and the occasional slice-of-life harem comedies in a fully-fleshed out world, would find this show a great anime to watch and enjoy it. Best of all, they can enjoy the sequel that’s out now and get twice the satisfaction.