Continuing on from from the first episode, Shirayuki's red hair is causing her a lot of trouble. Will this really be just a cliche story of a damsel in distress? 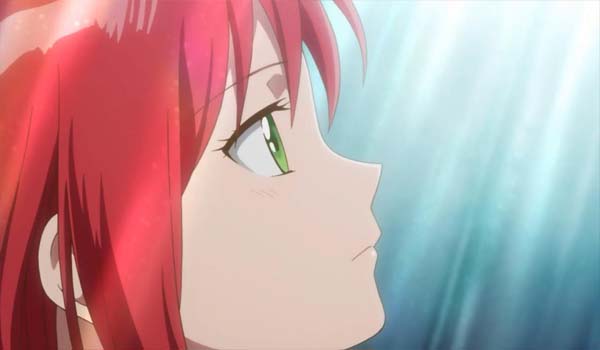 The anime opens with Shirayuki greeting the new morning in the country of Clarines. She appears to have taken Zen's invitation to live there. She's not in the castle, but instead in a normal apartment in town, and she also decides to look for a job to support herself. She wants to be a herbalist like her previous job in Tanbarun but there are no places hiring an herbalist for now. There are such a large array of rare herbs gathered at the pharmaceutical store, so she is inspired to explore the country to look for some herbs herself. 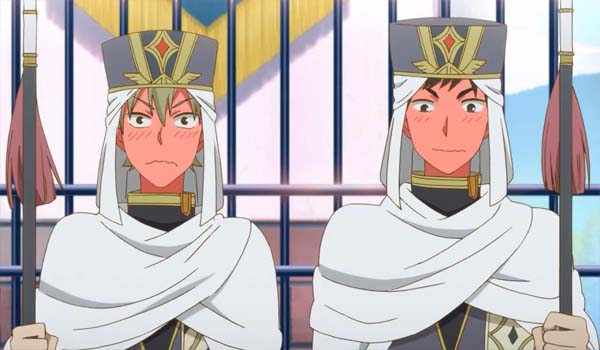 Shirayuki by Zen's place first though, and they spend some time together. They have achieved a beautiful mutual understanding at this point as their vibrant exchanges even have two castle guards blushing. Zen explores the town with Shirayuki, and they have a decent talk about the beautiful country. Shirayuki's red hair is still attracting some attention, and it is apparant that red hair is a true rarity. Zen and Shirayuki part ways, and Shirayuki boards a boat to travel to one of the mountains in search of the rare herbs. Unfortunately for her, trouble follows her there. 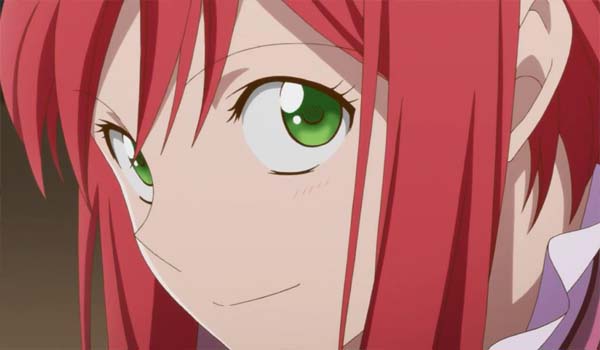 She promised Zen she’ll be back by nightfall, but she is kidnapped while picking herbs on the mountains. She wakes up in an unfamiliar room tied up. Her kidnapper, Mihaya, bids her hello the moment she wakes up and he immediately explains that she'll be sold to a royalty because of her beautiful red hair. The show has set up Shirayuki as a damsel in distress, but this tough spirited girl won't just sit back! Catching Mihaya off guard, she manages to cut through the rope tying her up and makes a run for it. Shirayuki is in a castle somewhere in the mountains, which Mihaya clearly knows like the back of his hand. He is in close pursuit of Shirayuki the whole time despite her efforts to shake him off. He eventually corners her, but Shirayuki doesn't give up. With her herbs, she makes a paralyzing smoke that somehow gets her out of the castle. The only way out is from a window on the second story and Shirayuki has to take the leap. She falls hard on her face, but Mihaya is still able to catch up to her. 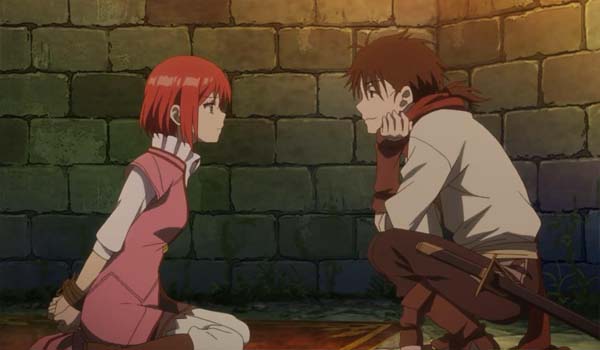 With a torch, he threatens to hurt Shirayuki if she won't submit. The flames are close to her face and burning her hair so she has no choice but to give up. Out of nowhere, Zen knocks Mihaya out and saves Shirayuki. The next scene has Zen and Shirayuki in a bridge smoothing things out. Zen is not mad at Shirayuki but he is glad she is safe. Shirayuki admits to him that she wants to be in Clarines as she wants to see Zen's world and explore its beauty. The anime ends with both of them holding hands and gazing at each other's face. 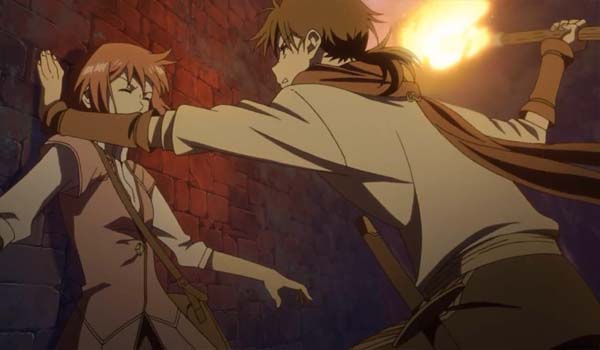 The show still follows the fairy tale cliché by having Shirayuki tied up in a castle for Zen to save her. Despite being formulaic, Shirayuki's free spirited attitude is still coming into play big time. Being able to escape from being bound by rope, paralyzing a dangerous man by burning herbs and not thinking twice about jumping from a second story window, Shirayuki is not your typical girl that abides from these fairy tale clichés. It's encouraging seeing her fight for herself as it's one thing that makes this fairy tale cliché anime superbly unique. 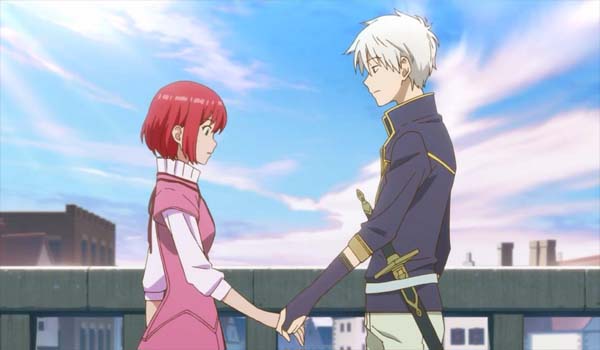 Zen and Shirayuki's moments are starting to turn sweet. The final scene of them by the bridge concerned over the other's feeling felt like a step in the right direction romance wise. It's a shame they didn't hug though but the hand holding in the end still hits the spot.

It's mentioned briefly that talented herbalists should take a test to become a "court herbalist" that works exclusively for the castle. Shirayuki might take the exam and eventually live inside the castle with Zen. 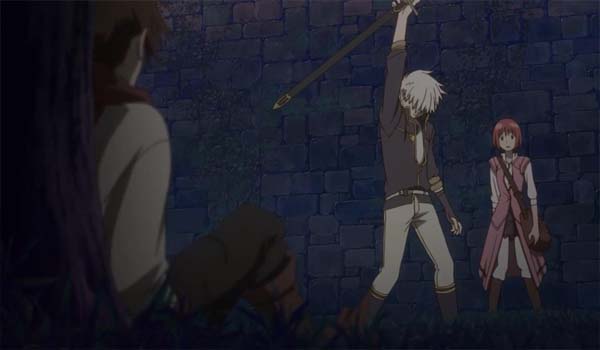 Shirayuki's red hair is becoming a big focal point of the show. This is the second time she almost became property of a royalty. It might happen again and it might come to a point where Shirayuki cannot fight back. Zen must simply charge head on and save the clichéd damsel in distress.

Zen is the second prince of Clarines. The first prince and his other siblings might come and sour the sweet love story he has with Shirayuki. It's a needed bitterness especially since they are developing their relationship rather quickly.