The in-game campaign includes the following:

By logging into the game on 10 different days during the campaign period, players can receive up to 15 Golden Scout Tickets for specific Scouts and other various rewards, including Enhancement Items. 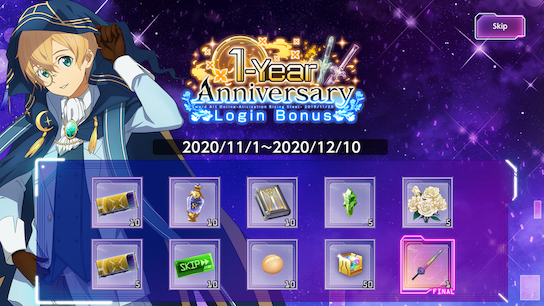 Every Wednesday during the campaign, players may also participate in a Login Bonus Roulette to obtain Golden Scout Tickets.

Daily between Nov. 1 and Nov. 8, players will be given a total of up to 110x free Character Scouts; there will also be Choosable Character Step-Up Scouts from Nov. 7 to Nov. 29 (PST)

Players will be given a further 3x free Weapon Scouts each day during the campaign period.

Additionally, for three times only, 4* Guaranteed Scouts will be available during the first anniversary campaign.

Some characters available during the anniversary will possess the Active Link feature, which allows them to link with other party characters for increased damage, improved critical rates, extra attacks, and other bonus effects; Active Link execution can also generate special character animations.

All players will receive double Quest Rewards from Oct. 31 (PDT) to Dec. 9 (PST).

On Oct. 31, new features such as Party Skills, level limit unlocks to 120, Guild Stamps and more will be added to the game. 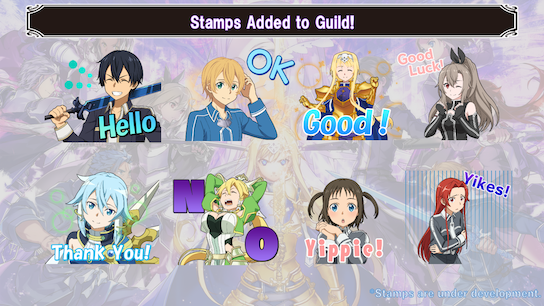 Please note that these campaigns may change or end without prior notice.

Furthermore, following the game’s first anniversary, the Sword Art Online Alicization Rising Steel main story will be themed around the Alicization arc’s Moon Cradle chapter, during which Kirito and Asuna begin their life in Underworld. In addition to Kirito and Asuna, characters such as Nergius Synthesis Sixteen, Entokia Synthesis Eighteen, Ronie and Tiese will make appearances in the story, which takes place after the end of the War of Underworld. 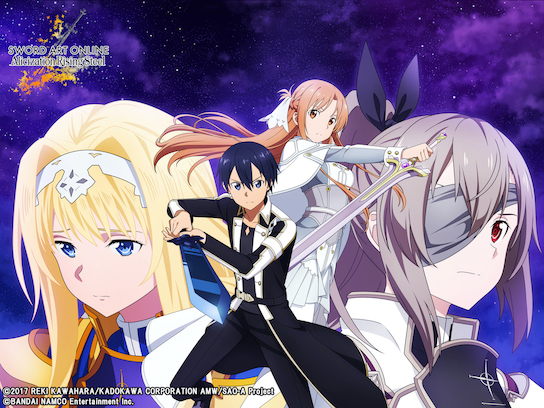 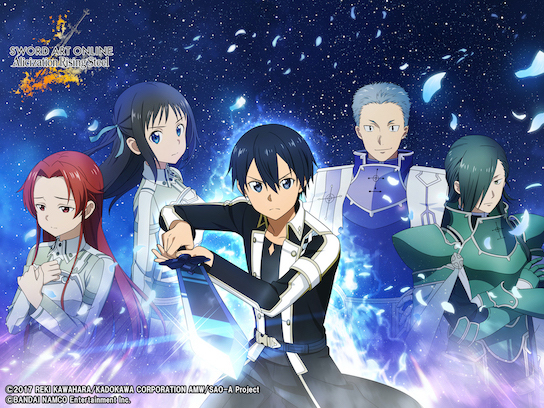 Sword Art Online Alicization Rising Steel is available now as a free download on both the App Store and Google Play. For more information, please visit the anniversary website at: https://ab1st.sao-game.jp/en/