Some anime take censorship to the next level, making an art form out of protecting our eyes from indecency. Here are some of the more creative moments in anime censorship. 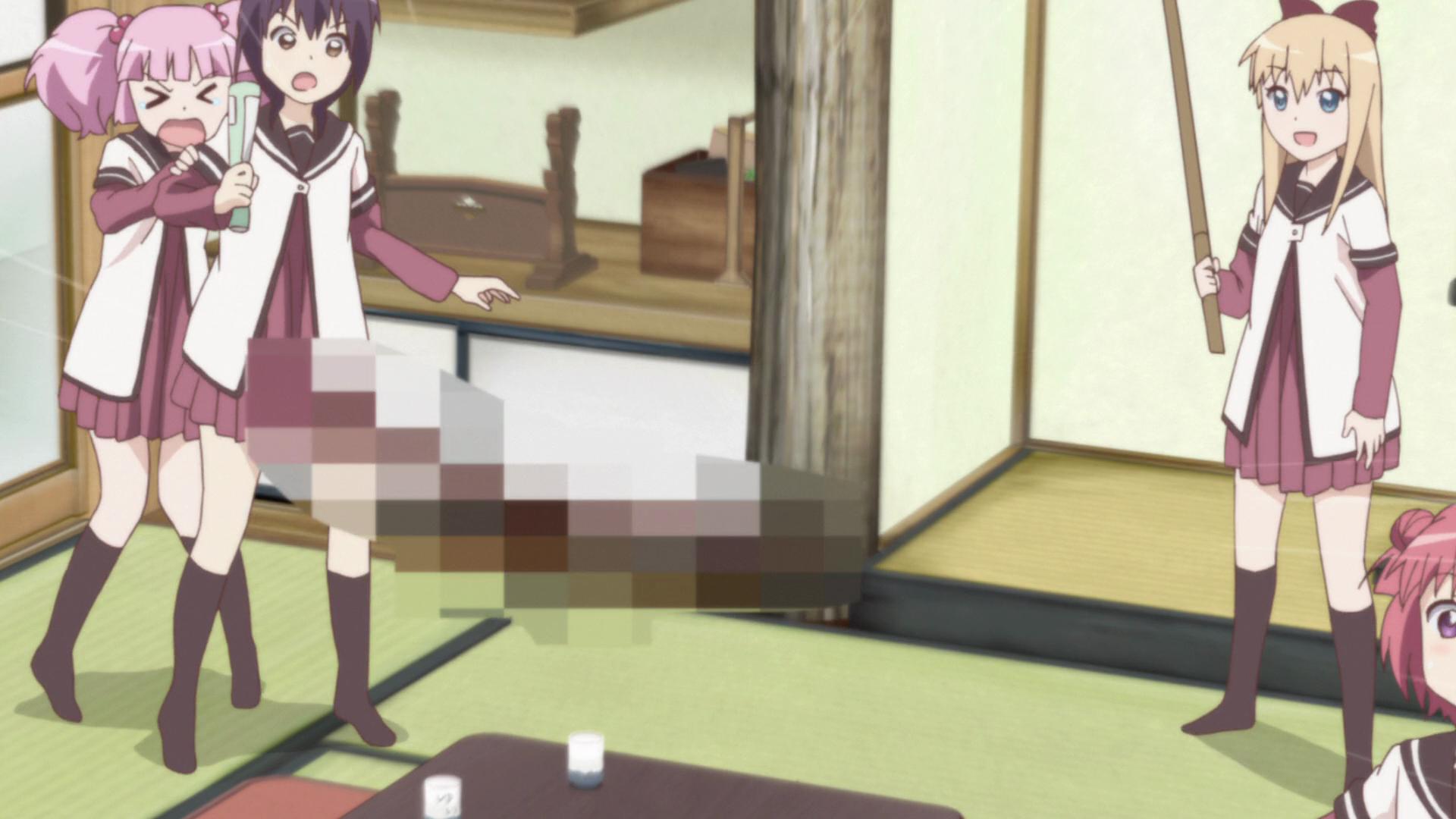 Despite its tendency towards fanservice, anime rarely goes further than showing a glimpse of some shimapan, staying on the PG-13 side of things when it comes to nudity. In those moments where a character is depicted naked, anime usually just throws on a black bar (or two) and calls it a day. But some anime gets more creative than this, using the environment to create sometimes hilarious, often infuriating moments of brilliantly creative censorship.

Neon Genesis Evangelion shows everyone how to do censorship right. As a running gag, it makes nude scenes into hilarious moments by expertly censoring only the bare necessities (so to speak), using the most creative devices. As far as we're concerned, no one does it better. Everyone go home, the rest of the article is irrelevant.

My Mental Choices Are Completely Interfering With My School Romantic Comedy

My Mental Choices Are Completely Interfering With My School Romantic Comedy

Sometimes life just won't go the way you want it to. All Kanade Amakusa wants to do is see some sweet pantyshot, but every time he's foiled by increasingly ridiculous means. Blinded by an inconvenient ray of light! Rejected by a puff of steam! Even gravity hates Amakusa!!! Poor guy. Sometimes the whole universe is just out to get you, right?

Poor Franky. First his pants are stolen, and then he's molested in front of all those people. Under any other circumstances we'd feel uncomfortable watching this blatant harassment, but thanks to some creative angles and poses the scene transforms into a moment of silly comedy.

Aikurou Mikisugi loves taking his shirt off. So much so that there's an entire 3:48 long amv dedicated to it. It's ridiculous and we love it, which about sums up our relationship with this anime in general.

We've grown so used to the idea of censorship hiding something juicy that we feel this moment from Gurren Lagann is impressively cruel. The censor bars are hiding… nothing! The nudity was a lie!

Censorship doesn't always cover something of a sexual nature. Anime sometimes also uses it to hide scenes that might be deemed too obscene or disgusting for its innocent viewers. Of course, Gintama has to turn this into a self-aware gag, as it often likes to do. In this scene, the three protagonists spend nearly half a minute throwing up excessively. But not to worry, dear viewers: your delicate eyes and ears are shielded from this horror by some well-placed pixelation and pleasing sound-effects.

And then there's this. Sometimes when an anime comes to America, it's stripped of any potentially offensive parts. Try to guess which picture is the censored one.

We admit it doesn't get high marks for creativity, but we had to include an image like this for its sheer ridiculousness. For the record, even though his butt-cheeks were censored we still find his back-cheeks offensive.

Some anime are bad. Some are so bad, they become absolutely hilarious. Here are ten unintentional so bad they're good "comedy anime."

The Different Models of Time Travel in Anime

Time travel is a ubiquitous topic in all kinds of storytelling and anime is not an exception. In this article, we take a look at the different ways that it is implemented and provide some particular examples in anime.