Eren Yeager is a certified badass who fights like a boss! But have you ever imagined what our hero would look like in female form? Eren's creator has. He also based a recent Attack on Titan female character on Eren's female character design. Guess which!

Whether you're a casual or hardcore fan of the Attack on Titan series, there's plenty to love about the main protagonist Eren Yeager. He embodies everything we expect in our anime heroes, such as a raw determination to overcome difficult odds, especially when facing off against those ghastly titans. And whether he's in his human or titan form, his fighting spirit makes every episode of the TV series a joy to watch. But have you ever imagined what Eren would look like in… female form? 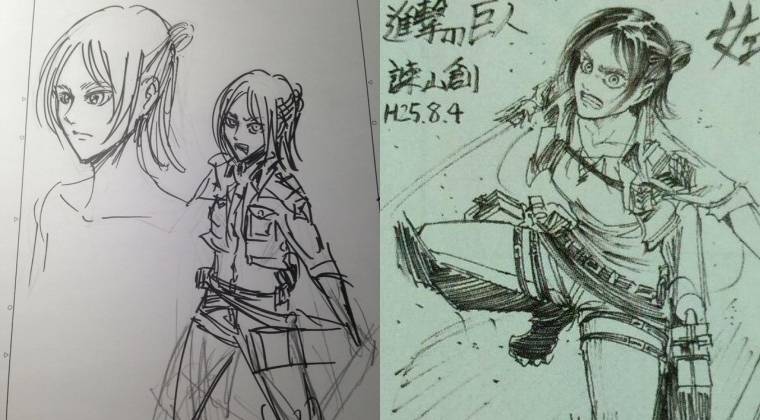 Early sketches of Eren Yeager as a female.

No, Eren's old man, Dr. Grisha Yeager, didn't suddenly decide to give his son a sex change. And while Tumblr and Twitter are filled with fan-drawn, gender-swapped characters, it was actually Attack on Titan's author, Hajime Isayama, who has been sketching female versions of this character for many years. According to a report by Crunchyroll, the author sketched Eren in female form in 2013 at a fan appreciation event held by Bessatsu Shounen Magazine. The fan reaction on Twitter was quite crazy with many fans giving varied opinions about the design. 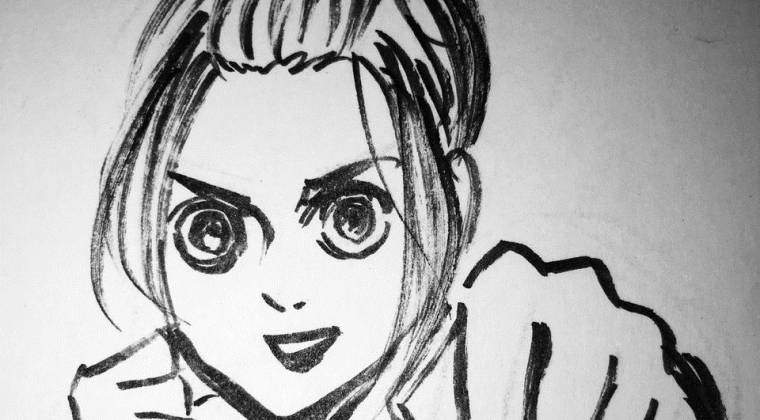 An early sketch of Gabi.

Isayama isn't the only manga artist to do this; for example, Hiro Mashima gave his Fairy Tail characters the gender-swapped treatment just for fun the year before. The interesting part is that Isayama decided to use this design for a recently introduced female character in the same Attack on Titan manga. Gabi, the Eldian Warrior that works for the Marley Government and Reiner Braun's cousin, was inspired by gender-swapped Eren. Don't believe it? Isayama confirmed the new character's basis in an interview published in the August 2017 issue of Bessatsu Shounen Magazine. 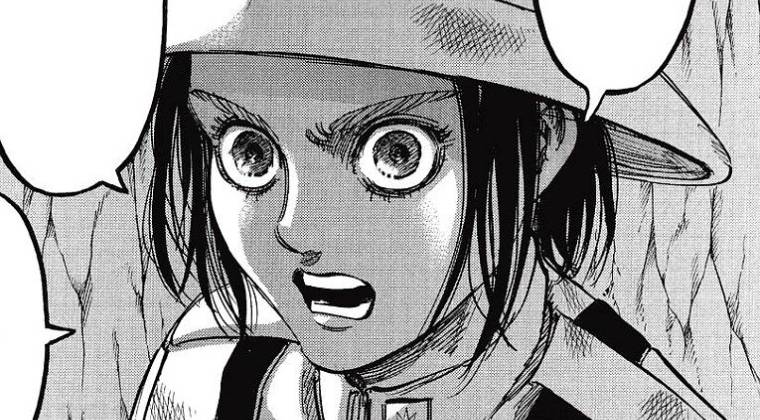 Gabi is based on Isayama's female sketch of Eren Yeager.

Time will tell if Eren's female form—meaning, Gabi—will hold up against the other lovely ladies in the series, such as Mikasa Ackerman, Krista Lenz, and Petra Ral.

The Origins of Attack on Titan with Hajime Isayama and Kawakubo

We got the story behind the story in this interview with the author and editor of Attack on Titan, Hajime Isayama and Shintarou Kawakubo. From the road to publication, to creating the characters and the titans, this is a can’t-miss read for any AoT fan!