Shadowy organizations that conspire to take over the world are everywhere. But what’s important is that they’re present in your favorite anime and are planning to take over your world. You can't run and you can't hide from them! 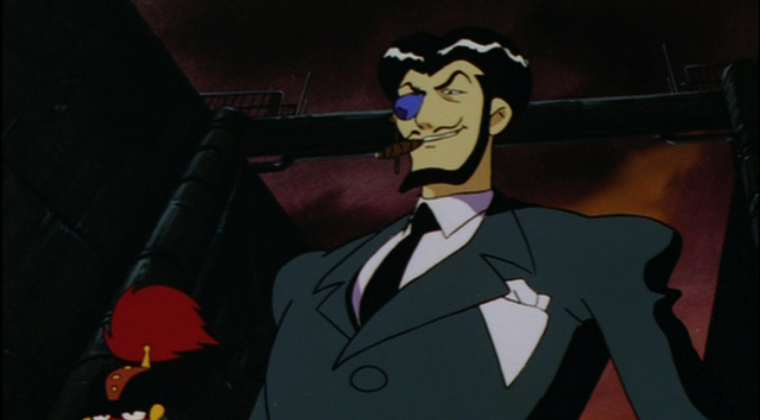 We’ve all heard those crazy conspiracy theories about secretive organizations that operate in the shadows. The internet has given legitimate scholars and kooky conspiracy theorists an equal platform to spread their views. And it’s often difficult to discern between truth, falsehoods, and straight out disinformation as most of us don’t have the time or inclination to properly research these theories.

Fortunately, we don’t have this problem with anime as the shadowy organizations depicted are often a vital and transparent component in many series. The audience is privy to the nature of these organizations, and the way they execute their plans as these series unfold. Since many of these organizations happen to be so damn diabolical, even the biggest conspiracy nuts on the internet will be left slack-jawed. 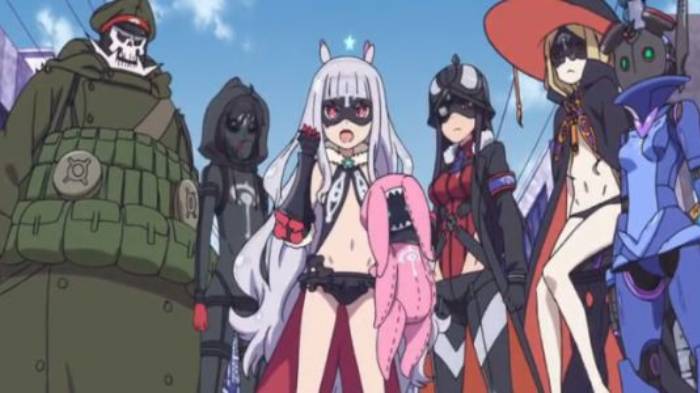 Screenshot of the wacky members of Zvezda from World Conquest Zvezda. A-1 Pictures.

Psychopathic old men usually run shadowy organizations that plan to take over the world. But anime has shown us that’s not always the case, as cute lolis also want in on the action. Kate Hoshimiya has managed to amass a loyal and wacky group of followers that will help her take over the world. While they may not seem particularly dangerous (they're an oddball bunch), it’s Kate’s persuasiveness and stubbornness that helps drive this lot toward world domination. 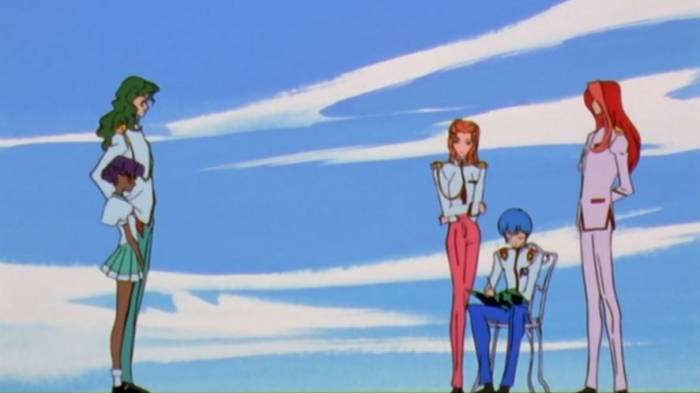 Will Utena find the underlying cause of the student council's plans, or will she be sucked further into a conspiracy filled with angst and despair? More importantly, will Utena figure out who the mysterious leader of the council known as 'End of the World' is? 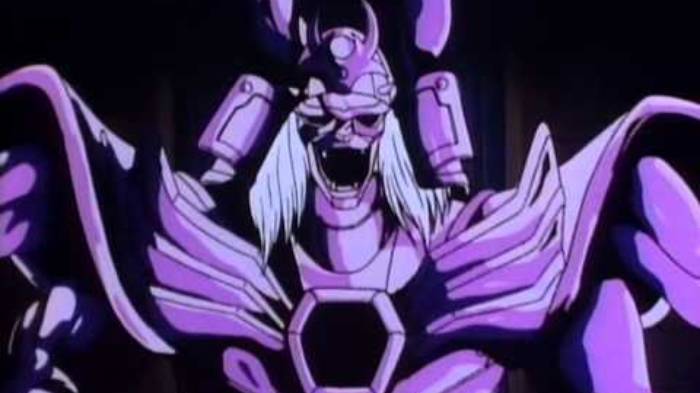 Screenshot of Talpa of the Evil Dynasty from Ronin Warriors. Sunrise.

Tulpa is an evil samurai warlord spirit who is in charge of the Evil Dynasty, a powerful ancient organization that has set out to conquer the earth. The members of this organization are the Dark Warlords and they possess powers through their unique armors. They make up a formidable force that seems to be succeeding in its plans for world domination. But will the Ronin Warriors be able to stop them dead in their tracks? 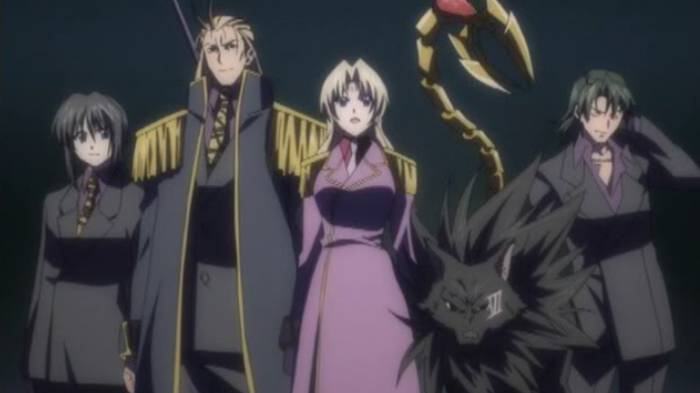 Screenshot of the members of Chronos from Black Cat. Gonzo.

Chronos is a secretive organization that happens to control a third of the world economy. It maintains global peace and is tied to many important politicians and business people. Key members of Chronos consist of elite assassins who deal with rival organizations and any individuals that stand in their way.

From: Giant Robo the Animation: The Day the Earth Stood Still 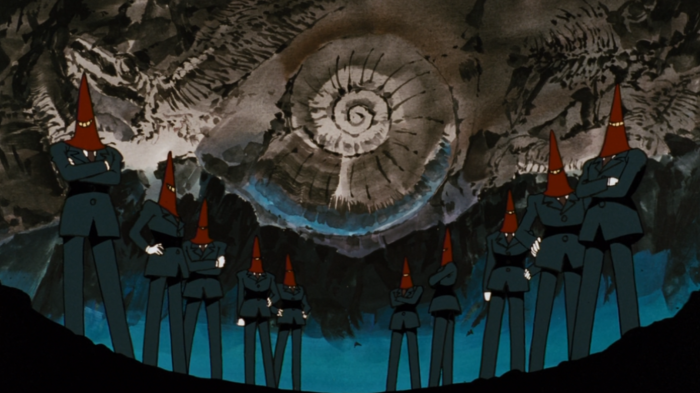 Innovative renewable energy technologies seem to be all the rage these days. These technologies are meant to improve people's lives; however, a certain secretive organization has other more nefarious plans in mind.

Big Fire is an evil organization that’s been hiding in the shadows and are made up of ten members known as the Magnificent Ten. Each member has amazing supernatural powers, and they’ll do anything to capture the Shizuma Drive, changing the very fate of humanity. They’re so damn powerful that the good guys need a massive robot to take them on! 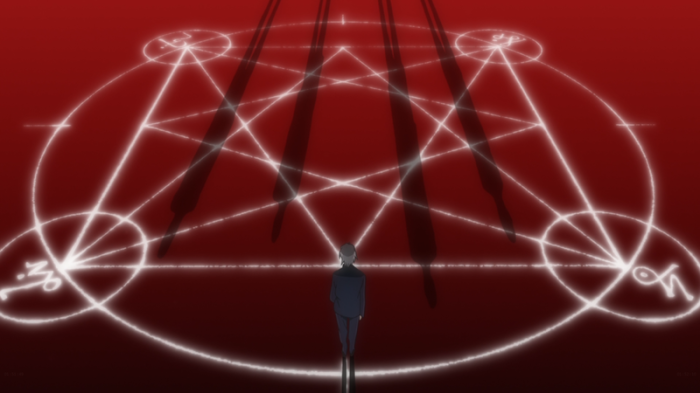 Kaworu Nagisu standing over a sigil of SEELE. Khara

It’s no secret that the Neon Genesis Evangelion mythos borrows heavily from ancient Gnostic teachings. And that plays a huge part in establishing a complex array of symbols, concepts, heroes, and villains that are integral to Evangelion.

Villainous organizations don’t come any more mysterious than SEELE, which is a secret society that’s influential enough to control the UN (United Nations). Their primary goal is to accomplish the human instrumentality project that will unite humanity as one and end all wars. And while SEELE’s plans may seem noble, it’s not exactly what humanity may want as it has the potential to interfere with the free will of humankind itself. 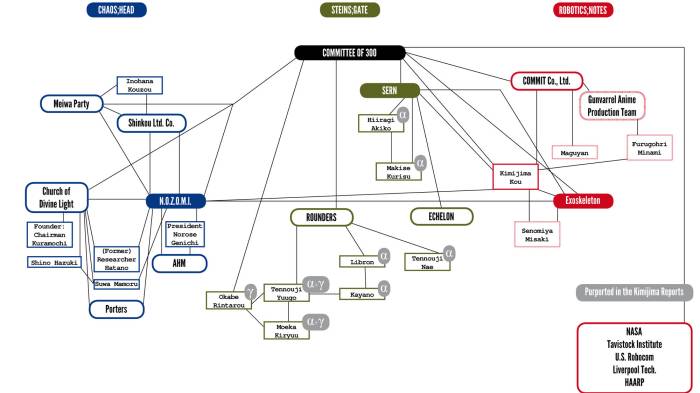 Image of chart explaining the Committee of 300 hierarchy. Source

The Steins;Gate series is chock-full of conspiracy theories and shadowy organizations that have become popular urban legends over the years. The Committee of 300 in Steins;Gate is modeled after what is widely believed to be the real life Illuminati. They’re the nefarious string-pulling organization that plans to purge most of humanity and usher in a one world government. Perhaps the Committee of 300 has been hanging out with SEELE as their ideas are similar in nature. 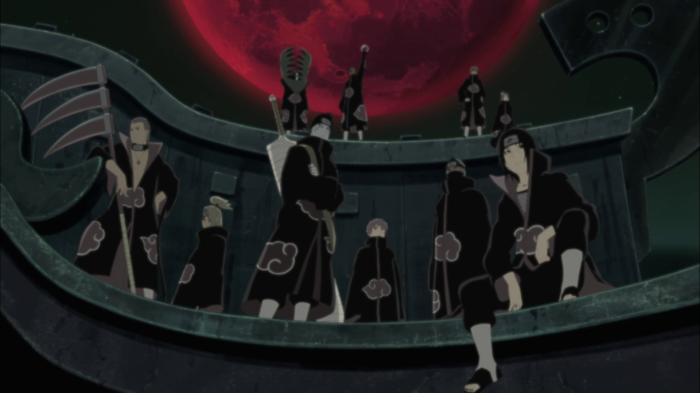 Still of the Akatsuki under a blood moon. Studio Pierrot

The Akatsuki are a band of ninjas that are notorious criminals and were led by different members as the organization evolved. While they may seem somewhat shady, they’re not as evil as the other organizations on this list - at least not originally. As the leadership of the Akatsuki changes, so have the goals of the organization gradually become more corrupted and perverse. 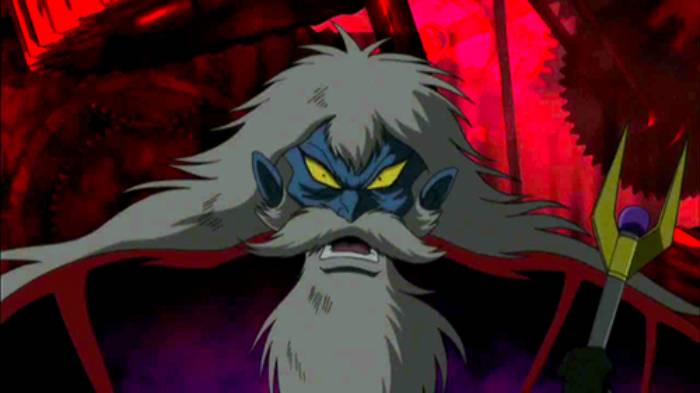 Still of Dr. Hell of the Underground Empire from Mazinger Z. Toei Animation

Dr. Hell is the diabolic leader of the Underground Empire (or Hidden Empire), and he’s always up to his dirty tricks. He pushes his plans for world domination by utilizing his army of Mechanical Beasts from his secret lair in Bardos. Only Kouji Kabuto, Mazinger Z, and the Mycenaen Empire stand in his way of accomplishing his plans. But Dr. Hell’s stranglehold over his generals and secret knowledge give him the edge. 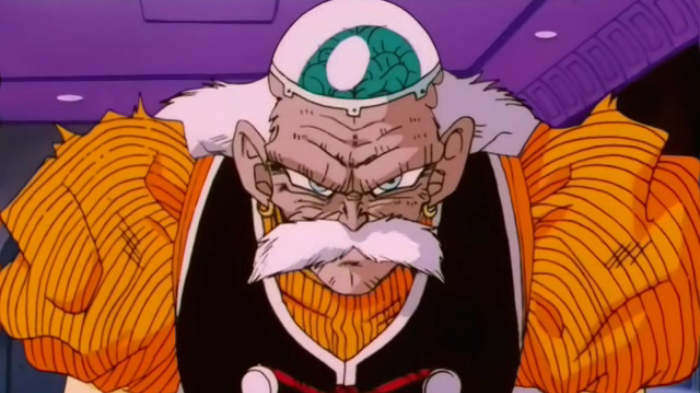 The free-to-play game, Armor Blitz, throws players into the world of Valhalla where the souls of history’s most recent war tanks enjoy the afterlife as cute anime tank girls. As their General, command the sexy tanks and fight against the strong, unknown force that is about the take over the world.