After a short break we are back and we are taking you to the final frontier, to everyone's favorite Mobile Suit Gundam!

Hello and welcome back to another, Five Figure Fridays! After a brief hiatus, we are back bringing you some of our favorite Gundam figures!

Gundam was created by studio Sunrise in 1979 with the release of Mobile Suit Gundam which revolutionized the mecha genre. It is said that Gundam first pioneered the real robot subgenre by placing its mobile suits into a militaristic war setting and adding certain elements to make the show seem grittier, and more realistic. The technology in the series usually takes inspiration from real life scientific concepts and theories, and are mixed with certain fictional elements. So join us as we appreciate some of the best Gundam figures on this side of the Solar system! 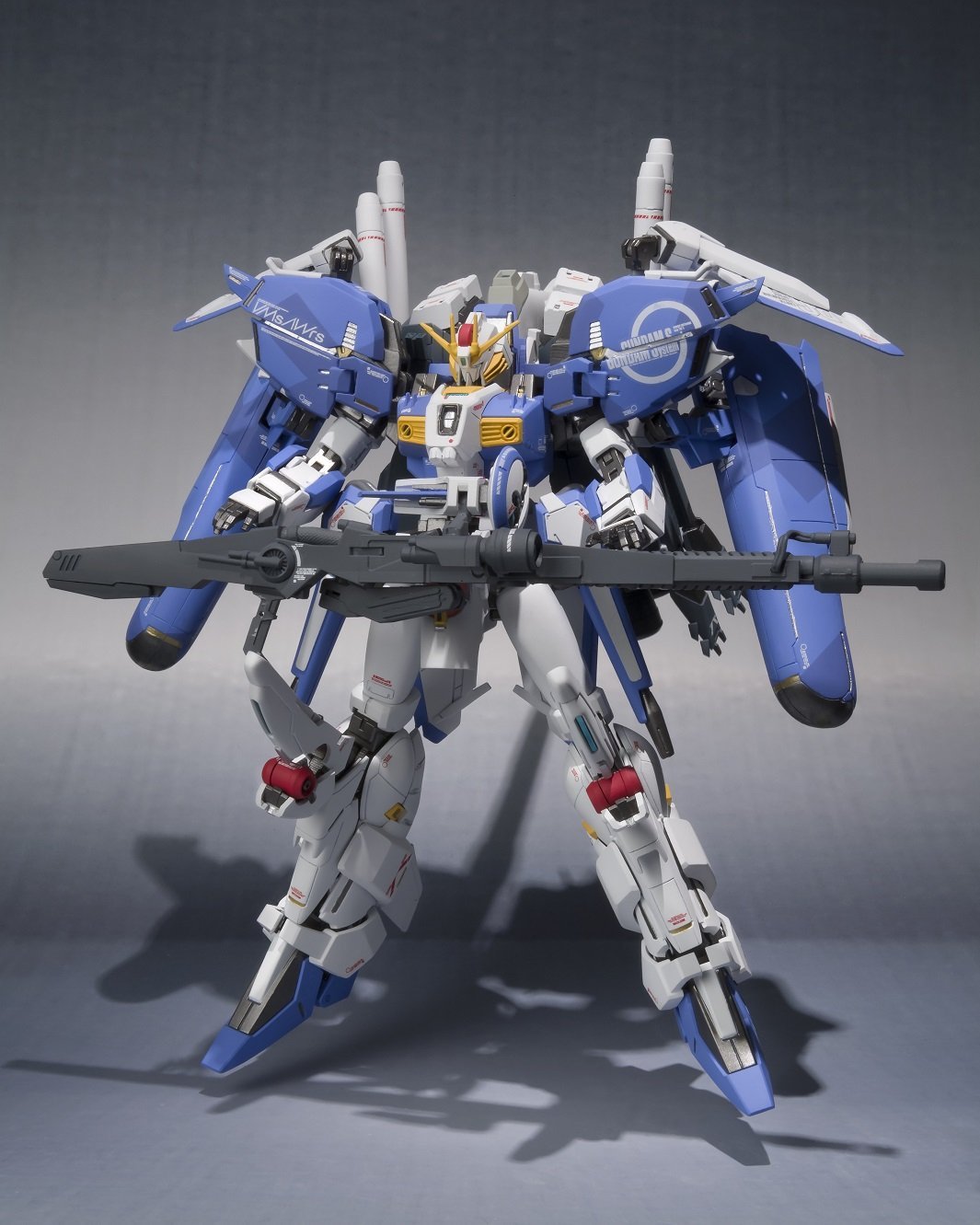 Off we go with the figure of the MSA-0011[Ext] Ex-S Gundam (aka Extraordinary-Superior Gundam) from the magnificent Gundam Sentinel. This ABS, Die Cast, PVC figure comes from Bandai and their Robot Damashii line. It was released in November 2016 with the sculpting done by Katoki Hajime. With this figure, you will get a beam smart gun, an intercom cable, and intercom repeater, optional left and right hand parts, two beam sabers and a base set. The figure is extremely poseable. You can even open and close the shoulder armor and use the expandable beam smart gun. The reflector income parts can be opened and closed or completely removed if you wish, and the angle of the booster unit can also be changed. Ex-S Gundam is 15 cm (5.85 inches tall) and can be yours for about 21,440 yen (~188 US dollars). 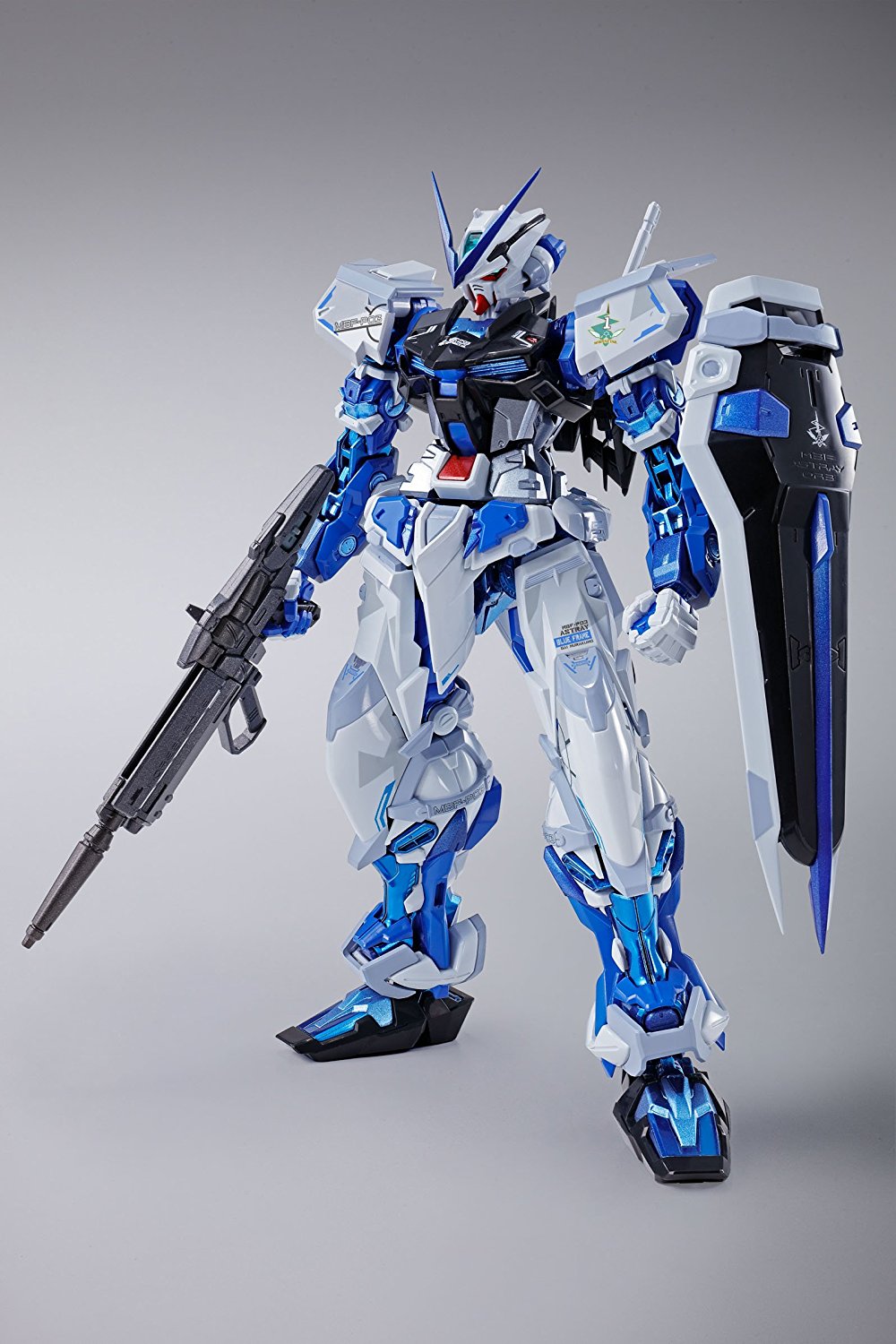 Our number 4 spot belongs to Gundam Astray Blue Frame from the Gundam Seed Astray series. This Gundam was released by Bandai as a part of their Metal Build line in December 2016. The ABS, die cast, PVC figure is 18 cm (7.02 inches) tall. This figure is fully articulated and is a true work of art where even the tiniest details have been faithfully recreated. Not to mention that it comes with a crazy amount of bonus accessories. An antenna, a backpack, a beam rifle, an anti-beam shield, a custom stand, a weapon rack, a joint system, two beam sabers, two 3-shot short-range guided missile launchers, two 8-shot short-range guided missile launchers and three types of exchangeable hands. With this you will surely manage to recreate your favorite battle scenes! Own it for about 26,685 yen (~234 US dollars). 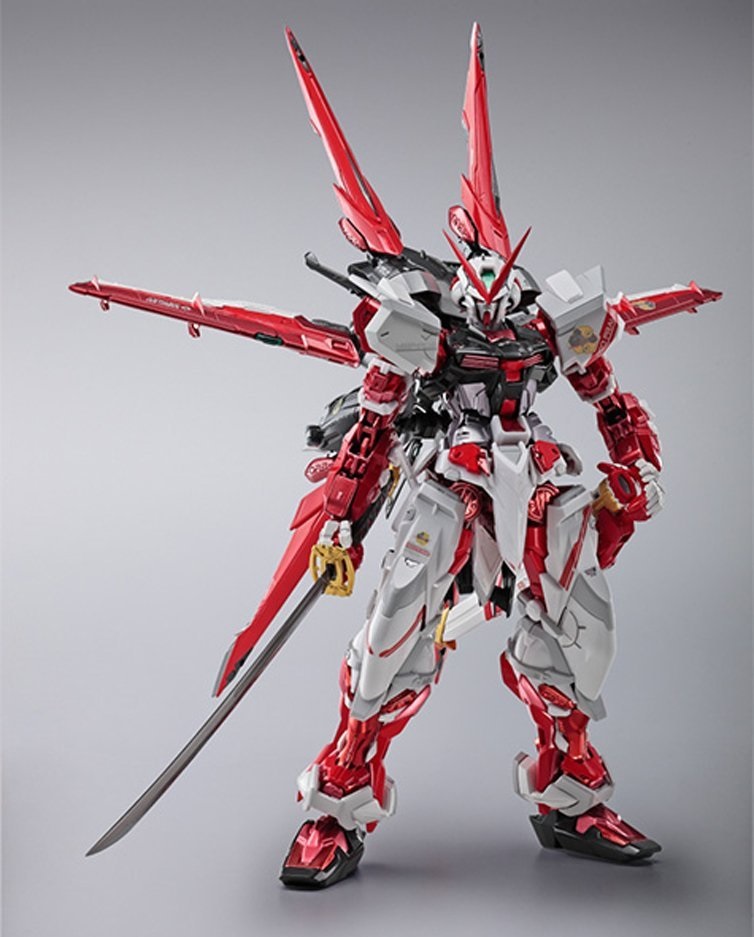 Our number 3 spot belongs to the Gundam Astray Red Frame operated by Lowe Guele from the Gundam Seed Astray series. The Astray Red Frame was released in March 2016 by Bandai as a part of their Metal Build line. The ABS, die cast, PVC figure is 18 cm (7.02 inches) tall but with its Flight Unit the figure becomes 20 cm (7.87 inches) tall. The figure is not only recreated to the tiniest detail but it is also highly poseable. Plus, the figure is packed with additional accessories like a backpack, a beam rifle, an anti-beam shield, a Gerbera straight set, a stand set, two beam sabers, five types of optional left hand parts and four sets of optional right hand parts! With this figure the possibilities are endless and it can be yours for about 43,860 yen (~388 US dollars). 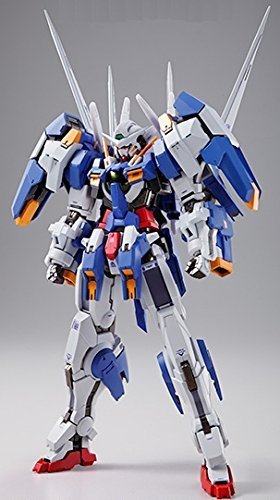 Next on our list is the figure of GN-001/hs-A01D Gundam Avalanche Exia from Gundam 00V. Avalanche Exia comes from Bandai and their Metal Build line. This figure was released in December 2014 as a Tamashii Web Shop exclusive. Avalanche Exia is a PVC, die cast and ABS figure that is 18 cm (7.02 inches) tall. Bandai didn’t skim on the extras as this figure comes with a weapon pack that includes GN Beam Sabers, GN Beam Daggers, GN Long Blade and GN Short Blade, four different hand sets, a stand and more. This Gundam can be yours for about 46,000 yen (~407 US dollars). 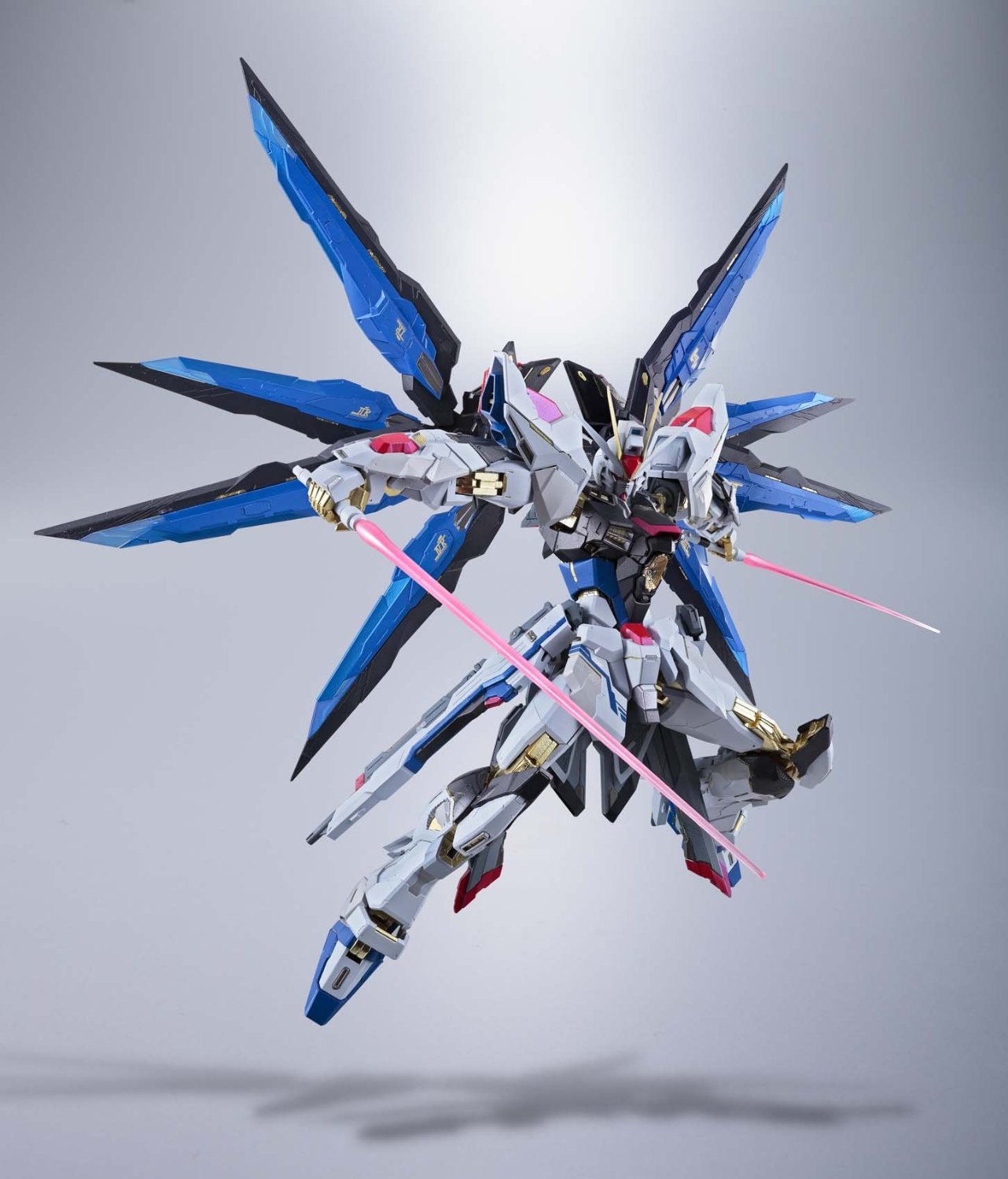 Our top spot goes to Strike Freedom Gundam piloted by Kira Yamato from Mobile Suit Gundam SEED Destiny! Bandai, in November 2015, released this highly articulate figure as a part of their Metal Build line. Strike Freedom Gundan is almost as flexible and maneuverable as its series counterpart! The ABS, die cast, PVC figure is 19.5 cm (7.61 inches) tall. Not only you can pose this figure in a wide variety of ways but this Gundam comes with a number of awesome additional parts! A backpack, a base, a Dragoon fixing arm, left and right High-energy Beam Rifle, 5 interchangeable wrists, two beam sabers and two beam shields all come with this figure allowing you to create that perfect battle scene! Spread the DRAGOON Mobile Weapon Wings and you will get a truly intimidating Gundam worthy of any collection! This beauty can be yours for only about 55,165 yen (~488 US dollars).

And so we come to the end of this space oddysey! Until next Friday, pilot those Gundams safely!