Pokemon Go has only been out for a couple of months, and it's already become a huge part of our society. It's the perfect blend of nostalgia, social interaction, and fun, targeted squarely at a generation that desperately needed a distraction from real world issues. History is full of instances where the public relied on the media as a form of escapism. In this case, our escape just happens to take the shape of capturing cute fantasy monsters.

Whatever you think of the Pokemon Go phenomenon, it's definitely making its mark on the world. Whether the craze is just a phase or if the world will continue catching 'em all for years to come remains to be seen… But here are some incredible ways Pokemon Go has already changed the world. 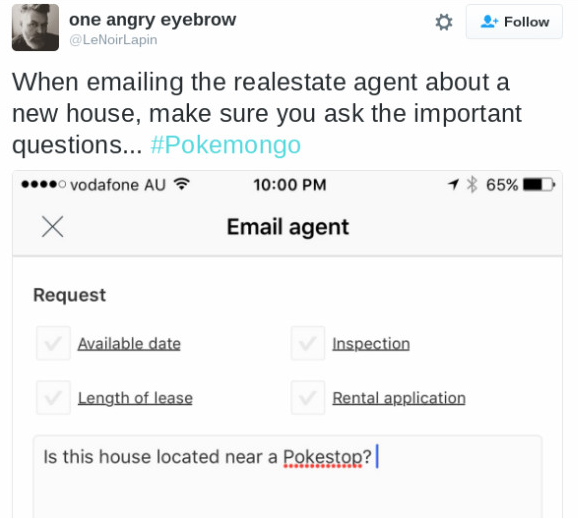 When you're looking for a new house, you need to consider its proximity to transportation, parks, good schools if you're a parent… and now, Pokestops and gyms. Many sellers are updating their listings to include how close the houses are to stops and gyms, or even what kind of rare Pokemon spawn nearby. One ad on Zillow for a Tacoma, WA spot boasts: "3 Pokemon Go Gyms, and 5 Pokestops. Confirmed Squirtle sighting in the backyard, and there may or may not be a Charizard lvl 7 in the neighbors' shed. Must see to appreciate!" 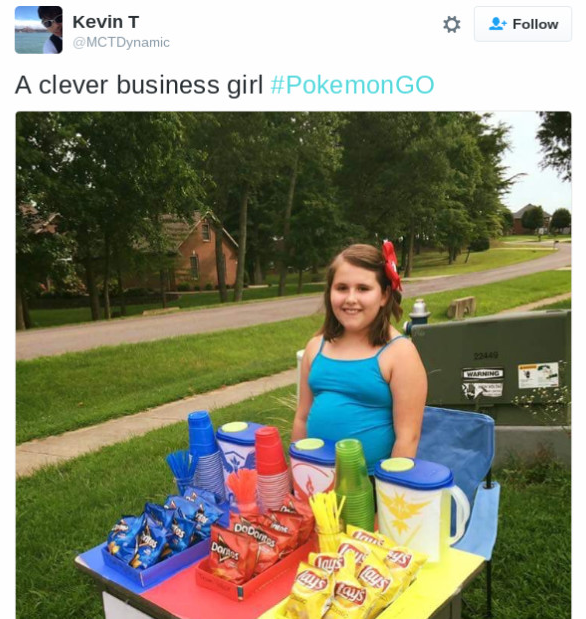 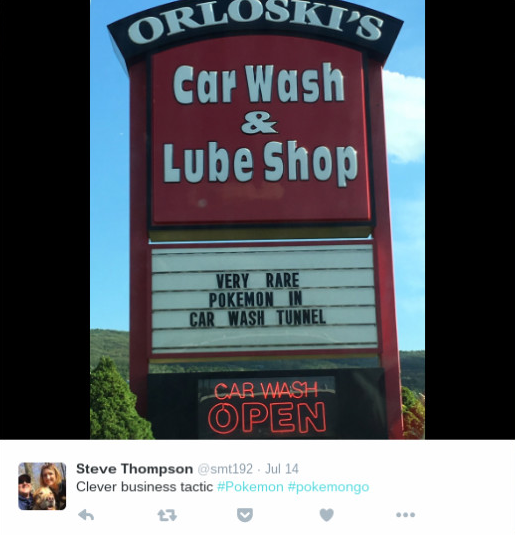 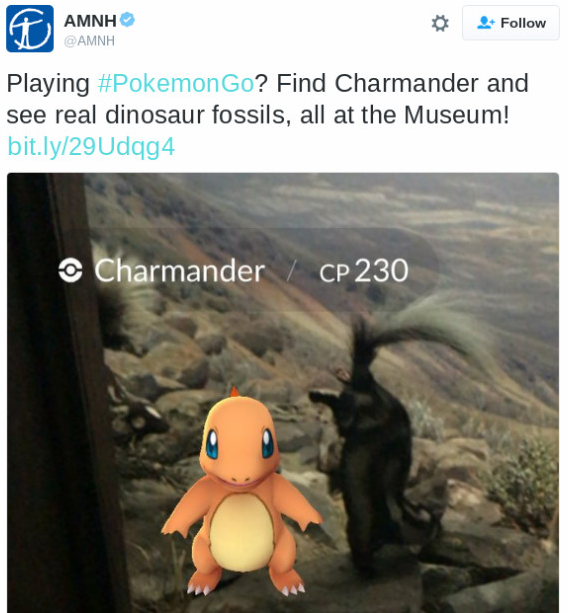 There is a fair number of businesses and museums who disapprove of the sudden influx of loiterers visiting their grounds. Several holocaust museums around the world, for instance, are not too happy about people visiting for all the wrong reasons. Many other places, though, are quite welcoming to players.

Some businesses that happen to be Pokestops have started offering discounts to players (or certain teams), while others offer incentives for players to actually head inside, instead of playing from the corner. A few museums, like ones in the often-forgotten Staten Island borough of New York, are just happy anyone's visiting… for any reason. 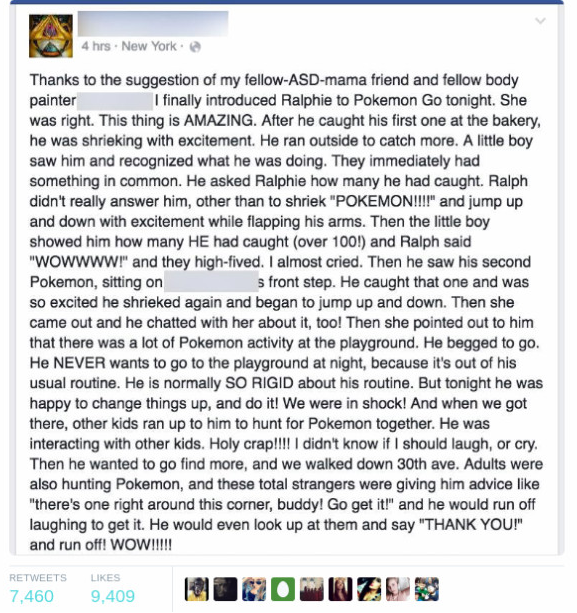 For you, Pokemon Go is just a game. But for some, it can be a surprisingly effective form of therapy. Stories have been popping up all over the internet from ecstatic mothers of autistic children. The app is acting as a bridge for these children, letting them connect with the world and the people around them in a way they've never been able to before.

The effect is not limited to children with autism. The game has helped individuals with social anxiety, agoraphobia, and other stress and anxiety issues. By putting a screen between the world and these people, and giving them something in common with those around them, Pokemon Go is doing what medications fail to do: making people want to interact with the world.

It's making us more aware of our surroundings 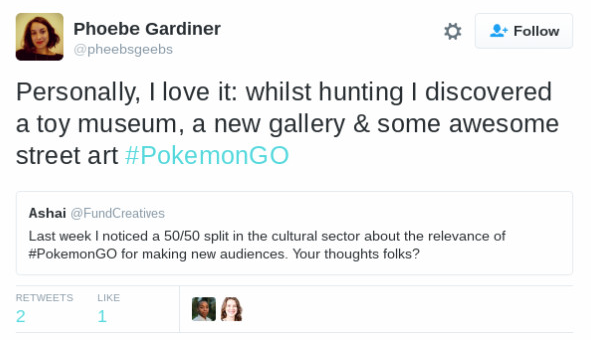 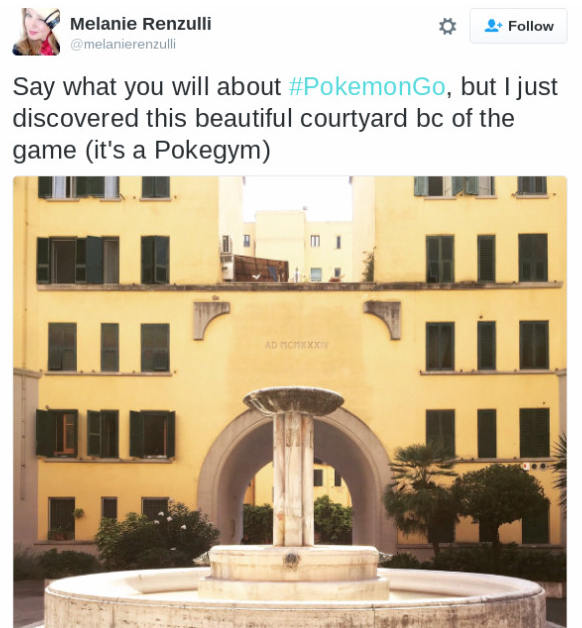 You'd think keeping your eyes glued to your phone as you walk would making it harder to see your environment. Paradoxically, the app is having the opposite effect. In addition to letting people discover new places around them, some players have been helping out the police in unexpected ways. There have been at least two occasions of Pokemon Go players finding dead bodies while playing. In another case, two Pokemon Go players helped the police catch an attempted murderer. We're not saying these things will happen to you (who actually wants to find dead bodies, anyway?). But we are saying that you may discover something about your neighborhood you've never noticed before.

It's helping rehabilitate kids (and adults) in hospitals 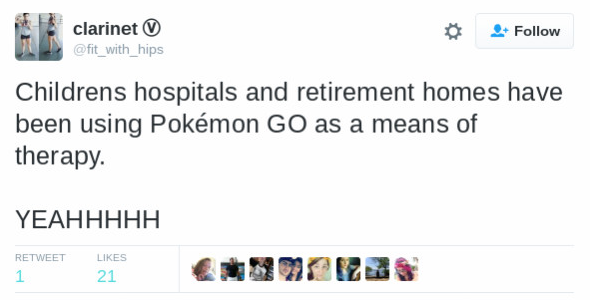 Some good Samaritans decided that it would be nice to drop a lure at a Pokestop near a children's hospital. The idea has caught on, and many trainers have taken to luring stops at hospitals for those who can't go outside. While the people doing this have the best intentions, many hospitals have since asked them to stop - the lures were making immobile kids want to get up, and leading people to restricted areas.

This isn't to say the game has been banned from hospitals altogether. Quite the opposite: A number of children's hospitals have seen the potential of the game, and have started using Pokemon Go to help rehabilitate children. Guided by nurses, kids are motivated to go outside, and to get out of the hospital bed. It's an effective distraction, right when they need it most.

Children aren't the only ones to benefit from the game. Playing Pokemon Go has also helped older people in retirement homes, adults undergoing physical therapy, and plenty of others. 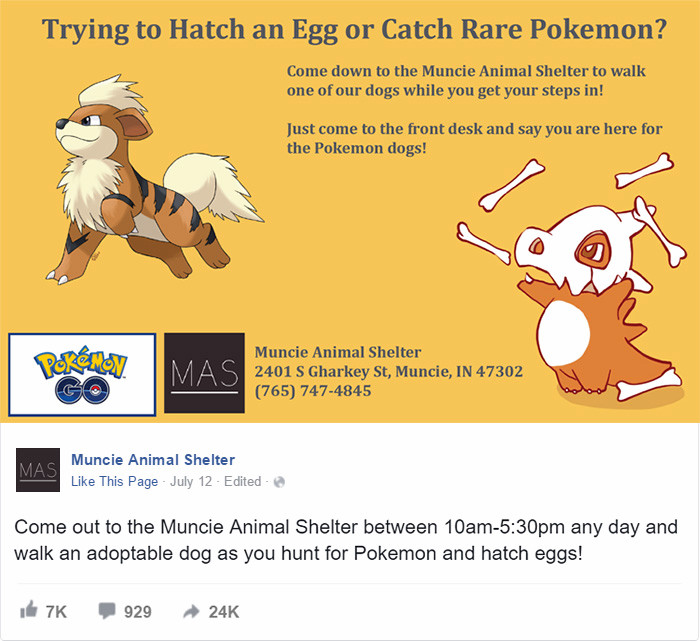 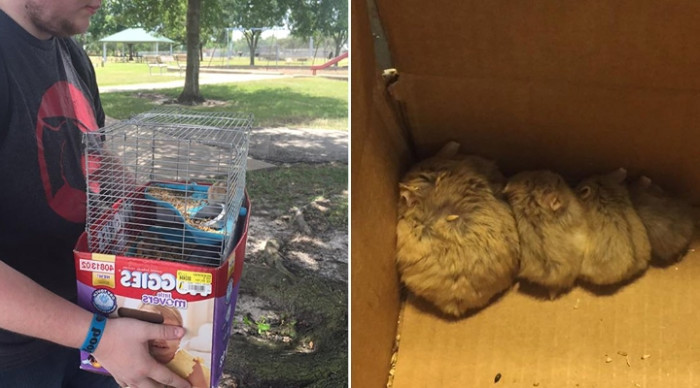 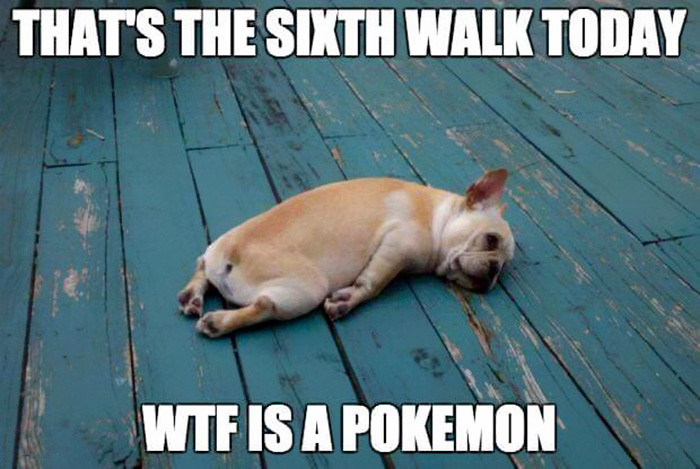 Pokemon Go has players trying to catch imaginary animals, but it's also having an effect on real animals. One animal shelter recruited Pokemon Go players to volunteer to walk their dogs while playing the game. Another team of Pokemon Go players discovered a box of 27 animals abandoned outside (and rescued them to good homes). Having a digital animal distraction doesn't mean real animals aren't feeling the love, too!

It's bridging the gap between generations and demographics 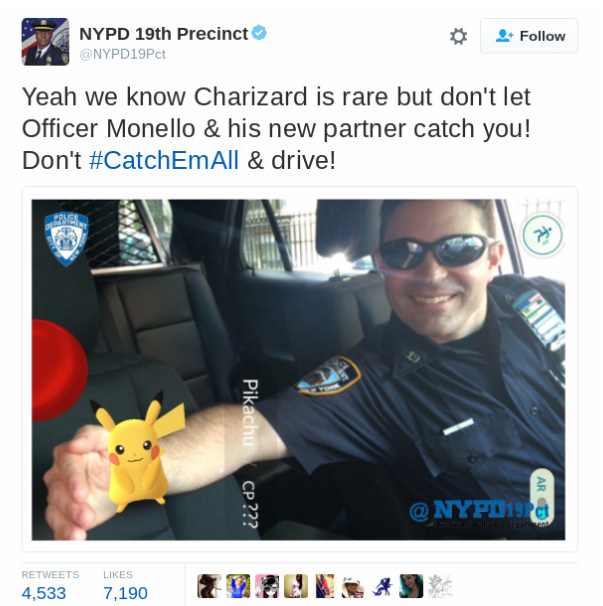 Until now, most phenomenon and crazes have been confined to a specific age or demographic. But there's no avoiding Pokemon Go, even if you happen to be on a pension. All the impact the game has had, combined with the need to physically leave your house and go outside, has made the game extremely visible both to its target audience, and to mainstream society. This has led to people of all ages and backgrounds to unite and begin a conversation, usually stemming from the question, "What the hell is a Pokemon?"

One Reddit user shared a story of helping an elderly woman on the street learn to catch Pokemon. A few instances have been reported of cops playing Pokemon Go with community members.

There will always be downsides to everything. Not all the Pokemon Go news coming in has been positive. But it's clear to see from the way the game is affecting the world, that at least it's making us all the very best, like no one ever was. 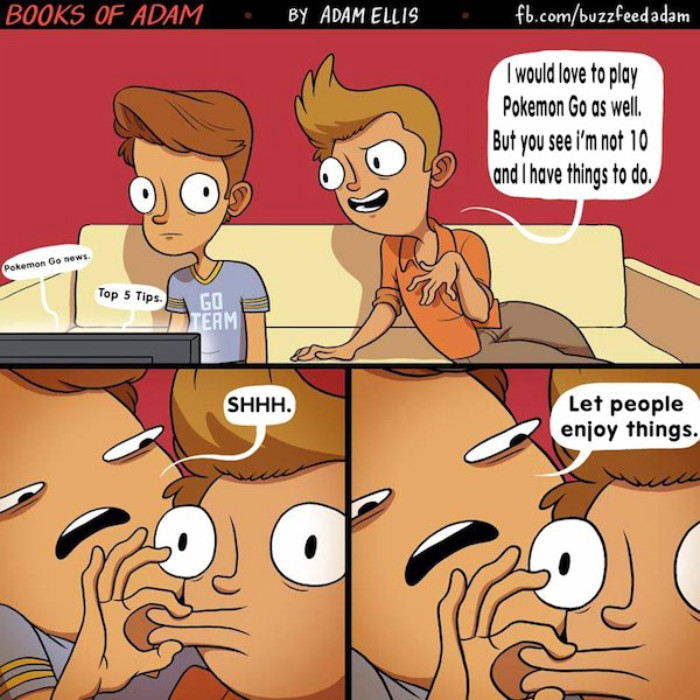