Are You Familiar With Korean Anime?

When we say ‘anime’, the very first thing that will come to your mind is probably Japanese anime. And why not. The beautiful, imaginative, and sometimes weird animation that the island nation produces has more or less ruled our imagination. However, it should not surprise that anime is not just about Japan. In fact, there is another nation that is fast catching up to the behemoth that is Japanese anime… 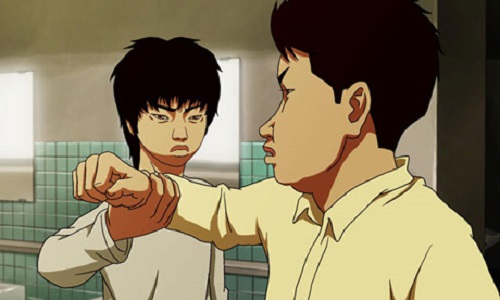 To call them the new kids on the block would be slightly misleading, but it has only been recent that Korean anime, or Aeni, has had its fair share of the spotlight. The history of their animation industry would probably make for a must-watch movie itself, with the highs and lows punctuated with enough dramatic punch. Their evolution from the age old techniques to the very frontier of animation technology reflects the intense passion that exists there.

It would be fair to say that Korean culture has a rich history of storytelling through animated images. It all began with the humble handheld flip-book that told fascinating stories through imaginative artwork. The modern form of Korean animation, as we know it, originated in 1960. And its origins had largely one man to thank.

When Shin Dong-heon sat in a dark theater watching the Disney’s Peter Pan in 1957, little did he know the impact that the animated movie was going to have on him. It was not immediate, but the movie’s influence would soon find an outlet through his early work.

You may find it hard to believe that public service shorts served as the first vehicle of Korean animation. And you may find it harder to believe that it was the armed forces that bankrolled the project. With such an interesting origin story, it comes hardly as a surprise the heights that the industry has reached today. But let’s not get too ahead of ourselves…Back to Shin Dong-heon.

Now, in order to make the animated shorts in the sixties, Shin had to rely on celluloid discarded but the United States air force base. That’s right. Because film rolls were expensive, the commercial artist had to use those tossed out by the Americans. What makes this even more interesting is that in order to use those cells, Shin had to re-wash them first before he could use them. This practice held him in good stead when he made the first ever animation short in colour in 1963. 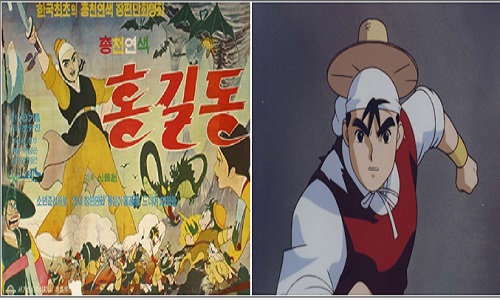 In many ways, the first full-length anime film, Hong Gil-dong, would define the Korean animation industry, from the sixties right up to 2010. The movie, directed by none other than Shin Dong-heon, was a rip roaring success. Consider this number- more than 200,000 tickets were sold in the first two weeks. This was huge considering the population of South Korea in 1967. Hong Gil-dong became a blockbuster thanks to the backs-to-the-wall effort by its team of animators. Working for nearly 20 hours every day for 40 days, the final cut of the film was ready only by 4 am on the day of its release. That’s the effort and dedication that made the movie possible.

Korean animation had a very bright start, but the success of Hong Gil-dong did not translate into other domestic productions. One reason was that the money invested got poor returns. Shin himself moved on from making Korean animation to developing work for the overseas market. This would become the template for the domestic industry. 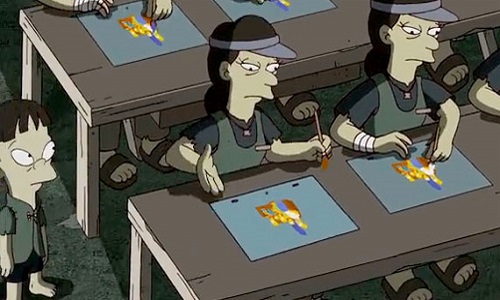 Quick question: What do shows like The Simpsons, Hey Arnold!, Ben 10, Family Guy, and Justice League Unlimited have in common? The answer is Korean animation.

Post Hong Gil-dong, the animators realised that the best way to earn a living while pursuing their passion was through working for the two biggest animation markets – the US and the Japan. Beginning from the seventies, Korean animation studios directed their efforts to creating the base for the animation shows: backgrounds, character sketches, and other kinds of raw animation. The result was that the Korean market began to attract work from the big studios. This led to big money flowing into the industry. The work produced was of high quality at an economical budget.

The eighties, the nineties, and the first decade of the new millennium witnessed the bubble. The only downside was that the industry was seen as a bit of a sweatshop that could do work, but not create anything original. This would come back to bite Korean animation when the market went bust.

The fact that Korean animation was largely dependent on outsourcing their work meant that when the global recession hit, the industry had to bear the aftershocks. This was, perhaps, the first real crisis they had experienced. Before, there was always outsourced work to tap into and keep the ship afloat. With that gone, the animation industry just didn’t know where to head. Every dark cloud, however, has a silver lining. 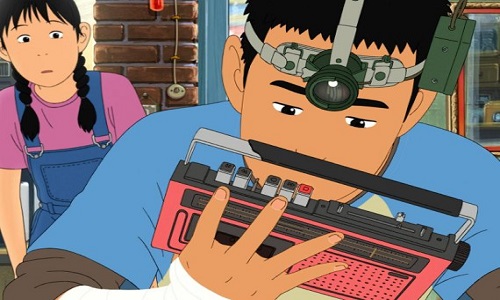 The crisis led to a lot of soul searching among the talented and passionate animators. They realized that Korean animation had to outgrow, had to evolve, from being just an outsourcing hub. And that’s exactly what they did. The recession then actually galvanized an industry. 2011 would probably go down as the watershed moment. This was the year when the focus of Korean anime was finally directed towards creating domestic content. Two animated movies captured the imagination of the audience and hooked the world’s attention.

Leafie - A Hen into the Wild and Green Days: Dinosaur and I showed the talent and imagination that Korean animation possesses. The latter even attracted the attention of the global festival circuit. Aeni had finally managed to step out of the shadows of American and Japanese animation. The decades spent on working for these two industries had finally borne fruit.

Korean animation may still be not as popular as Japanese anime, or as global as American animation, but the industry is definitely enjoying its moment in the sun.