Top 15 Mermaid Anime Characters that Sleep with the Fish

There's a whole different world under the water, where you'll find the wonderful half human, half fish being - a mermaid. Take a deep breath, we're going down! 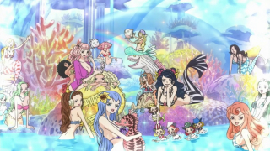 Mermaids in anime are beautiful, graceful, and sometimes silly creatures who are at home under the water. These 15 anime offer a glimpse at the life of these mythical underwater beings. 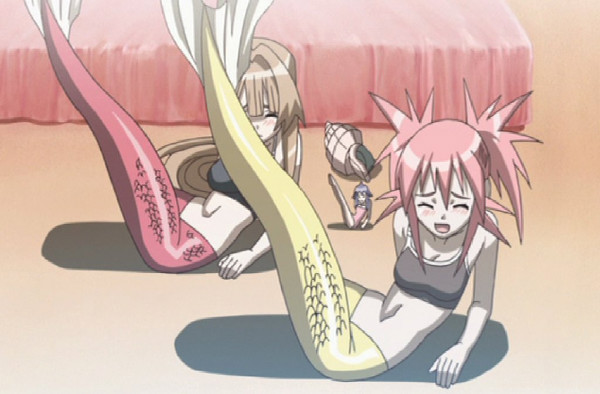 How far would you go to save the life of a stranger? Mermaid Sun Seto risks her life to save a drowning boy, and in return Nagasumi Michishio offers her his hand in marriage in order to save both of them from her Yakuza family's wrath. Let the hijinks ensue! 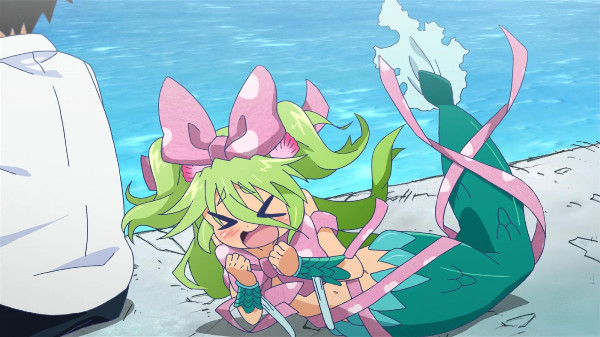 Muromi-san is a bit slow on the uptake, a bit crazy, a bit of a drunk, and very much unaware that she's a mermaid. Things change for her and her mermaid friends when Takurou Mukoujima accidentally fishes her up and reveals to her the wonders of the human world. Looks like Takurou caught a whopper... 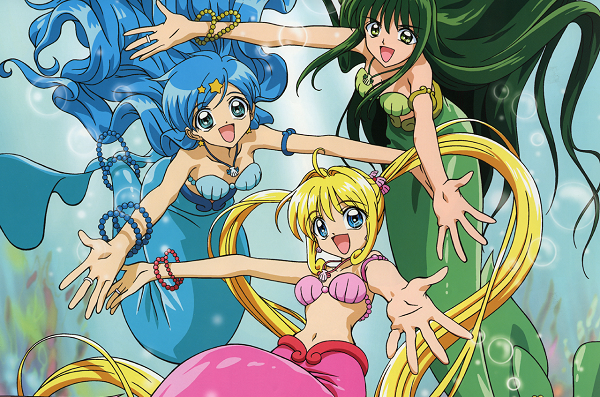 These girls are more than just mermaids in human form -- they're also teen singing idols! It's not all fun and games, though, as the stake of their ocean world depends on them and the powers they gain through their singing. 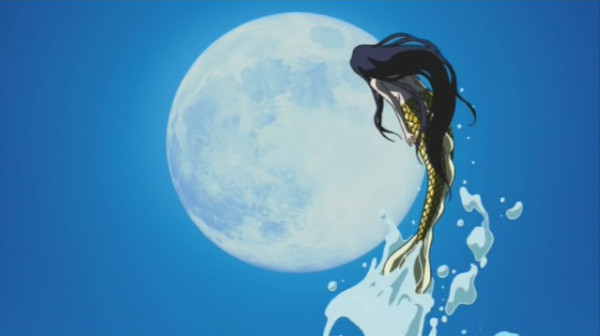 If you think all mermaids are cute and girly, you might want to avoid Mermaid Forest and its OVA Mermaid's Scar. The mermaids in these anime are portrayed as selfish and dangerous beings, who eat humans to stay young. The sinister tones of the anime are a bit surprising coming from creator Rumiko Takahashi, the mind behind Ranma ½ and InuYasha. 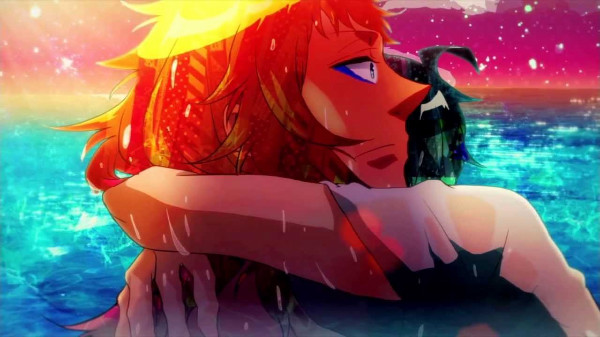 Part of the Kono Danshi shounen-ai series, this installment features a tale of forbidden love between a merman and a high school boy. Long distance relationships are difficult enough to maintain, but it's even more difficult when you literally live in different worlds. 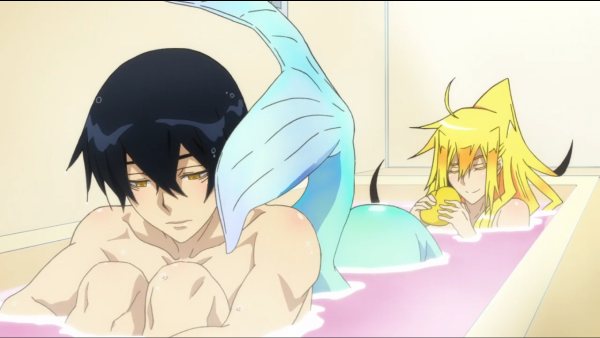 Imagine waking up one day and finding a merman in your bathtub. That's exactly what happened to Tatsumi, who must now care for the merman who invited himself to live in Tatsumi's bathroom. Wakasa is not a terrible houseguest, but it sure costs a lot to keep a merman happy.

Ningyohime Marina no Bouken (Saban's Adventures of the Little Mermaid) and 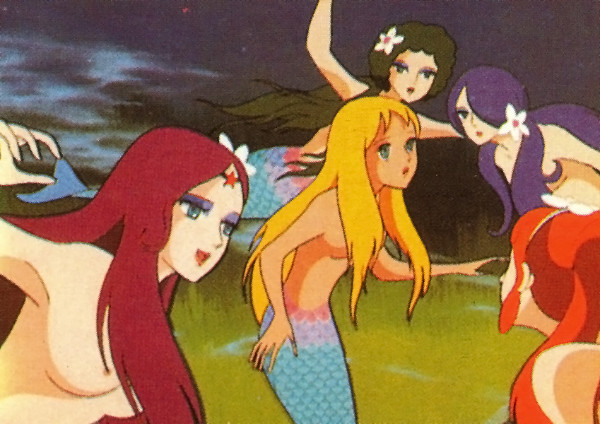 In these two retellings of the classic Little Mermaid tale, the leading mermaids both meet a human prince, and both decide that love is worth giving up their fins for. 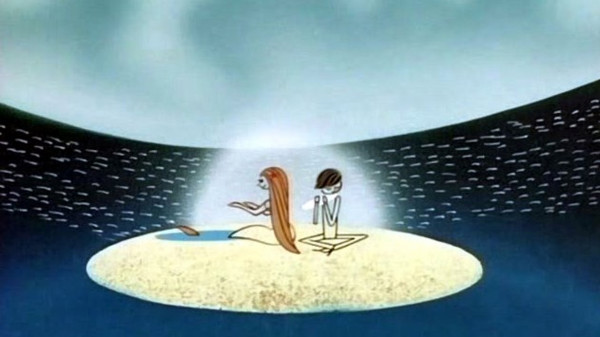 The world would be a different place without our imagination. The boy in this uniquely styled anime lives in such a world, so when he finds a fish that transforms into a mermaid he is punished for his "nonsense." But what will become of the beautiful mermaid in a world where no one believes she exists? This super short film comes from the mind of Osamu Tezuka, the "father of anime!" 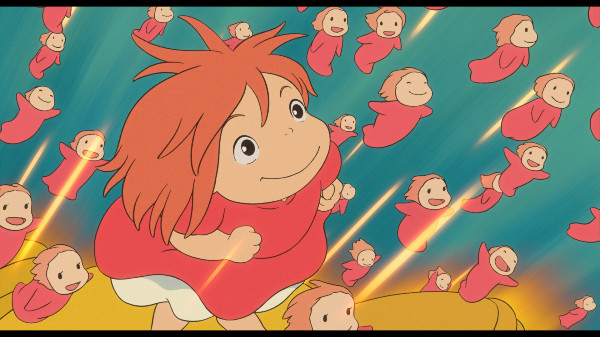 Ponyo is not a full-fledged mermaid, but she lives in the sea. She's so little that she's only a goldfish of a mermaid! 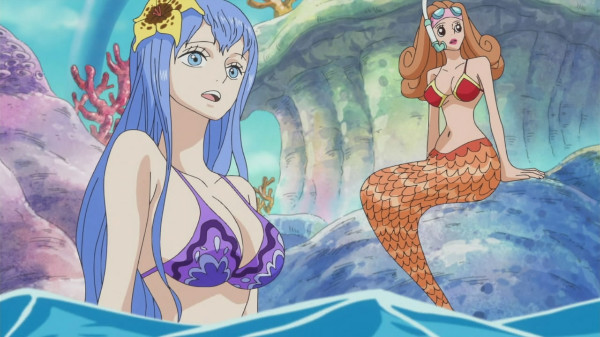 One Piece has its share of merfolk, like the beautiful Shirahoshi and Mero. In an interesting twist to the usual mermaid folklore, mermaid tails split into two when they turn 30, allowing them to walk on land. Even more interestingly, merman tails do not. 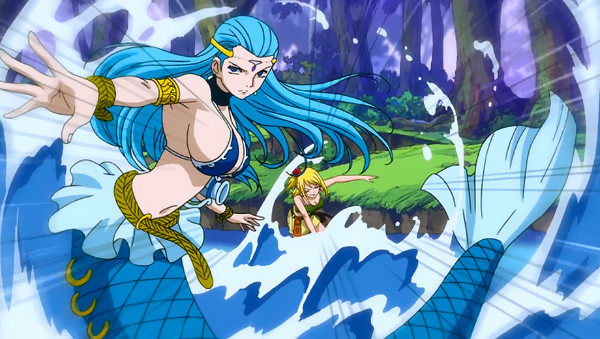 You can find mermaids in the anime Fairy Tail, unironically. Aquarius is a beautiful but moody mermaid who is based on the zodiac sign of her name and uses water-based magic. 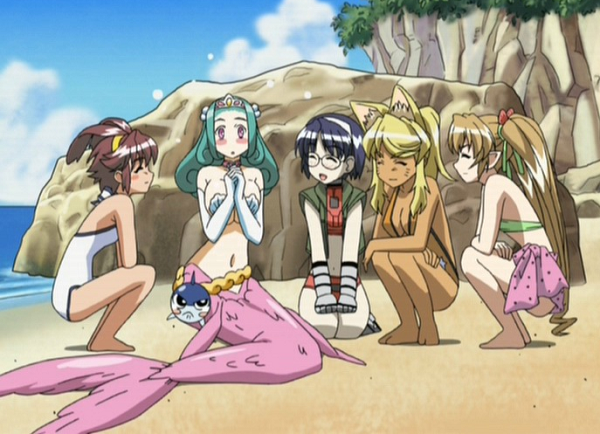 Pokkan has plenty of strange and mythical beings, so the mermaid princess Lulu is not too out of place here. Like many other mermaids in these anime, Lulu wants to win the love of a human boy. As they say, the grass is always greener… or the seaweed, we suppose. 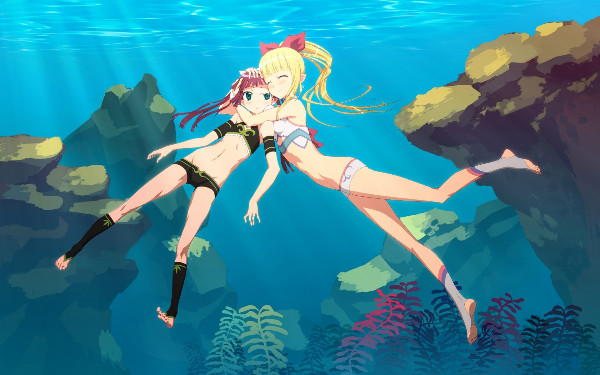 Not all mermaids have fish tails. The mermaids in Umi Monogatari look like regular girls who just happen to live under the water with among the fish. They long to visit the human world, though. The ocean must be a really terrible place to live or something!

Nagi no Asukara (A Lull in the Sea) 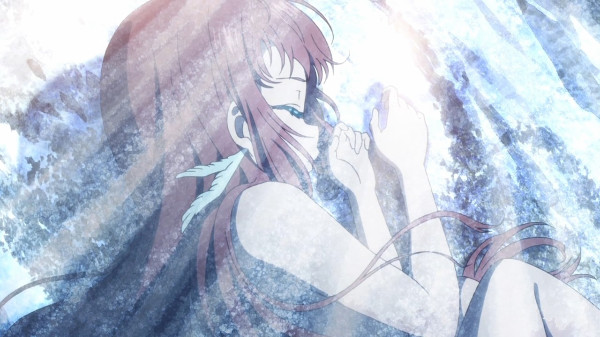 There are no mermaid tails here either, but the people of this anime have the ability to breathe underwater. The mermaids and humans are not that different, in fact, but the rift between them has grown large over the years. Can they learn to live with each other again? 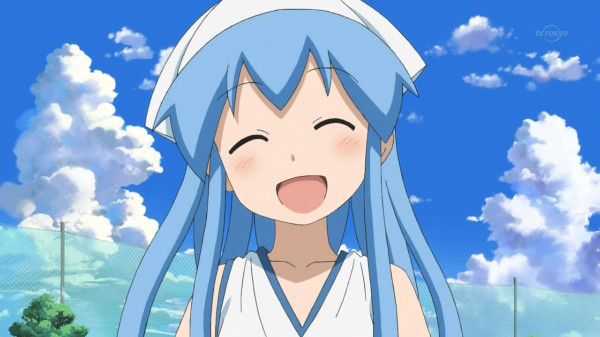 Here it is, the answer to the question posed by most of the anime in this list: WHY are all the mermaids so desperate to come live in the human world!? According to Ika Musume, the waters of the world are becoming polluted! Ika might not technically be a mermaid, but as a squid girl she does live under the sea. Lucky for all the other mermaids, instead of coming out of the waters because of a boy (ugh), Ika emerges to enslave the humans and punish them for turning the oceans of the world into a terrible place to live. Too bad she's just so darn cute!