In this episode of Akagami no Shirayukihime, we witness how love can weather any storm and how conflict can create something wonderful in its wake. Shirayuki also convinces someone that she is no ordinary woman. 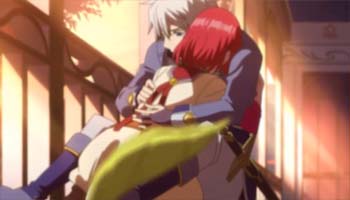 In the previous episode of Akagami no Shirayuki-hime, Shirayuki felt uncertain about being with Zen after the mean tricks played by Prince Izana. She reaches a conclusion in this episode though, and decides to meet with Zen. The two of them talk about Shirayuki's personal conflict and Prince Izana disapproving of her. They reassured each other that everything will be alright, and delivered those sentiments while they were passionately hugging. 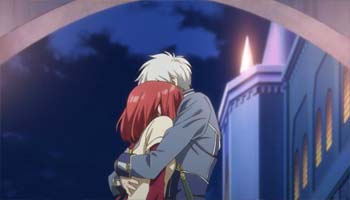 It's great to see the two characters finally do more than just touch each other's hands. They now openly hug each other, twice in this episode. The first time is to settle each other's conflicted hearts, and the second time is when Zen tells Shirayuki that she can stay in the castle. It appears that Prince Raj's unintentional declaration, that Zen wants Shirayuki as his fiancé, has spread throughout the castle. The dialogue has subtle hints, but it seems Zen doesn't want to refute Raj's claim. He wants Shirayuki to brace herself from all the rumors instead, quietly declaring that he does indeed love her, but he is trying to maintain his image as a prince by not actually telling people about it. The hug is part of the subtle declaration, along with Zen telling Shirayuki to be herself in the castle from this point on. Zen is telling Shirayuki that she shouldn't care about what others think, because Zen is now ready to love her. I personally prefer a more telling approach, since the moment does fly over your head if you're not paying close attention, but it does deliver a satisfying conclusion to Izana's meddling. Rather than pry them apart, it only made them closer together and erases any doubt about whether they should love each other. 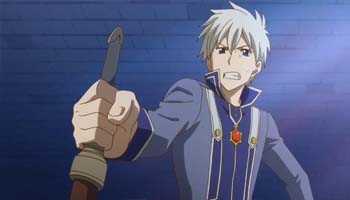 With his new found confidence, Zen even has the guts to talk directly to his brother. He could only clench his fist in the previous episode, but Zen is now determined to convince Izana that he wants Shirayuki to stay. Prince Izana entertains his request to talk, but only during a sparring session. He reasons that people might think coldly of Zen, when they realize he only fell for Shirayuki because of her red hair and nothing more, but Zen assures him that Shirayuki is no ordinary girl. Zen explains that Shirayuki has a talent of breaking down preconceptions, so he isn't worried about what others might think. The audience is already convinced of this, because she once had a sword pointed at her while trying to prove she wasn't using Zen's status to her advantage 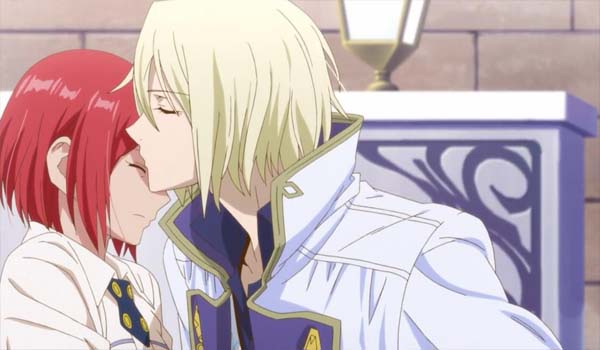 Prince Izana is also convinced of this fact, when he meets Shirayuki a second time. He is impressed seeing Shirayuki stand up for herself, and how she declares that she wants to stay in Clarines because it's the country where she met Zen. Again, it's another subtle declaration of love. It seems enough for Izana to back off, and realize Shirayuki is indeed no ordinary woman. 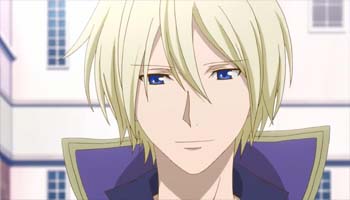 After all his noble douche-baggery, Prince Izana is revealed to be a very caring person. He holds the title of prince highly, as it reminds people that he should be respected, and it's the reason why he's pressuring Zen to not be with Shirayuki. He cares about Zen's status as prince, since being with Shirayuki might sully it. He was only acting mean because he wanted Zen to realize it's for his own good. This caring attitude turns him into a nice guy, instead of the antagonistic noble he was portrayed as in the previous episode. It would've been nice to see more conflict arise from his interfering, but it seems that the anime doesn't want to go down that route.

With the anime showing no interest in conflicts, after concluding Izana's meddling in this episode, it might focus more on developing the characters and their relationships. It might feature the supporting characters some more, and create conflict within the relationships.