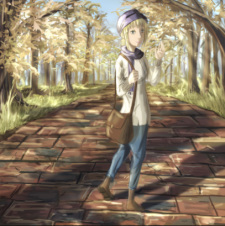 I made my Re; Zero Review. Heres the link: https://myanimelist.net/reviews.php?id=335912 hope you check it out.

equinox_comics Oct 9, 2017 9:44 AM
thanks i hate all the trolling going on right now and wish it would end

crispyn64 Oct 23, 2016 6:27 PM
I don't think the characterization of the villains would've taken much away from the focus on Hanekawa and Araragi, although I will say that the lack of other points of view during each fight probably made Araragi's perspective feel that much more intense.

Still, I wish I could've seen/heard Episode say "gotta love it" at least once.

LazuriteDreams Aug 27, 2015 4:32 AM
Hello! I've seen your comment on the Sakuga club and I just wanted to say welcome! And it's nice to see more people who admire animation!(I'm an aspiring animator too)
All Comments