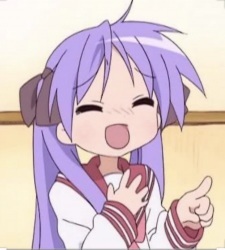 LadyMal Jun 4, 7:37 AM
I am a Canadian, but I was born in Saskatoon, Saskatchewan, although I have lived here since the late 1960s (1968-69). I had been a anime watcher during the 60s and 70s, it was until I knew what I was watching Anime. the first anime that I had seen and knew it was an anime was Akira, at a local independent movie studio. Later on I had joined JAWS 1986-7? (Japanese Anime Watcher Society).


I can't remember exactly when I had joined, although I do remember one of the animes that I had seen, which was Baoh, although it didn't have any subtitles, so we had to guess what the characters where saying. Maybe when the club is up and running maybe you can join, which might be in September.