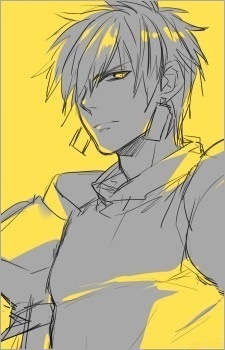 SeriousSarcasm Feb 20, 2016 6:24 PM
Be sure to check this out: http://myanimelist.net/anime/32362/Naruto__Shippuden_-_Itachi_Shinden_-_Hikari_to_Yami
I hope you plan on watching it, since you seem like a fellow Itachi fan^^ Seems pretty cool.
Have a nice day.

YOOOOOOOsn!!! I see you're watching SnK. I lurv you bruh

ve compatibal so hi ya?

P.S. watch free! by kyoani and bliss tell me your reaction. bliss. I saw the whole they can animate poo and still make it beautiful comment on your wall and remembered this XD

what the hell is tsukihime?!!? It looks like a harem!!

I can't wait for the CG OVAs!!

NinjaBlade Aug 13, 2012 2:26 PM
that is good. there is a couple good series that im reading like Baby Steps, Kuroko no Basket and Ansatsu Kyoushitsu but there's a whole bunch that i also reading and i have the bad luck of reading series that haven't been updated in months. sorry to hear that when i saw what was airing this season i could really find anything interesting to watch but its been that way for a while know i think the only anime i watched this year is Bleach and Acchi Kocchi.no i'm not i haven't even looked at one

NinjaBlade Aug 8, 2012 9:06 PM
it has been a while. I've been doing ok. im trying to get my GED and then get into collage and ive been reading a lot of manga recently. what anime have you been watching.

itssimplyme Aug 5, 2012 2:04 AM
I tend to put my thoughts on an anime in the comments section of my list - you know, click on 'more', and look at comments. seriousness in benizakura arc was awesome X3 Gintoki's fights were SUGOI!
Yeah, I figured sket dance had something to do with gintama: they even had that cross-over ep.

LOL katsura! As you probably figured, I didn't like katsura at first (coughlonghaircough). But then there was this scene where he was running away on a roof, and some girl catches him with her pantsu. He's like ".....Konbanwa, Santa Claus deeeessuu"
I lol'd so hard at that, and have loved him ever since. Elizabeth ROCKS XDD, and I loved the interview episode! XDD

I know, WTH has happened to all the show with potential!!??! Tari tari, kokoro, SAO - although SAO is only on 5th episode, and it's not FAILING per se. It's definitely watchable, it just could be done better. I think this is just development. they have 25 eps planned; there's no way the whole thing will be like this. They're gonna start some hard-core plot sooner or later, just you wait, eesh-intuition -^- (And if they don't, they fail so hard). So I say we continue watching, at least until ep 10.
I'm really disappointed about taritari though. like, NOTHING is happening in it!

zomg, I LIKE kuroko no basket XDD I love the animation, and the art style - I find it fresh and pristine. rainbow desu XD. And I was pleasantly surprised at how little they focus on the title character - he's like background decoration.
Kokoro connect gives me a headache >.> They're trying to dramatize it, but there's nothing. dramatic. at. all. -__- And the main character is the most cliche uke thing i've ever seen.

http://myanimelist.net/character/38559/Nae_Tennouji <--- zomg, the grandkid? does she grow up in robotics or something?! woahz, i can't wait.

woah, kara no kyoukai looks cool. It isn't in the fate/stay night world, right? It won't get spoiled (lol) by watching it, right? like, no FS night spoilers, right?

KyoAni has a new anime? show me a link!

itssimplyme Aug 3, 2012 9:09 AM
Haha, I was just reading your comments, and I couldn't take the smile off my face XDD IMEW FTW! And thass right! Aysh- janakute, Eesha watches >everything< at her own pace! you learned! Remember WAAAAY back you said i would never watch Gintama - as long as I say i'm gonna watch it, I will. Just at eesha's paysu! O^O
A slice of life manga, eh? I wonder how that'll work out...
And I just noticed: all my fave characters are brunettes XDD It's in serious need of some Gin-chan ;P

That's a little surprising. I've seen higher compat before, but it's usually with the users I talk to a lot and get recommendations from.
All Comments