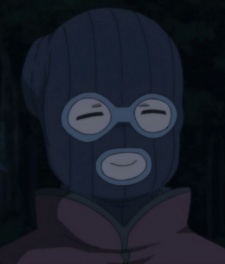 I'm still dreaming of that day.

Cissi-ne Aug 25, 4:18 PM
Another happy birthday for my bestest friend :)
You live for me and I'll work in your stead C:

I'll have to go read War and Peace, then. No time for animu these days.

Now whats better than the feeling of gutting the wild beast
Beneath the earth sheets with the taste of mild beef
Cuisine with the rice and soy
Oh boy want to come up to the ocean run the deep with the boys now
Whales, dolphins, narwhals, krills
The Jap's got a special set of skills that involves killing
We ain't chilling till we distribute the mercury
Got MSG and it's eating till it's hurting me yum
That's food to die for
That food to kill for
This food to divide laws
I ain't saying shit
You got it for science
Take a couple organs
Give the rest to the markets
Hah, now that harmless
Except for the whale
It's got a harness
If the skins a little thicker than the rest of them
You can bet that America's gonna bless them
Try to caress them
So they can be the best men clearly
The way of our quotation specimens
Despite spilling the oil like it was estrogen
Despite killing the millions of middle eastern men
Despite the decency to save another human being
Waste time save creatures from the sea

Cissi-ne Dec 5, 2015 2:46 PM
Oh, rad. I'm not entirely sure where I'm gonna be after summertime, but it's likely I'll end up studying here in Italy. Where would you be thinking of going? We could end up traveling together for a bit, depending on how things work out for me.

I don't use IRC anymore because someone post the transcripts online, but I use this account often.

Cissi-ne Dec 5, 2015 8:51 AM
Probably :D
I leave for the Christmas holiday on the 19th, but I'll probably back in the middle of January. When are you thinking of coming?

EDIT: It can't be a Steam game