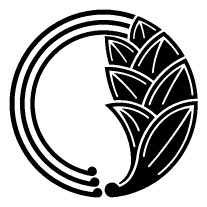 violity Sep 20, 2017 2:23 AM
Konnichiwa dmrch-san! It's been a while since you last login. I’ll drop you one question, feel free to respond whenever you are available. :)

Is it part of Japanese Work Ethic to have a short morning meeting before the start of work? I am currently doing my job training at a Japanese company, and I was surprised on my first day when suddenly our Japanese manager and other staff lined up in front and informed us of their appointments, what work needs to be done etc..

Follow up question, what do you call that work ethic in Japanese?

For some reason the first thing I thought of when reading that was the episode of Hunter x Hunter (2011) where Gon strives to catch a bird in mid-flight using his fishing rod.

LOL. Well, that representation of Scáthach certainly is attractive. Though, the Ulster Cycle is a fairly ugly story all in all.

Oh! I should mention, my patience was finally rewarded and I managed to get a nice Fate Tessterossa figurine off of amazom for a good price. Also 1/8 scale, and also from "Nanoha A's". It should arrive in the next couple of weeks.

(major edit - I decided I was being a little to harsh to the situation regarding the people that suprised Ririko and Shiori at the end, so I'm retracting it)

But there is more to it than that, I think. I think kids of my son's generation are the first to grow up fully exposed to the potentials of the internet. Until the rise of the internet, even broadcasts in the US via cable networks had filters. It was controlled by entertainment industry leaders who even if they did provide media from outside the US it was often altered to fit some conceived notion about what the American people would like watching enough to continue paying for it. This goes all the way back to 1956 and the first US distribution of 'Godzilla', which was a heavily modified 'Americanized' version of the original. Even very recently, when Saban Brands / Netflix licensed Smile Pretty Cure for distribution in the US, the result was a heavily edited and modified version - changes to character names, terminology, music, content and even where the characters lived. It's actually really hard to buy a copy of the unaltered version here in the US due to licensing restrictions.

The result was, that until the last 10 or so years it was actually difficult to find much in the way of foreign media in the US, and what was available was edited and dubbed (often badly). Even for myself, who has been 'plugged in' to the internet since the early 1990s, anime didn't become a hobby until 8 or 9 years ago, simply because very little was available before that (and often what I had seen I wasn't impressed with, such as Vampire Hunter D or Evangelion).

For many of the folks I work with that were born in the 1990s, the types of anime they are familiar with include such things as Redline (which nearly put me to sleep), Trigun, Hellsing, or 'Robotech'. Shows made from the 1990s and early 2000s such as Aria The Animation, Aoi Hana, Haibane Renmei, Last Exile, Princess Tutu, Bounen no Xamdou, Clannad, Hachimitsu to Clover, Hidamari Sketch, Lovely★Complex, Ookami to Koushinryou, Kimi ni Todoke, Natsume Yuujinchou aren't even on their radar, even today, because if you don't know were to go looking you're not likely to find these shows.

My examples are all oriented towards Japanese media because that is what I'm most familiar with, but it applies to media from other countries as well. Until 10 years ago if one wanted to watch 'foreign' films, that usually meant going to small theaters that specialized in showing foreign films, and such theaters were not common by any means.

It feeds directly into the walls I run into when people find out I am an anime fan. For most americans, 'anime' means bleach, dragon ball z, fairytale, naruto, and pokemon. Those who have a more open mind give me the chance to convince them otherwise. I mean, the other day when my son and I went shopping at the bookstore part of my purchase was kobayashi-san chi no maid dragon volumes 2 and 3, and I haven't had a chance to read them yet because my son took them with him to his mother's place. If a 17 year old enjoys that type of gentle humor then I don't consider it 'old'!

Cratex Jul 1, 2017 5:29 PM
->Enmusubi no Youko-chan
Well, I watched the first episode (or is it the first 2 episodes...), and it's not my style of humor. I peeked ahead into the later episode forums and it looks like that is pretty much the style, so I'm going to let this one go.

Ah, I just now noticed the MAL page answered my earlier question and I had missed it:

A Japanese dub of the series aired on television under the title Enmusubi no Youko-chan starting on July 1, 2017

Cratex Jul 1, 2017 3:48 PM
In Other News, "Enmusubi no Youko-chan" (Huyao Xiao Hongniang) popped up on a couple of the streaming sites I frequent. I quickly did some research to see what it was about, and noted it was a TV adaptation of a Chinese animation. The plot sounds interesting, but then something even more of interest caused me to be curious. I started the episode and immediately was able to follow most of what the narrator(?) was saying for the first few sentences, which obviously told me the narrator(?) was NOT speaking Chinese... I assume the original was in Chinese and it's been voiced over in Japanese? Or is the animation actually not the original? I tried watching a bit to see if the lips matched Japanese, but it's hard to tell.

I've known it was coming, but it is tentative.

LOL, Waver isn't even listed as a character (yet).

Cratex Jun 28, 2017 3:42 PM
Sakura Quest Episode 13
It more or less transpired as most of us expected, right down to the way the tv show was presented....but that didn't make it any easier to watch.

I get the impression the studio simply 'ran out of time'. I *really* would have liked to have seen it explore that path, but to have done it correctly probably would have required another 3 or 4 episodes, which simply wouldn't fit the broadcast schedule. I feel they left Andrew hanging - and did his character a disservice.

There were a few low spots, but yes overall I also enjoyed it. Akko was a delight to watch and Diana's character was surprisingly well developed. The two of them made a great pair.