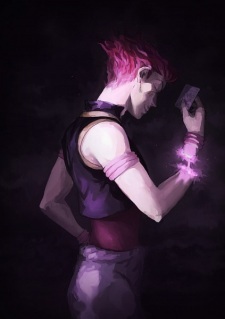 mobileshaman72 Jun 14, 2017 5:49 AM
Wooooo, almost pressed report when I meant to press reply then hahaha. Good thing I caught that.
Do you still talk to her? I've often found that friendships that ended in primary school and try to get reignited don't tend to last. I've mentioned my best friend from primary school and some of secondary school before, Dmitry (he's Russian). He got Facebook recently, I started talking to him for a bit but it didn't last long. It was very one sided of me having to start talking with him never trying so I eventually stopped. Doesn't matter anyway since he has deleted his account now :/

Pleaseeeeeeeeee tell me I haven't missed your birthday! I can never remember when it is. Have I missed it? Did I already say happy birthday? TELL MEEEEEEEEEEEEEE!!!!!

Even if we don't use it much, MAL is still our place to talk without worry. Yeah, she is. And she lives in the floor above me as well in my building. Not for long though since we're soon moving out for the summer :( Hopefully we'll be taking for many years more. Have you ever thought about how I would find out if you died? Nick could tell you if I died and vice versa but how would I find out? That's worrying.

I see that cheeky wink Manny. What are you insinuating you sly fox... XD
I'm going to be practising guitar and maybe try out my granddads old keyboard. Oh yeah, just remembered, since he unfortunately died earlier in the year, I've been given his guitars and all his music books, so at least I have plenty of material to practice :/

Oh it was your sister playing? I thought it was just your friend. Well, it's summer holidays now right? Just pop me a message anytime so we can set it up :) Oh I'm excited now haha.

Duuuude, I've still not finished the first season and I've not read the manga in yonks but I know what bit the anime is on and it is soooooooooooooooo good. The tournament was awesome and the next bit is just as good, maybe better. STAY HYPED

mobileshaman72 Jun 3, 2017 5:25 AM
Well I was meant to respond to this in April so I'm not doing to great either haha (can exams be used as an excuse!?). I'm guessing you're not friends with her anymore... And hey, forget about it. I'm going to (hopefully) have lots of birthdays so there are plenty of chances to get it right and wrong XD It was only my 19th anyway, it' like, one of the least important birthdays.

I think it's because we don't use it as much anymore. We don't watch as much as we used to and we're the only people we talk to. I have no idea how to make friends here... Doesn't matter because I have you though.
You know what's weird though? I've two people here with foreign friends. This guy Drebin has been friends with this American girl for 3 years, and this girl Dana (sure I've mentioned her) has been friends with an American girl for 6 years and I'm like "You guys ain't got nothing on me. Me and Manny? 8!" Hhahahahahaha.

Ohhhh volleyball is so cool to watch. They are intense, reflexes like a spider. I'm not a big Olympics fan but I try to watch it there. It's funny, whenever I tell people why I like it I say I started watching it when beach volleyball was on and everyone is like "Of course, it's ALWAYS beach volleyball which gets the guys into it" and I'm like "No! It was men's and I was flicking through channels, I'm not going to watch a sport just because of hot girls" hahaha. That would be awesome to be that good at it.

I am EXACTLY the same. Well, I already told you through on messages how my drama was going :( How did exams go? And if you're free now, can we try playing some games online? You said we need to play a ton of games like cards against humanity and board games and stuff.

Well, even if you hadn't mentioned it, the profile pic kind of gives it away. You're better off talking with Nick about it though, he's completely up to date with all of it.

I thought i got everyone when i delivered, sorry if i missed you.


you can also find a link to any card edition I do here in case this ever happens again. just click the logo where the edition is (in this case you'd click where it says Kyoto animation and it will direct you where the cards are) I'm gonna take away the icons and switch it to text eventually so it's not so confusing just haven't gotten there yet 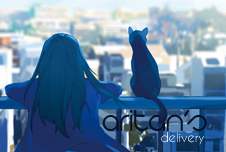 Mass Delivery!
From MAMC and NC :)
Sorry for the really late delivery ;c
Click on the banner! 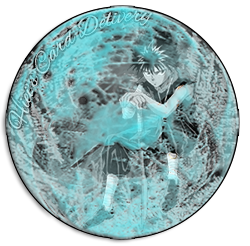 mobileshaman72 Nov 6, 2016 3:19 PM
I get What you mean know when uni is so hard. 3 assignments in for Friday and I don't get any of it :o You won't fail, 90% sure you're waaay smarter than me, and I'm not a total idiot. I will watch the rest of Orange, just not now because woooork.
As I said when playing cards, Rem is amazing, just look at the amount of fan-art of her compared to literally everyone, but to be fair, she got more screen time and development than any other character. I really want to know the deal with Beartrice, from the small bit of her we saw in the second half of the series she seems to know more than she's letting on... I suppose.
But Rem/Subura is THE ship, Emilia can go do one. Rem for (and hey, if she never does find happiness she always has the fans haha).

Will do. The BBC Wales building is literally a ten minute walk away so I might be able to find some stuff out about auditions in the area there.

I'm the same, I won't go up to some random person and antagonise them. Maybe they see you as an easy target because you're quiet? Who knows. But yeaaah, do it for your Gran!!!!!! B)

Coookieesssss!!!! The King though has to be Jaffa Cakes. Love those guys.
I haven't watched them yet sorry but I have watched the first season of Code Geass (after about seven years of saying I'll watch it) and that was pretty cool. So give me another seven years and I'll watch your recommendations haha.

We neeeeed to play again and this time you'll be eating my dirt rookie ;D
I'm trying to wake up earlier now, like 6:30 or 7 but it's not going well. Maybe instead of sleep when you get in, just do something which is super relaxing but doesn't require much effort. Read a book, have a shower/bath, heck try meditating. Stay away from screens though. They'll make you grouchy like they do with me.

Here is your October Character Claim!

Hope you enjoy and please rehost the cards soon!

AnimeDude892 Oct 21, 2016 2:22 PM
I think the reason why they want to work with the government guys is because they want to stop Satou.

mobileshaman72 Oct 16, 2016 11:15 AM
Congrats on being done with the first one :) You'll do ace on them.
I've only seen like the first 3 eps of Orange. I actually have been watching Re:Zero so I haven't seen further than that HAHAHA. I watched the first episode of it when it first came out and thought "Yeah, it's alright. I'll get round to it". But then at around ep 14 or 15 some guys I know kept talking about so I checked it out and the end of Episode 4 was pretty much: "That was fun, yeah I liked it. Wait... huh? What? Wait no. WHAT!? NO... NONONONONONONONONONONONONO!!!!!!!!!! WHAT IS HAPPENING!?!? THIS IS AWESOME!!!!!!!" and episode 15 is the best. Is it Rem? Everyone loves Rem ;)

I'm always late myseld so no apologising. So as I said, I'm at uni and doing Drama and English Literature. I've ended up not doing the job unfortunately. Basically it was a lot of money to go back and forth every weekend from Bangor, and the pay from the job wasn't enough to substantiate it, meaning I wouldn't have been able to survive uni since no money. That and travelling that much wouldn't have been feasible considering uni schedule. I'm pretty annoyed honestly since it was the first official audition I've been accepted for but the casting lady called me to ask about it, I explained my situation but she told me there might be some stuff on at Christmas and other times that she'll be looking for people so she would give a ring then. Plus I've got an audition for a student play next week so I hope that goes well :)

Ahhhh, I hate sleep anxiety. Glad you showed it who's boss though. Stick it to it XD
Damn, that's a really stuck up stigma. You're going to have to explain local exams to me but that sounds awful. Over here sometimes there is a bit of a stigma between A-levels and Apprenticeships but that seems to be further down south than the north where I am (we are friendlier but more aggressive than our southern cousins somehow both at the same time). That girl though just seems like a complete bitch though. Seriously, how much of a stuck up and privileged little brat can you be? Honestly though, you don't need to prove anything to them. you know what you can do, why bother caring about people you'll never see again in a few years?

Not yet sorry. It was you talking about Haikyuu though which led me to take a look at the volleyball society at the uni freshers week (that and... other things *cough* tight pants *cough*). I didn't end up joining but those guys are awesome. I don't have the hand-eye-coordination for it. I've tried out a few though; Fencing, which was fun but they weren't very good teachers but I might try it out again, Archery which is awesome, Rock climbing which again is awesome (I've done those two before though :P), Ukulele society (Best), animation society, musical theatre (didn't like it unfortunately), and I want to try sci-fi and herpetology societies with some friends, wake-boarding, sailing, video games and tabletop clubs and some other acting ones when they are auditioning. A lot to do haha.
And you'll be drinking the tea, biscuits will do me just fine :)

YESYESYESYESSSSSSSSS. I am soooo good. Yo've got to be willing to be as offensive as possible but that's what makes it good. I was playing with my flatmates since my friend Lois bought it and I gave an awesome answer:
Question: What do white people like?
Me: The KKK
Room bursts into laughter hahahaha
Another good one was "What get's better with age?" My answer card was Madeline McCann (a 4 year old who went missing years ago).
Message on FB when you want to play.

Interesting. Sounds like it's quite the story. I watch TV shows pretty often, so I'll look into it. c:
I'm watching Luke Cage currently, and also some cartoons with my girlfriend~

I don't read. I haven't read a book properly since I was about 14, heh.
When you consider that I write for a living, that becomes rather ironic to most people. Heh.
Do you read?

psilenced Oct 11, 2016 3:47 AM
Yeah, animation studio changed in the second season.
Second season was much better than the first. c:

I don't watch anime anymore, but thanks for the recommendations.
Manal is also a nice name~ I like it, heh.
Hmm, I haven't heard of the show The Fosters. What is it about? :o
All Comments