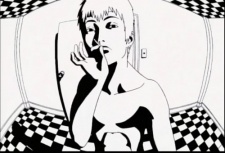 sylentknyte May 7, 2012 10:27 PM
Hey bro. I randomly found your profile, and found we have a lot of stuff in common. I'm looking at your anime list for some future recommendations. I added you as a friend if thats cool. Take care.

lezmurf Dec 6, 2011 8:42 PM
Thanks mate, im building my profile atm, untill im done my list can be watched at anime-planet, under the same user name

I would love to see some of your work! I actually just posted a few [or maybe more, haha] of my drawings on my profile due to a few requests ^__^

And that's really awesome, you should tell me everything you know!

Nice to meet you too!

I'm not into betting, but back then we would all go through phases of giving up. Most would last a week, some a month, but eventually they found a spliff again and just like that they were back smoking it every day.

Everyone's different. So I'm not trying to say that you can generalize addiction and smoking weed. Some people just have a higher ability of motivation when it comes to life. Others not so much.

That's why you get a Hulk hogan, or Marlon Brando, JFk, John lenon, Hendrix. It's rare, some people are just different. Sometimes that difference is not inclined to super-stardom, but other things.

I went to medical school, I did, psychology for 3 years as well. Believe me it was hard, I have difficulty with writing, and reading so I had to work 3 times as hard as everyone else.

But I did it in the end.

the main thing that really switched it for me was when my God mother died. I got about an ounce of bud and just sat there for a week, numb, stoned and high. Everything was great, except that my God mother had just died. I smoked because I knew it would numb the pain, but at the same time, I realized it was actually changing my natural emotional state from being sad, to ''happy''.

That's when I said enough was enough. But that is just me.

Don't forget to save and host the card on your own image hosting site, or risk it disappearing in the future!