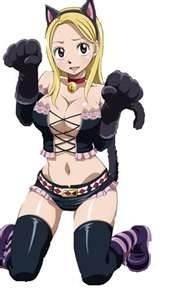 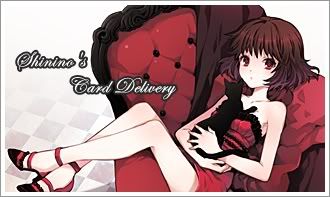 We keep missing each other. we should plan a meeting. I can wait for you in the train station at 5 pm when the sunset low and I can imagine my dear Imouto running up to me (boing boing at every stide) ;)

Halloween SE and Stars LE are still open. If you didn't have a chance to request some cards please do now ^^

The threads for voting the next couples of the month for December are open,
check the club to vote ;) And if you want to be a Card Maker for the club sign up
in here :)

Thank you. See you in the club~

“Ok you better give us an explanation! *Scootaloo puts both of her hooves on his shoulders* Tell me why are you acting like this and do you know that person.

But as he tries to leave, one of the stallions block his path.

“I would recommend you keep your mouth shut”

“Everybody in ponyville I have made a great discovery. You see, you may have heard that most of my work study places have been destroyed.” *Crowd begin to worry* “Don’t worry about it as I found out what the cause of it is. I was experimenting with some ponies with genetics and I got attack by a fillie. A filly who has some interesting features.

“Wait what are you saying!? And what's this about testing on pony citizens?”

“Well since I let the cat out of the bag. Oh boys! *Slaps both hooves*”

Suddenly the black and white stallions have pull out their futuristic looking ray guns and begin point at the many civilians of ponyville. Everybody begin to panic and question in fear. “Don’t move or else we will have no choice but to shoot you” They citizens begin to follow their orders.

“What is the meaning of this!”

“Its simple Mayor. The filly I’m looking for is in this crowd.”

“Don’t think you’ll get away with this easily. By now Twilight should be sending a letter to the Princess and you’ll be sorry!”

He begins to laugh as if he heard a really funny joke “Oh Mayor. Do you think that I hadn't thought of that ahead. Guards! Bring her and his pet dragon to me.

The four guards heads to the stage, bringing the unconscious Twilight and Spike.

“Hold on Rainbow dash!” *Throws her rope to latch on her and pull her back* “You can’t just go in charging in like that!”

“Its best that you listen to your friend.*Guards point their laser guns at Twilight and spike* You wouldn’t want them to stay asleep forever now do you? *Said with a sarcastic grin* “Now begin the search now! Check every filly in this town!

The guards begin to take the fillies away and begin checking. The parents of those fillies wanted to fight back but the guards begin to fire warning shots to scare them away. One of the guards heads to the CMC but notice they don’t have Cutie marks. He ignore them and heads after Imp instead.
“You are coming with me kid”

“I don’t think so.” He grabs a hoof full of dirt and throw it at his eyes, blinding him so he can run away. The CMC begin to follow him as well. They head to the alleyways and stop to take a deep breath.

“Why are we running away? We can’t just leave them in the hands of that pony.

“You can’t! You’ll just get in the way. I’ll handle it because I’m not like any normal pony.”

Before he could answer, a bunch of stallions that work for Dr.Warp found them.

The CMC turn the other direction to get out of the alleyway but then more of them shows up and stop them. As they close, Imp see that he have no choice but to fight them.

“Promise me you’ll keep this a secret.”

Imp puts his tail on his cutie mark and shouted “Armor up!” With that a big flash shines in and blinded everybody but as they regain some sight they see the shade of his entire body and what looks to be like armor from the royal guard as its being put on his body. Its has a light blue shade color to it. “Imp the yo yo armor filly ready for battle!”

“That is him! That is the one we are looking for!”

“Get him!”
All the Guards begin to shoot the filly at sight but Imp puts up his two yo yo’s in front and spin them, deflecting every attack. He launch one of his yo yo’s at two guards. Hits one but the other dodge but then hits him at his backside. “Look out!” Scoots warns him about the two stallions that are behind him but he reacted quickly and did a slam down on both of their neck, knocking them out. With that he throws two yo yo’s that wraps around one of the guards legs to stop him.

“Well now since that is done I guess I’ll-”

“Ya I never knew how agile you are”

“Ya you are like all putting this armor, and then then kicking the bad guys but and you are awesome!”

“Look I need you to find someplace to hide while I-”

“Now way! It looks like you need help and we are gonna do that!”

“Ya! Friends stick together no matter how hard it gets!”

“But this isn’t something that can be handle by any normal filly. You don’t know what you're getting into!”

“Sorry but we are sticking to you whether you like it or not! That is what friends are for!”

The four head back to the town hall but once they got there, Everypony was gone. Nowhere in sight.

“Damn. He must of taking everybody somewhere but where?”

While they try to figure out where Warp has taking them, we see that out of the outskirts of ponyville, they are taking to the mountain where a base is located.

“Put the colts in their own cages. Bring the kids to me as I’m gonna begins checking every one of them. Oh and bring in the six to me.

“What do you want? *Fluttershy ask in fear.*

“Oh please. Do you think I don’t know who you are!? Kindness, Loyalty, Honesty, Generosity, laughter, and Magic. I know who you six are and your relationship with Celestia. I got some experiments that I want use on you. As soon as Twilight and her pet dragon wakes up, lets just say you’ll enjoy helping out.” *Smile with a deep grin*

KumoKojiki Aug 26, 2013 11:49 PM
this is my face www.myanimelist.net/profile/KumoKojiki7R i forgot about this account .

Animewolfguy Aug 25, 2013 7:36 AM
Hey animgrrrl here is another chapter. Its a fan fiction I started. So its written different but all you have to do is check the errors and fix spelling and edit.

“Are you sure about this scoots?”

“You bet! This will definitely get us our cutie marks”

Today is a bright day for the CMC as they head on to get their cutie marks. Today they try to see if Paragliding is their special talent. They head to the highest cliff in ponyville and found one hill that is so high that you wouldn’t want to look down. Scoots and the others begin taking a few steps back

The three run off the cliff and begins to fly. So far its going so well as they are flying over ponyville as everybody watches them flying over their heads.

“Wow this is amazing!”

“This will get us our cutie marks for sure!”

“What is it Sweetie belle?”

The two see that they are about to crash into a Griffin. The three turn the other way around and manage to avoid her.

They waver back and forth, up and down, turning in all directions. They manage to get some balance but they see that the direction they are heading is the school. Meanwhile Cheerilee is getting ready as its almost time for school. As she write something on the chalkboard, the CMC crashes thru the roof surprising her. The three fall off the handle of the paraglider and landed on their seats with Ms. Cheerilee making a face of frustration. As school starts, the three are sitting at a corner as punishment.

“Hey you should’ve of stop me!”

“Everybody settle down class. Today we got a new student. Come in.”

The new student enters. He is a and earth pony having a dark blues mane and tale and having a yo yo with sparkles as a cutie mark with yellow skin.

“This is Imp. He will be in our class so why don’t you tell us about yourself?”

“I rather not to. What is the point anyway if nobody is gonna like you for who you are”

He heads to the back of the classroom and takes a seat in a empty row. The three started to talk to him.

Don’t talk to me

“Maybe he is having a bad day?”

But the class soon gets interrupted as stallion that dress in a black and white suit comes in which caught Imp by surprise.

“Bring your entire class as there is a big meeting at town hall today.”

With that, Cheerilee brings her class to town hall and as expected everybody from ponyville is here.

“Apple bloom! Didn’t expect you to be here.”

“Well this pony who dress in black white told the entire class to come here. In fact I’m seeing them everywhere.”

” What are you talking about?”

“*Looks at her with a mean look* Forget it you wouldn’t believe me anyway.”

“Hey I am getting sick of your attitude! Tell me what is that is holding you back.”

Before Scootaloo could get a answer, the Mayor gets on the stands and speaks threw her microphone.

“Attention everypony. Today we got a important announcement from a special guest. Why don’t you come up here Mr.Warp.”

As he heads up to strange, Imp made a very frightening look.

“Hello there everypony as I got some exciting news that everypony should know.”

catracho Aug 23, 2013 1:47 PM
Tsu-chan!! I am back! I missed u soo much! we need to catch up my dear imouto-chan! (tears dwelling up in my eyes at the sight of you) I missed you like Sanji misses Name-swan or like Kenichi misses Miu or like Yuno misses Yukki!!! well maybe not as creepy as Yuno but a lot!!!