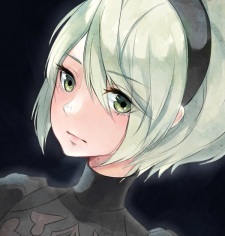 Take your time,and send me a fr when you've resolved the matter!

Thank you for accepting!

Yeah,it did get quite lenghty lol,I just happen to get excited when I discuss about OP and things I like in general.

What an incredible point for you to catch up,Ace's and Blackbeard's fight was the ending of an amazing saga packed with so many things.Enies Lobby is one of my favorite arcs.Robin's flashbacks,the fights vs the CP9,Usopp and Luffy fighting,Shanks meeting Whitebeard,the revelation of Luffy's family and ofc Merry. cries

I feel exactly the same way about One Piece.It's had such an impact on me,I can't even find the words to describe how I feel about this series.As for me,One Piece is my favorite work of fiction ever.In all anime,movies,tv series,games,manga or books.

Good thing you're caught up with the manga!I'd really like to keep discussing new chapters with you!How did you like the last 2 chapters?They packed a huge punch.Pure epicness.Ch1000 was simply amazing,since it summed up all the reasons I love One Piece in less than 20 pages.So,how do you like Wano and how do you see the story progressing from here on onwards?

Hahaha,I have a lot of OCDs not to update my list,it just feels like the world's gonna get destroyed if I don't so I always keep it updated.I'm also kind of a progress freak and I enjoy tracking my progress.

I don't have a lot of knowledge about Nier's universe since I've only played Nier: Automata but I'd be interested in reading about your thoughts on it.

Sadly I don't use Telegram(I don't even know what it is lol) but I use Discord and you can find my username in my profile if you also use it.I'd be happy to talk to you there as well.

Have a good day! waves

2007? Wow,isn't that around the time the Water 7 Saga came out? You've been following it for quite a long time already!I started watching it in 2016,the year I started watching anime,and One Piece was my first.Love at first sight.Can't think of anything to describe it any better.I watched the entirety of the anime that had air back then (up to episode 742) in 2.5 weeks (yes,you read that correctly) and immediately picked up the manga and caught up.I read it weekly ever since.I have the anime on hold on episode 760 and I plan to pick it up as soon as the heavy action in Wano starts getting adapted.

The immersion One Piece offers is simply superb.The deep and complex story that unfolds as a boy sails out on his journey to become the Pirate King.Everything.I just couldn't expect what I was about to experience when I started watching it.

As for characters,there are so many I like that I can keep on writing this comment until it becomes too long to read lol.I'll name a few of my personal favorites but won't go in-depth since I'm gonna make this a really really long OP characters appreciation post.

Not gonna mention anyone from the Strawhat crew since I love them all.So,Whitebeard,Rayleigh,Corazon,Doffy,Law,Oden,Roger,Ace,Aokiji,Hilluluk,Rob Lucci,Crocodile,Tom,Fisher Tiger,Mihawk,Sabo,Dragon,Ivankov,Bon-chan.I can keep going forever lol.But these are the first that came to mind.I'm pretty sure I've forgotten to mention a lot of characters I like but well.

As for your question,I've been thinking about it for over half an hour now and I can't think of anyone from the crew I like less than others.Well if someone pointed a gun on my forehead and I had to choose one I'd probably pick Brook.Not because I don't like him enough but since he's the last one to join the crew thus I have spent less episodes watching him and the crew together.I have to say tho that I simply loved Brook's flashbacks(that scene where they're recording the song for Laboon and they go down one by one was simply incredible and so sad) and his connection to Laboon was amazing.I'm looking forward to them being reunited!

P.S.:I didn't mention anything about the latest chapters of the manga since you haven't updated your manga list,so I didn't want to spoil anything for you!

Edit: I love your 2B profile picture!I take it you've played Nier:Automata.What are your thoughts on it?I really enjoyed it even though I only finished the game once and didn't fully complete it to see its' true ending(which is the 5th iirc).I plan to pick it up again tho!