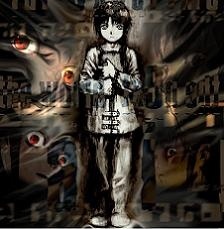 Airitoizzy Nov 26, 2014 2:02 PM
Have YOU seen Captain Harlock You Have Must COULD Watch it
Tell Me if you are going to follow my suggestion or not I want to Talk to You Soon Be ALWAYS INTELLIGENT LIKE YOU ARE You truly Astonishing in That ----------Romina

Deactivated101 May 9, 2013 3:47 AM
Those crazy Hindu made a movie in the likes of AI or Bicenturial Man. Starts as a social drama and after the second hour it is non stop super awesome action
http://www.youtube.com/watch?v=AqW0YXrUtFI

lpf Dec 24, 2012 11:45 PM
Thaaanks laz. I find some of my earlier writing embarrassing, but the fact that there are people to remember it feels nostalgic, doesn't it? When I look back to one year ago, I realise most of my progress comes from coincidences. People I met, admired; people I didn't get along with. This truly was a worthwhile year to see. I hope 2013 will be another year worth experiencing for both of us. Merry Christmas!

G0rg1ls Nov 18, 2012 2:11 AM
Roriconfan said he made his rant series before his history because he takes a few things "silly" for granted, and he wanted everyone to understand what these are, and why, so he won't have to explain them again and again.

G0rg1ls Nov 12, 2012 8:55 PM
Sorry, but I didn't quite get your question.
Did you mean ask why he started making youtube videos instead of keep writing? Or why he's making something other than reviews in video format?

Anyway, he asked me to link two of his videos.

His "rant" series are officially complete now, and have in total 11 videos and an "in the making" episode. So, if you're interested for more, just search for them shouldn't be hard at all.

He also began making a new series of videos called the "History" series, which are basically a youtube video format adaption of his well-researched and analytical huge-like-the-wall-of-China Anime History entry in his blog.
Here's the link for the the first video (three have been made in total)...

G0rg1ls Sep 4, 2012 9:11 PM
Hello, roriconfan asked me to link this video to his active MAL friends (he's sadly unable to do it by himself because he's banned).

He made it a while not too long ago:
https://www.youtube.com/watch?v=kMjj-OlqPUI
Enjoy.
All Comments