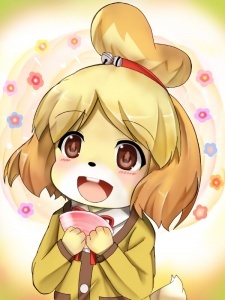 I’m a 27 year old American Otaku (Anime fan for you gaijins). I draw Anime and Manga on my tablet, and spend my days perfecting my art and playing superior Japanese games. (Disgaea, Final Fantasy, Persona series)

I train with my Katana every day, this superior weapon can cut clean through steel because it is folded over a thousand times, and is vastly superior to any other weapon on earth. I earned my sword license two years ago, and I have been getting better every day.

I speak Japanese fluently, both Kanji and the Osaka dialect, and I write fluently as well. I know everything about Japanese history and their bushido code, which I follow 100%

When I get my Japanese visa, I am moving to Tokyo to attend a prestigious High School to learn more about their magnificent culture. I hope I can become an animator for Studio Ghibli or a game designer!

I own several kimonos, which I wear around town. I want to get used to wearing them before I move to Japan, so I can fit in easier. I bow to my elders and seniors and speak Japanese as often as I can, but rarely does anyone manage to respond.

Wish me luck in Japan!

P.S.S We are in need of active card makers!
We do a few monthly editions and we really need some more card makers to help out with those. If you are interested in applying, click here.
All Comments