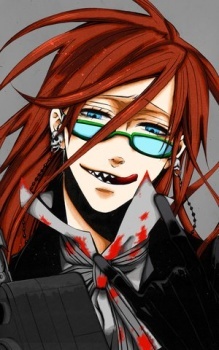 AIM: for the throat hollow

Long time no see! Well, seems like everyone had a pretty busy summer, me included *whistling*
But wake up, september is here... school starts again *tch* But since we dozed off a little, MCA is almost dead :o (like every other club on MAL atm). I'm sorry for the lack of cards lately... lots of card makers quit or gave up card making so it's been hard on us. But even if there are no cards, you can still visit the club and say a hello or a good morning. If you would like to be a card maker for MCA, please announce me~
We might not have as many editions as before, but drop by for a chance ~
Monday, on 16th september we'll celebrate Smaster's Birthday. (everyone knows Smaster, right?) Please be there with us!
Have a good day!
If you don't want to get newsletter from MCA anymore, drop HinoKahoko (http://myanimelist.net/profile/HinoKahoko) a comment xD

Ohayo! Would you like to join our Humble Cafe? :D

We present a place where you can relax, chat with others and maybe enjoy a cup of coffee or tea with others. We offer Games, Cards, Badges, Contests & many more! Come join us now! :D

Also, if you're interested in being a part of the Cafe Crew (Staff), Why not apply now? ^_^
Thank you very much for letting me a take a bit of your time in reading this (Gomen if I somehow wasted your time! XD)
I hope you have a wonderful day!

Mono-bear Jul 17, 2013 12:48 PM
Yes, I absolutely lovveeee them!
I fall in love with all bears at first sight. They are the most adorable little animals on the planet.
They aren't dangerous at all, and totally huggable....at least...in my eyes <3

SuperKawaiiBoy Jul 11, 2013 10:56 PM
Oh you're fine. Well anime and video games and currently i'm learning japanese and how to draw. Well thank you :)

SuperKawaiiBoy Jul 9, 2013 3:42 PM
Well I just havent had the best experience with people anddd I spend most of my time alone

Well they just make me extremely anxious
All Comments