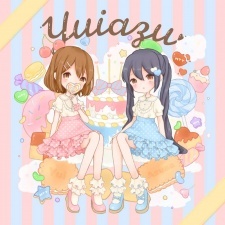 Ecchi_K Feb 20, 2014 3:09 AM
Hey there. Sorry it took me so long to answer, im not connecting much these days. Got a new ps3 game :P
About Haruhi, i think it's the most unique anime our there. Haruhi is a nutcase, the story is ludicrous, and Kyon is one of my top 3 fav male char out there. His sarcasm and epic monologues literally made me cry of laughter. Ep 11 or ep 0 depending on the episode order u using (adventures of mikuru wateva), is THE anime episode that made me laugh hysterically the most ever since I've started my animé addiction. So yeah, I can honestly say that Kyon is the one who made Haruhi Suzumiya what it is for me. I cannot stress that enough, I love that dude XD. On a side note, the most funny manga of all time is Azumanga Daioh, followed by Yankee kun to Megane Chan.
As for season 2, it's controversial. It has around 24 eps, 14 being season 1 again, a couple of new eps, and the ENDLESS EIGHT! 8 full eps of the same thing happening. Many hated it, i didnt! I thought it was thrilling and suspenseful. Ur gonna have to watch it to understand what's the deal behind the endless eight. Anyways, i liked season 2 alot.
Movie, i thought it was great. Not awesome, great. Because I had watched the movie b4 season 2... After watching season 2 I realised that it was a mistake, coz more than half the movie had to do with that one extra ep of season2.

That's what i feel about the Haruhi Suzumiya saga. Not part of my all time favorites, but it's definitely the most unique anime out there, with one of the funniest characters ever with his epic comebacks n comments, and it's basically a legend in the anime industry. Not knowing of Haruhi Suzumiya and being an anime fan is like being a scifi fan n not knowing of star wars or trek.

Hope u enjoy it ^^or I should say enjoying it as u already started it.