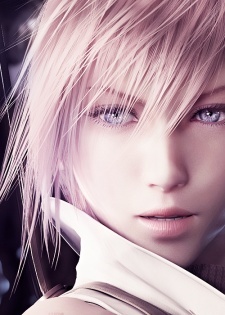 LuckyAlix Nov 29, 2015 6:18 AM
Hello fellow MAL member! :D
Are you a movie addict or maybe just a casual movie viewer? If films, animated or live-action ones are something you like, have you ever wondered about joining a club where you can discuss about your favorite movies with your friends on MAL?

True that you can't play soccer while standing but there is a little practice that my team had to do while standing. You basically make a relatively small circle with one guy in the middle who tries to get the ball as it's passed around the circle. It him against the rest of us. He starts with the ball near him and he gets the pick as to who he passes the ball to and start the practice. You try and pick the least experienced member of the team to try and get him in the circle. The longer he stays in the circle shows the rest of the team how slow or fast you are in predicting where the ball will be passed to and so on. The faster you are in getting the ball the better position you get on the playing field when an official game is upcoming. So yeah, you can play a game while standing.

I've never had a chance to go to regionals for anything. Are they fun to attend?

Speaking of volleyball, I used to play that sport only during PE. The only time I had fun was when we had the option of choosing our opponents (mostly the seniors because they were serious about having fun) and play a fast quick game. About 3 out of 6 people in my team did something worth the while to choose them again the next time there was a game. Whenever the opposing team served the ball it would end up in my hands first because me and the other two members were the only ones who could return it OVER the net. If it went to the other weak member, they had arms for noodles...

You reading a lot of manga lately? Mine is mostly composed of one shot manga but lately I've been reading gunslinger girl which i put of for more than a year or two. Only some 5 chapter out of 100 remaining.

crazyspinz Apr 4, 2013 3:14 PM
Living in America for me was not that hard. I had a fair good amount of time talking to some pretty interesting guys. Some were stereotypes will other were goth some just plain funny to guys who were like ultra smart to really silent (me right there) and just severely stupid. I made up my self image through sports and stuff, I'm really good at sport, except soccer. I can't get around to training my feet to do fancy foot work while running but if we are playing a game while standing i dominate!

just finished the LOTR trilogy and i gotta say, that was a monster of a show. Great stuff in each and every movie. However, in the Return of the King, near the very end whether Gandalf said to Frodo "It's time to go" I was like "go where bro?" Expecting an answer as to where they were going, it never happened so I was fuming with just that one question. Google did the work to that answer, so life returned to normal after that.

Have you considered reading the LOTR books? Having read the Harry Potter series( well i read the first book by myself but the rest of the books i had the ebooks and the audio to it so i just had the man read for me) i don't want to go through that many pages for a while.

Now for The Hobbit. It's was a superb movie. Where can you get the hate from this movie bro? I thought the beginning of the movies was funny and the rest of the movie just fine but one or two of the dwarfs needed to die fast. I was disappointed though that they never showed how the dragon looked like in the beginning. I also thought that the frames per second for some scenes weren't right. I own The Hobbit game for the gamecube console from like 7 years ago and I can see great things to come. Besides that, the original cast returned and more others to come. Gandalf still holding on to that staff. I loved the part in the movie where Gandalf was greeting some of his old friends and they were like " I'm surprised your still alive!" considering his age. I just laughed at moments like those where it felt like the director added moments like that to create nostalgia after so many years. So what did you hate? The Orcs, the CGI, that king of whatever who rules the underground whatever where gollum was stoning some poor artificial creature?

crazyspinz Mar 17, 2013 3:57 PM
HAHA, ever since moving here, many people have asked me the same question; will you move back there ever again? My response to them after just staying here for like a year or two is, Uhh, I don't think so? They then start talking stuff about how boring it is here and how moving over seas will start a new adventure for them. I'm like that's cool. Give it a try. Although i try to avoid this question with them because i don't want to give them my answer which is still pending, even for me. Although I say to myself I haven't given this place a try yet, so i can't just abandon it because i was in america. You get what I mean there? Plus i never really liked it there. Moving there when i was like 9 was a culture shock in a way.

I watched the first movie of the LOTR series two weeks ago and it looks good. I played a video game based on the second movie years ago and got the whole jist of the movies through the game although never watching it until now. That game i found was sold without my permission by a very dear friend. All together, i never loaned it to him and it somehow went forgotten in my mind. Now i can't wait to watch the second and third and then the Hobbit. Then, well compare who enjoyed the movies more. Be ready, sir! What you dis-liked about the movie may be used against you by me :)

AtmosphericEntry Mar 17, 2013 1:03 AM
Joseph's also in Parts 3 and 4... Clearly the fan favorite, I mean even before the Anime started airing, he had 10x the favorites of the rest of the JoJo'

XD I wouldn't say villain of the week type, but all the characters have connection to the story.

SeerofWords Mar 15, 2013 8:05 PM
Yep, that's right. ^_^
I only have four to date, but there will be six. Recca, Guardian of Fire. Pheres, Guardian of Wisdom. Sen, Guardian of Death. 0_0 There are multiple villains, actually. And... not exactly an accident. More like a spite.

SeerofWords Mar 15, 2013 10:50 AM
Yep, there's a lot of magic, as the Guardians all are masters of a certain power. Like how one of them, Nova, is called the Guardian of Time. 0_0 And actually, there isn't one main villain.

johnyjohny Mar 15, 2013 7:46 AM
Are you for Liverpool? If so i want you to know Gerrard i one of my favourite players evar.
All Comments