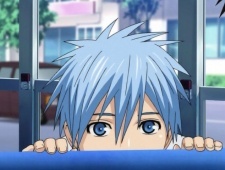 I'm writing this comment because I've seen a review that you've made for the manga Gekiryuuchi in 2013. Now I know that this is a long time and you have also not been the most active in recent times (especially in regards to reading manga it seems) but I did want to ask you a question based on the review you posted.

You said that the manga didn't "live up to the depth of the likes of Holyland". I have finished Holyland very recently and it was an exciting read, nearly binged that one in basically one sitting. I haven't read a lot of martial arts manga or seen anime from that genre (apart from Hajime no Ippo and The Breaker if we consider stories with superpowers, I guess) and I was looking for stories that are similar to Holyland and looking at the recommendations here on MAL is how I stumbled upon Gekiryuuchi and your review in the first place.

To get to the point: Is there anything you could recommend that DOES live up to the depth of Holyland? Or rather: it doesn't even have to have the same depth but what I'm looking for is something that'll entertain me to the same level.
I want to get hyped up, I want to see fleshed-out protagonists, I want to see a plot that is coherent and leaves you satisfied! Not necessarily all in one story as that's hard to find but you know what I mean, probably. The reason I'm asking you specifically is that based on your review it seems to me we have similar taste in that area regarding what we'd like to see in an anime or read in a manga.

If you don't have anything to recommend then that's okay. Maybe at the end of the day I simply wanted to interact with someone on this website and it's not about actually receiving a real recommendation but more about having talked to someone for my own selfish reasons. Okay wow, that sounds pretty stupid and melodramatic but hey, I'll leave it up.

I look forward to hearing from you! 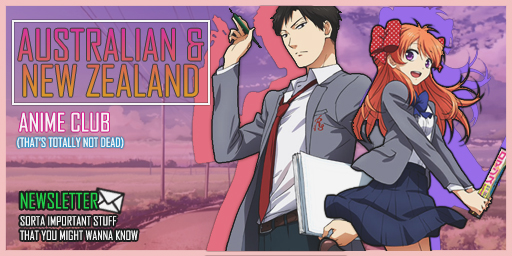 Sorry for the late delivery!
Save & re-host~!
Let me know if there is a problem~!
Ctrl + F to find your cards~!

Remember to thank Sasha_AT for the wonderful cards~!
Hope to see you around the club~!

LINKS
Newsletter sign up
This probably will be the last for those not signed up~! You can sign up anytime~!
Member Cards
500+ SE still open~!

Hello fellow members! We have just recently reached 500+
& have opened an LE to celebrate! Quickly grab your cards!
500+ LE CARDS

PLEASE NOTE!
Though we are unlikely to often send out a newsletter, please inform me here if you would like to receive (if any) newsletters in future! Dx xD

Please and thank you!
Hope to see you in the club!!

Sorry for being so late! I had surgery done, and I'm taking some time to heal up a little.. I managed to suck it up and send these out though! :D I hope everyone had a good Memorial Day and took some time to visit your loved ones who have passed. Just know that no matter what they'll always be there and watching over you... <3
I had planned a little something, but my parents planned a trip to NE to visit some family members so that didn't happen. Gomen!
Now here's a few things going on:

Also, member cards, are almost here! ALMOST. I will let you all know when they are out!
Until next time, DGM Yaoiers.
-Aniim3CRazeD

Don't forget to SAVE & RE-HOST! Hope you like the card, enjoy the feeling of winning! C;