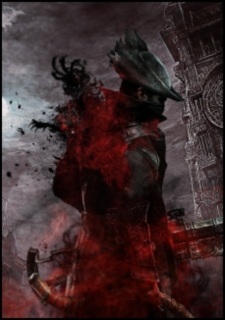 its bloodborne if im correct

oyasueme Oct 27, 2018 12:12 PM
I'd say the same in terms of ranking the three, used to rank them as 1>3>2 but changed my mind after a few more listens. It's kinda hard for me to rank them since they're all pretty good. Have you heard iridescence? if so, what'd you think?

oyasueme Oct 27, 2018 11:40 AM
OrphanedLand said:
kyo_toke said:
Painting my face and arms blue and wearing an orange prisoner jumpsuit as a nod to my favorite band
You seem to be obsessed with Brockhampton.

I'd say that's a fair assumption.

Aslt Oct 26, 2018 3:20 PM
I agree. Monster managed not to have a single unnecessary episode throughout its 74 episodes duration, and it feels extremely comforting when you think about it. If one sees Monster as boring after watching a few episodes, then they are not invested in the story well enough, which is a problem that holds them back from enjoying the anime. On the other hand, if you care about little details and meticulous characterisation, such a situation won't occur; probably. I too succeeded in completing Monster without experiencing boredom, as I was absorbed in its gloomy atmosphere from the very get-go. As I've said earlier, I wish people were more eager to continue and eventually finish this phenomenal show :^(

Aslt Oct 26, 2018 8:49 AM
A lot of people have this sort of a mindset when they first experience Monster. It's a shame that a good portion of them ends up dropping the show for whatever reason; they are missing out on an exceptional anime, but hey, we can't do much about it. Aside from the slick writing, I think that Monster's production values are genuinely spine-chilling. Cold and grim colours combined with full of tension tracks created one hell of an atmosphere.

aSuperiorGamer Oct 25, 2018 8:14 AM
It's not that the game progress at a slow rate, it's that the combat and gameplay is a lot slower than Dark Souls 3 and especially Bloodborne.
Yeah man, playing sorc was way more fun than a dex or a strength built.

aSuperiorGamer Oct 25, 2018 7:37 AM
No, if I remember correctly, you can respec a few times per NG so yeah, don't over do it although I never had a problem because I just play a new character.
Parrying is hard even for me, I never bothered with learning to do that, instead I time my attacks and dodges.
Pyromancy and cleric are both decent but not my kind of playstyle.

Combat is indeed different compared to Bloodborne although you can actually kinda have a bloodborne built if you so wish but it's not nearly as fun as actually playing Bloodborne.
Yeah have fun with playing the game though maybe you should have started with Dark Souls 1 because it will feel a lot slower when you play the first two after having played the third.

Mimurona Oct 25, 2018 7:36 AM
Well,I didn't changed bcs of others,is because I wanted to,cookie thing Didn't represent me that way .

Thanks I guess,glad to hear.

aSuperiorGamer Oct 24, 2018 3:09 PM
Oh rough life, I'm still financially dependent on my parents myself but at least they buy me whatever I want so I can play whatever and whenever. 100% all Souls type games including the clone ones like Nioh and Lord of the Fallen. But Sekiro is definitely a must place for sure so I as a fellow Bloodborne fan, I implore you to not think twice when the game does come out.
There indeed are a lot of good games coming out to the point where even I have to skip on them. Red Dead Redemption 2 is something that I absolutely can't miss day one though.

Yeah brah, I'm super triggered now, how can you not have played any Souls games until recently!?
Well you should totally make them your priority, they are great games. I guess we're all busy a lot after high school huh. Even I am busy, haven't played any real games in months now but that will change with Red Dead Redemption 2.

Versatile? A dex focused built would obviously be the most versatile one. Running a generic strength and dex built is kinda boring so I'd either go with full dex or full strength. If you are looking for a versatile built then go with around 20 strength max and the rest dump your points in dex and endurance. Health would probably not needed all that much because the point is for you to not get hit in the first place, same for vitality as you'll want to go with light armors or clothing. I definitely wouldn't rely on resin, I never once used it myself so I don't actually know how effective resins are. if you want buff then go with a hybrid sorc+dex or faith+dex. Straight swords are good but katanas are even better for a dex built.
Oh and you should also give pure sorc a try sometime, it's great fun unlike in the previous 2 games. It actually requires skill to play as a sorc and there are some neat weapons to go along with it.
You can check my gameplay vid of sorc pvp in one of the spoiler button on my profile.

aSuperiorGamer Oct 24, 2018 12:06 PM
Brah, I see you're a man of culture for having Bloodborne as one of your favorite game.
I approve of your hardcore gaming skillz but then again there's not much when it comes to proof eh?

ExecCute Oct 24, 2018 12:01 PM
Thank you!
Ha, I'm lazy and I also have an addiction to video games. As long as there's a balance, I see nothing wrong with being a little sluggish. Lol

Bunille Oct 20, 2018 4:57 AM
Nope, you're fine. I can relate to that.
I get used by some people now and again due to how easily I can trust others once I can figure that they're genuine people, to which they still are after they're done with me and all, but that's just because I'm too forgiving when they act like such a prick constantly after.
I used to be and still am a very caring and emotional person, but it's a lot more difficult as I've begun to develop apathy. Mainly because not many people seem to understand me properly and that their issues are pretty minor, so much that I really could call them petty.
I also have this phobia, I guess you could call it claustrophobia but with people? I don't know what it's called exactly, but basically any person standing too close to me, even if it's a friend, I just don't like it. Anthrophobia, I guess?
All Comments