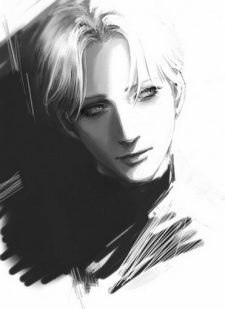 Coranie Oct 25, 2016 4:32 AM
Eeeh.. Attracted here by your forum signature.
Can I know what program/tools you used to crop some of the background parts into butterfly shape? onegaii? :3

Mainstream series are dragging even when they are good, I get it a lot :)

annvelwis Oct 10, 2014 1:18 AM
I haven't yet seen Ronja (doesn't it air tomorrow?), but I plan to at least check it out. Recently I noticed that I'm quite open to different kinds of animation. It just doesn't bother me as much as it seems to other people. That said, I can't say I don't care about quality of it at all. That would be a load of crap, but I can and will pay less attention to visuals if the story is good enough to hold my attention.
That was the case with Nobunaga. Story-wise I believe I enjoyed the show the most in the whole season. And, despite the visuals it had, sometimes there was a scene (usually 1-2 per episode) that screamed "This would look awesome as my wallpaper". And the VA is splendid.
On the same note, I expect to like Ronja, or at least the story of it. It's Ghibli. You can't go wrong with that.

Though true to my habit I check out most of the shows and then drop half of them or so... The ones that picked my interest despite having mixed feelings about the shows prior are: Tribe Cool Crew (I know it's kiddy anime, but it's fun in a way old cartoon network shows were. Nostalgic feeling, hah), Gugure Kokkuri-san (please, check out at least 1st episode. Probably the best comedy this season, and MC looks like Tomoe and Miketsukami and is adorable :D), Orenchi no Furo Jijou (only 5 min per episode, so the DL time is also really short. The story thus far is really cute and I'm eagerly awaiting next ep for confirmation to continue), Shingeki no Bahamut (seriously, the beginning - like first 5 min - is heavy on visuals you're not fond of, but the rest is really good. the MC is funny daredevil with sharp sense of humor. I think that might be the best game adaptation I've seen thus far. The pacing and direction is really good).
Well, I think I won't write about the rest unless you're interested...? There's a lot...

ShanaFlame Oct 7, 2014 10:19 PM
I really hate marathoning cause it drains everything out of you ;) oh good choice, I'm interested in the shigatsu...uso too and of course who can dislike phycho pass? :) I'm writing using my iPhone so sorry if my sentences are a little imperfect :). Hmmm, I'm targeting 4 series with higher expectations than the rest, fate stay night unlimited blades and hitsugi no chaika 2 are 2 of them while the other 2 are stated above my post :D

annvelwis Oct 6, 2014 12:42 AM
Well, it might not be the best animated series, but at least it wasn't dissed as unwatchable.

Nobunaga concerto wasn't so lucky. It's heavy on CGI and it takes a bit of time to adjust to the animation so a large part of audience automaticaly dropped it or gave it lower score. And I have to tell you, the animation style stopped bothering me pretty early and the story, oh the story! Great plot, right there, I tell you. Most underrated series of the season, maybe even a year. I want more~!

I like comparisons :D I don't actually prefer manga over anime or other way around, I think. It all depens on how well executed both were. Sometimes a good VA in anime elevates the story tremendously. Other times, anime just makes me irritated at what it had done with chara and plot.

annvelwis Sep 23, 2014 8:48 PM
Hah, saying that Free S2's plot is so-so is too much a praise. The whole second season is riding the coattails of the first hype... not even the first season, but even earlier - the commercial. First season's plot was pretty much generic, but enjoyable. Building a club together, reunion with old friend and rekindling friendships. I watch shows like that all the time it seems :) And then the S2 came of which at least half eps are more or less filler scenes with some foreshadowing for last 5 eps - the part that ought to make viewers feel that watching Free S2 wasn't the total waste of time.
Yes, the animation is pretty, but seriously... while I might watch Baby Steps in it's current animation and praise it to high heavens... and I would love for it to have higher budget for more eye-catching execution of the matches at least... I can't imagine myself recommending Free S2 much if it had the exact same animation as Baby Steps has.
It's all in the story. 'Nuff said.

Hah, the OP scene... :D well, if you don't want to know, I won't tell.
Seriously, I sometimes wonder about your level of patience. When I love the show I read the source material id I already didn't. I want to know what was in the manga, how is it different. Sometimes one panel can change the emotional hue of the whole show...! how can you resist...???

annvelwis Sep 23, 2014 5:01 AM
Nozaki-kun is awesome, hah. I love all characters. That's gotta be rare, hah. The comedy is upbeat and a bit dorky. I actually loled so much while watching. Great for rewatch, too.
Tokyo Ghoul... if you're not into in up to episode 5 or 6 you're gonna be dissapointed to the point of no return later on. The series takes a flash couse of the manga. A large part of he plot and world building got cut off. New characters appear without rhyme or reason and it takes very little to get irritated with that crazy pace. Last episode redeemed series a bit, but even that wasn't enough for me. Still, try watching it a bit more to find out where your patience will leave you.
Baby Steps :D don't know if you know but the last episode ended with (insert dramatic drums for effect) 2nd season announcement. Yay! I get to see Maruo in Florida! And more of which I won't metion to not spoiler you. So excited!
Well, while the animation of Baby Steps is a bit simple, it has to be said that it doesn't affect the story in negative way. I'm quite plesed in how close to the manga the series looks, too. The matchech could be more dynmic, though, hah...
Maruo's cowlick... well, it makes him stand out at least. He's ordinary looking guy with quite ordinary personality. He needed something in his apperance to make him more visible to the reader, more recognizeable. Besides, it's a shonen character. At least he doesn't have blue or orange hair, upright spikes or weird lines on his face etc. And he would look ridiculous with a straw hat on while playing tennis. Hah. The simple cap was already taken by no other than prince of tennis after all...

Really? Only one? One Outs, Giant Killing, Major (well, from season 4 and up), Hikaru no Go, Shion no Ou... Hah, I don't know a lot of them either, but there's gotta be more, right? ;D

I prefer manga actually. Anime is pretty faithful to the original, but manga gives of better feeling.
Also there was this scene when Tenma first gets to know that Johan is a cold blooded killer and it was more powerful in the manga imo
All Comments