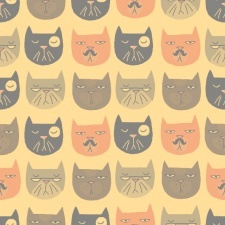 Both anime have a similar feel, and both of them start off episodic and almost slice of life in their weird sorta supernatural way. They then go on to have a big crazy finale with a nice climax towards the end that emphasizes teamwork and how even in weird situations things will end up ok. TLDR; Both Humanity Has Declined and Tsuritama have that same type of sorta confusing weirdness in them.

Both have adorable main characters, who basically try hard to succeed in what they are doing, while developing friendships and learning to be better people, and both shows are sorta feel-good with a happy outlook on life. Nice because even if your heart gets broken a bit during the show you still end up glad you watched it. Not going to lie, Gingitsune has a more interesting premise since it deals with the supernatural, but Hanasaku Iroha is sorta like its less interesting cousin that you love anyways because its relatable.

Both have very different plots and ideas, 1/2 Prince takes place in a MMORPG like game in a futuristic setting, while Fullmetal Alchemist has nothing to do with games or futuristic technology, and takes place in a world where Alchemy is more than just chemistry, but instead a power that allows those talented to create and destroy things. So how are they similar, you might be asking? Both are pretty fast paced, making you want to read them in one setting. They have very involved plots with deep themes which you can either ignore and just enjoy reading, or you can read deeper into them. Fullmetal Alchemist deals with ideas involving redemption, loyalty, morality, and personhood, which develop through the manga. 1/2 Prince deals with things like feminism, loyalty, and personhood, an probably some more but that's not the point here. Both series have the potential to inspire deep thought, while still being super entertaining and funny, while inspiring obsession while reading. And honestly, the fight scenes are awesome in both.