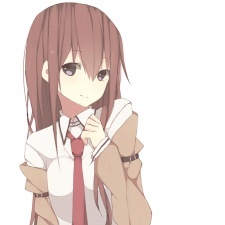 Both main characters are dragged into being different types of mutant humans. The powers in Tokyo Ghoul are more like a natural defense mechanism they are born with and in Ajin they are immortals and some can control a type of stand like in JoJo's Bizarre Adventure. Both shows are dark and dramatic, the key difference is that Ajin is a lot more cynical and Tokyo Ghoul likes to explore the interactions amongst Ghouls

Both have a very similar genre/setting. In Yozakura Quartet you have youkai (kind of supernatural beings that are usually in a human form) and in Kyoukai no Kanata you have youmu (pretty much the same thing accept they attack people and most don't have a human form) and both series are supernatural action. However, YQ is more about coexisting with the youkai while KnK is more about exterminating them. Both also have half-versions of the monsters in their worlds. However, YQ does have a bit more fan service and over the top action while KnK has some romance and moe.

Both involve an overpowered, hot-headed MC and a demon leader. They are both comedy/action and give a very similar atmosphere. The major difference between the two is that Beelzebub's MC is a highschool delinquent that has been placed in a position where he has to father the demon king's baby. In Blood Lad, the MC is an Otaku who just so happens to also be the boss of his territory in the demon world. Also, the majority of the characters in Blood Lad seem to be above highschool age, other than the female lead.

Similarities: Both series have a similar arch structure, where in each arch the main characters travel to a new city. Both series also have an MC with a certain power that makes them undesirable by the villagers. In Sunday without God (Kamisama no Inai Nichiyoubi), Ai is a gravekeeper, one of the select few that can put the dead to rest. In Spice & Wolf (Ookami to Koushinryou), Holo is a wolf god who is perceived as a demon by the church. Differences: Spice & Wolf deals with the economics of each city. The show doesn't go into fantasy often and stays realistic. Sunday without God is more about the after effects of what has happened to the world after God has abandoned it. For portions of it, the focal point is the Deceased; people who have died but still roam the earth. But the story doesn't always revolve around Ai's experiences with the Deceased which may make the story seam less focused.

Both anime have an unusual coupling. In Tasogare Otome x Amnesia, its boy-ghost, while in Sankarea, the love interest is boy-zombie. They were both also released and ended around the same time. However, the animation styles are a little different but the main girl characters look similar.