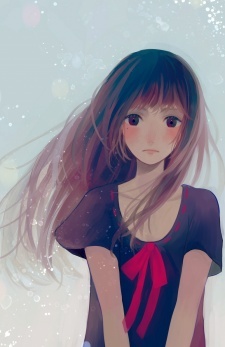 Naratchi Mar 13, 8:25 AM
well howdy-do! good on you for persevering and completing The Thing, achieving the sanctity of being Free. not sure what it's all about but you definitely did a good job of it.

it's raining again! that's what we get for the weather getting warmer. better hole up inside and regenerate. you too, after The Thing (parasitic shapeshifting alien notwithstanding), i bet it wore you down quite a bit!

Naratchi Nov 1, 2020 2:15 PM
i'm blasting through my twenties still in my "figure things out" phase, it feels like. confounding that time should change so little and slip by unnoticed at that thunderous a pace. life feels like a "blink and you'll miss it" kind of thing. and it's often windy. and i don't have any eye drops.

hi! it's always nice to see a message from you. i hope you're taking the time to bring your stress levels down from time to time. the brain's wired in a peculiar way when it comes to fear. sometimes the act of thinking, which you would think should manage the stressful thoughts in the right way, just ends up heightening the fear, flinging anxious notions at you like daggers to the chest when you're trying to relax. there's nothing really dangerous about to happen, but the brain seems to insist on that, from time to time. particularly after stressful events of course.

so managing, calming down, disconnecting, i'm constantly out for these things. nothing beats a long walk in the woods or up a mountain path. or playing with the dog that loves you. or having a qualified person "beat" your stiff back into shape. or escapist things like playing a great game or watching something you like. anyway that's me for the past year. i guess that's where i'm going with this. it's good that these things exist, or i would surely have my spine turn to stone and have my eyes disintegrated by the wind.

working in a grocery store means being in the front lines of this pandemic. the customers coming in and coughing and sneezing with not a worry in the world is really grating me. people are getting sick everywhere, exponentially. what gives them the bright idea to go straight past the antibacterial soap and hoard hermetic food and tp? shops having to close because of quarantined employees. i really wish i could just shop for them all and leave their food at their door but there are too many residents in the area. i still see large groups walking around, happily spreading the virus amongst themselves. visibly sick people going shopping with enormous disregard to their fellow man. oh well, at least my vocation is prioritized in a time like this. it means i can't stay home and quarantine myself (which i really would love to do at this point) but at least i can make money to get by. i haven't been sick in like two and a half years so, so if i get sick now it's almost reasonable to assume it's the little prick covid-19 infecting my body.

there's one thing that's been in the forefront of my mind at all times during this intensely stressful week: animal crossing new horizons is released on the 20th. it made all the hardship easier to deal with, just having something imminent to look forward to. getting to sit down and relax with it yesterday and start my vacant weekend with it was all the reward i could've wished for. it's a game i think you too would've loved. just altogether therapeutic and shoulder-easing fun.

hope you're ok too.

Naratchi Feb 4, 2020 1:58 PM
yeah i loved it. loved the characters, loved the presentation. it handled its themes competently and never missed a chance to portray characters with empathy and understanding. i'm glad i finally got to watch something and be invested in it through and through. that seems to happen less and less. and with an ever-growing mountain of series and movies and games to choose from, the choice is easily overwhelming. i have had a tendency the past year, to go back to the game consoles of my childhood and play through the games i never got my hands on. like the fire emblem games for the gba, or the professor layton games on the nintendo ds. it's equally valid entertainment to the newest triple-A games if you ask me. i also have had a lot of fun soldering wires to components on the old motherboard of my gba to install a backlit screen, removing the unlit screen. i got a soldering kit just to try it and it gave me a real sense of accomplishment. maybe i could have done well as an electrical engineer. not too late to change my career choice... but i also feel mastery and being depended upon at my current workplace so i don't think i will.

i take a peek at your anime-watching habits from time to time. you like to dote on anime boys, don't you. hehe i'm kidding. it looks like you're watching a lot of worthwhile shows that your heart enjoys. that's good. you will notify me if you watch something i might like, won't you? i didn't watch a single series in 2019 but i already beat that in 2020 by a whooping 100%. there's stuff like monster and samurai champloo hovering above my head but i think they'll stay just out of reach until i reach late adulthood or something. like it's their destiny to exist only as a reminder that there are still good shows out there that i haven't watched, reassuring me that the future has at least that to look forward to. hehe. a sad fate, but i can undo it on a whim. the future holds many promising and wonderful things. like the uzumaki mini series. and the new animal crossing game. and a grown-up doggie that doesn't pee indoors anymore.

Naratchi May 8, 2019 6:01 PM
oh wow, thanks for always doing this. being an old man now i have the authority and life experience to tell you, it's important to cherish your youth! go forth with vigour, ani-chan! *bones creaking, joints jamming, legs giving in and teeth falling out* h-hurry...!

Naratchi Dec 16, 2018 6:27 PM
hi! something about reading our conversation. the things we talked about back then. being so curious and, i don't know, eager? vigorous? full of drama and wholesome intent. just reading anything here gives me inner warmth. what an archive of good feelings we've created.
teach me about the tesla experiments exhibited in the museum of science senpai!!!
i hope you're well

Naratchi Apr 23, 2018 12:10 PM
hi! thanks and likewise. i make sure to keep up with your updates too. ritualistically. old, old habit of ours now, isnt it. and yes it was a nice journey. sweet and romantic, and all the more painful for it. how was sangatsu no raion, i was planning on binge watching that next.