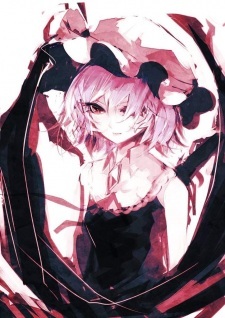 A Vocaloid anime would be great, give me more Miku haha :P

ooo nice to meet an old kpop fan!! I have been a fan since mid 2010-2011 & stopped listening for few years only to get back so we seem to be quite similar but finally someone who blames Red Velvet rather than BTS :P
Who's your bias in RV btw? Mine is Seulgi, she's just cool!

For Solo artists, I'm a huge Taeyeon fan! I love Sunmi, Chungha & Heize too!
Groups I like BP, RV, Apink, Ikon, EXO, Shinee & Mamamoo!
Not the biggest fan, but GFRIEND has some songs that I also like.

What about you? Also I'm rly sorry for the late reply, have been quite busy!

Aslt Jan 26, 2019 3:07 PM
I'm not so sure about that. I wouldn't call it good per se, but it is an entertaining show. It tries to stand on its own two feet, or at least I believe it does, which is fine. It's solely a terrible adaptation of a phenomenal manga, as simple as that. I don't agree with you on the inner monologues. Death Note is jam-packed with those, yet it doesn't get dull or tiring at any point because of their presence. If the TPN director knew how to correctly execute those, the anime would be much better. Yeah, the voice actress did quite a solid job delivering several lines, still, I'm unable to fathom why they decided to make Krone into a complete brainlet, who is saying their thoughts aloud while holding a bizarre doll. I guess I will have to try to stomach her character in the anime, sigh.

Aslt Jan 25, 2019 5:39 AM
The scene from the third chapter, which slickly humanised Isabella in my eyes, also didn't make an appearance in the third episode. Well, I officially lost all my hope it will happen. Furthermore, Krone acts like a literal brainlet in the anime adaptation; she's not the terrifying psycho we can observe in the manga and it was depressing to witness.
Yeah, to me, the insert songs are the sole aspect of the anime I can wholeheartedly compliment since visually it isn't captivating not one bit.

Aslt Jan 21, 2019 3:26 PM
Actually, the anime adaptation has already omitted a few scenes, and the pacing is off in the second episode. It seems as though Cloverworks is trying to cram in as many chapters as it is possible and I'm not a fan of that. Despite it, the show is enjoyable nonetheless, and I'm interested in seeing certain moments, from the manga, animated.