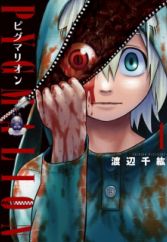 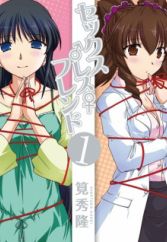 All of the girls at his college love Suou Tsukasa and come up to talk to him on a daily basis. Unfortunately for them, Tsukasa hates girls that are straightforward like that but is too nice of a guy to tell them that. In fact, he has a crush on Kizaki Megumu, his classmate and one of the shy and least talkative girls. The professor in one of the classes they have together is Dr. Hime, a young teacher whose childish looks and short height makes her a target for her students to jokingly tease and treat her more like their friend rather than a professor. After taking home the drunk Ms. Hime who was served lots of alcohol by her students, Tsukasa learns a giant secret about her love life. (Source: MangaHelpers) 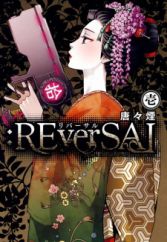 Kyoto native Ayame Matsuyuki genuinely enjoys her life as a maiko, training to be an elegant and refined geisha similar to her sister Maika. In spite of this, she also has a burning desire to be a hero of justice like the characters she sees on television. After saving a man being harassed by a dog, she picks up a strange game console that he leaves behind. The two meet again and the man, Takayuki, seems horrified to have the device handed back to him, urgently asking what the hour is. Suddenly, haunting lyrics to a nursery rhyme are heard, and the two find themselves in a place that in some ways is similar to the city they left behind—but in other ways, is eerily unfamiliar. The city "Reverse Kyoto" is populated by beings reminiscent of zombies. While a game is in progress, players can choose to fight, run, or die. Most players have banded together to decimate the monsters standing in their way, but Ayame rebels against the idea of killing to survive. "Going in is easy, but returning is scary." Despite her terror, can she save everyone just like a true hero would, without compromising her morals? [Written by MAL Rewrite] 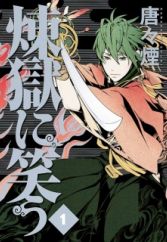 Set 300 years after Utakata ni Warau, and 300 years before Donten ni Warau, during the turbulent Sengoku period, it is the story of a young man named Ishida Sakichi, whose mission leads him to encounter a pair of mysterious twins at the Kumo Shrine.

Super Danganronpa 2: Chou Koukou-kyuu no Kouun to Kibou to Zetsubou 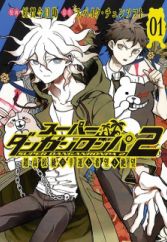 Super Danganronpa 2: Chou Koukou-kyuu no Kouun to Kibou to Zetsubou

At Hope's Peak Academy, an elite school for "Ultimate" students, 16 teenagers have gathered together to begin their new year. However, once they set foot inside, they all promptly pass out and awaken later in a classroom. A pink and white bunny named Usami appears and informs the students that they will be going on a school trip to an island, and that they can leave once they become good friends with one another. However, their fun in the sun is quickly interrupted by a black and white bear named Monokuma. He overpowers Usami and introduces himself as the students' headmaster, revealing that they are on a "School Killing Trip": if they want to leave, they have to kill one of their classmates without being caught. When the first body is discovered, Nagito Komaeda, the "Ultimate Lucky Student," strongly believes that none of them could be capable of murder. However, with so much at stake, even Komaeda's feelings of hope may be overridden with despair. [Written by MAL Rewrite] 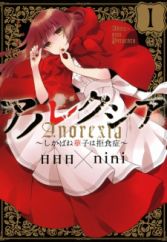 "In an accident at the meat factory, the heiress was heavily injured. Guiltily, I agreed to her request, but this very same request have let me enter into a wonderful life..." 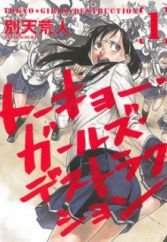 In the 2020’s the Japanese female culture was extremely corrupted in the eyes of the first women prime minister. To bring back the beauty of Japanese femininity, she created the Amazon Academy, a girls-only school, on an artificial island isolated in the middle of the Pacific Ocean. Amesu Kumi just transferred into Amazon Academy to investigate the death of her older sister, Towa, who also attended the school until she died in a shroud of mystery. The only clue she has is the name Burai Sachiko left in Towa’a cell phone. How could Kumi have known that the school literally turns into a battlefield when classes are over; where petite girls beat each other senseless in order to survive. (Source: MangaHelpers) 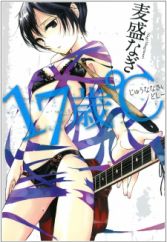 Our main char falls with a big bang for the new beautiful transfer student Natsuki. While he keeps it in himself, he finds out that Natsuki is quite the rebel who does what she wants, she's strong enough to break his mean senpai's arm and send him to the hospital, and she's the one who just broke his bass guitar. He still follows her around and finds out that she's quite nice but tries to distance herself from others. The reason is that she's getting married as soon as she graduates. This is also the reason why no one really punishes her for doing the stuff she does in school. Still our main char falls more for her and it seems like the love is mutual? The hindrances in this story at the end of first chapter are the marriage and the mean senpai who falls for Natsuki after hearing her sing in an instrument shop. (Source: MU) 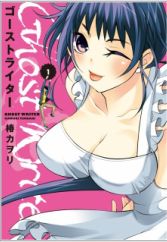 Mikage Tarou is a poor 25-year-old writer with a secret: He's the ghost writer behind an author that has recently become wildly popular, Nagareboshi Ryuusei. Since Tarou's ghost writing is strictly confidential, everyone he knows believes that he's something of a failure. His personal life doesn't make him look very successful either, as he didn't acquire a very prestigious education and he's never slept with a woman. His publishing company doesn't treat him with much respect, and he's always behind on his apartment rent. His personal life is looking more interesting lately, though. He has a thing for his landlord, an innocent and pretty young woman named Mabayu, and his sexy, uninhibited neighbor Hikaru keeps causing all sorts of awkward situations. Will Mikage ever be able to attain any kind of public success, and will he ever end up with Mabayu? (Source: Gao-subs) 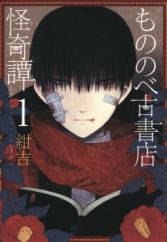 Shoutaro is a man of few words. He manages an old book store called Mononobe Koshoten and has an admirable young boy named Shiro helping out in store as he spends his days reading. But behind this, Shoutaro has another job; the collection of some rather unpleasant old books... 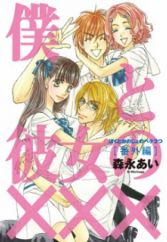 This volume spin-off offers a new ending to the original series. Will Akira and Momoi switch back into each others bodies? Also included are a few one-shot stories. (Source: MU) Included one-shot: Cosmos-sou e Youkoso (Welcome to Cosmos Apartment House) 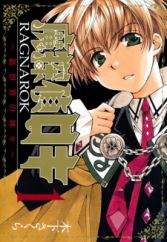 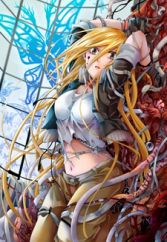 There's been a string of mysterious deaths, where the victims are torn up for no discernible reason. One day, the situation escalates and Homura Kei's computer class of 36 people is slaughtered. Due to Kei's delinquent behavior in skipping class, she ends up as the sole survivor of the massacre. When she goes home that night, a hacker called Yuon comes to her door. He claims to have also lost someone to the mysterious murderer, and he has information that Kei does not. Apparently, someone has created a program that can affect humans through the image of a blue butterfly on a computer screen, and that someone is using the program to murder people. Kei and Yuon will have to track down the murderer, before whoever it is decides to finish them off! (Source: tethysdust) 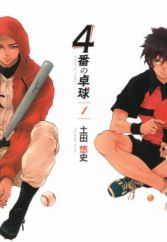 As a door closes, another one opens... Kurobe Taiyou's baseball dream ended unexpectedly and the scars it left within him are deep. A chance encounter introduces him to the world of table tennis. Can ping pong light the fire that used to burn so brightly within him? (Source: JShoujo Scans) 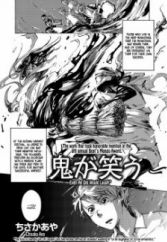 Each year, the villagers of a certain mountain village hold a festival to celebrate the harvest. Tominaga Yuuki, a 17-year-old born outside the village, is chosen to play the role of purifier in the Oni exorcism, the festival's most important ritual, opposite 3-year veteran of the dance Kurashina Hana, his female classmate. In the days leading up to the festival, Yuuki gets more and more frustrated with his role, until he starts to see...? (Source: MU) 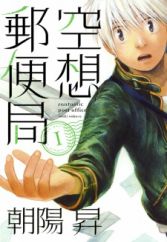 Makoto lives an ordinary life with his father and little sister, after the death of his mother. He spends his days doing the same things—going to school, talking with his friends, hanging out with his girlfriend, and spending time with his family. One day, though, after he rescues a bird from an attacking crow, things take a very different turn. First, his girlfriend breaks up with him, and then, later that night, he's in a terrible traffic accident while running an errand. He awakes in a strange place, with several people and the bird he saved earlier, which now appears to speak English. They explain that he is not yet quite dead, but not necessarily alive, either. The bird offers him a deal: If he works as their miracle deliveryman, he can earn back his life. As a miracle deliveryman, Makoto re-enters the world as a kind of ghost, providing people with letters or packages that give them just what they need in a difficult time. (Source: MangaHelpers) 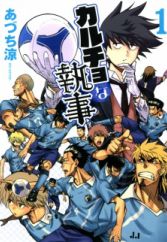 Manga revolving around a roupeiro, a boy who works behind the scenes of the soccer team. (Source: ANN) 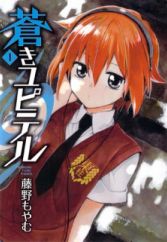 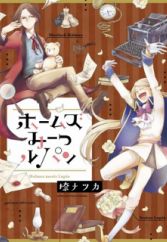 Forest of the witch 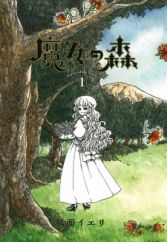 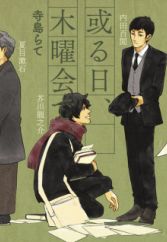