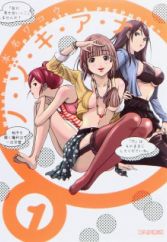 When Tatsuhiko Kido moves to the city to attend art school, all he wants is a normal college life full of fun, friends, and cute girls. But his life takes a dramatic change when he peers through a hole in his apartment wall and sees his neighbor Emiru Ikuno masturbating while facing his direction. To make matters worse, he was caught peeping by Emiru, so he barges into the next room to apologize. Unfortunately, he falls into a compromising position with Emiru who quickly snaps a photo and blackmails him into having a mutual peeping relationship. And to make matters more interesting, he learns that Emiru is in his class at school! Although initially curious and only somewhat peeved by their relationship, it begins tearing at Kido's psyche, his sanity, and the relationships he has with other women. Despite its smutty appearance, Nozoki Ana is a deeply psychological story about guilt, eroticism, and finding love in strange places. [Written by MAL Rewrite]

HIME-GOTO: uniforms at the age of nineteen 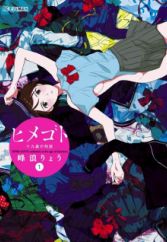 Acting and crossdressing as a boy, Yuki "Yoshiki" Ichihara is viewed as a male by her peers. Despite their expectations, she secretly wants nothing more than to be more feminine. On the other hand, all of Mikako Nagao's classmates believe she is sweet and pure; but in contrast to her innocent veneer, she enjoys selling her body to older men while pretending to be 15 years old. Though it may just be a front, her appearance has enchanted the dashing lady-killer Kaito Aiba, who lusts not for Mikako but to be her. To help fulfill this fantasy, he crossdresses as his idol and takes pleasure in impersonating her in his spare time. Each of these three college students hides behind an identity that is not their own, masking a self that they cannot reveal. Burdened by their hidden lives, they search for who they are and what defines them as their fates begin to intertwine. [Written by MAL Rewrite] 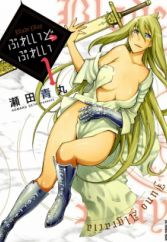 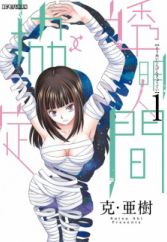 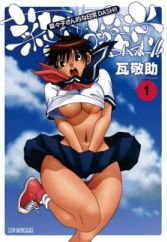 Nanako is an athletic and free-spirited girl that excels in every sport she does. Many of the sports groups at her school request her assistance at important matches. Where she excels the most is when she finds herself in a bind that will strip her of her clothes, while Keisuke Kawara ogles. You would think Kawara is the luckiest boy alive until you see the end result of Nanako's "accidents." (Source: MU) Also includes Daibouken series. 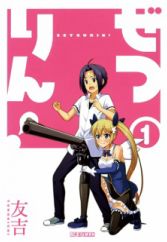 For as long as he could remember, young Keisuke has been troubled by a strange phenomenon—he always seems to accidentally fall over on top of girls at the worst possible time, landing hands-first on their chest or face-first in their crotch. One day, a magic angel name Ririi and her fairy friend Chappi descend from the heavens before Keisuke and reveal to him that he is in fact a legendary hero and these "accidents" were actually brought about as a result of a power that lay dormant in his groin. Having been awakened to his fate, Keisuke feels an energy surge within him and suddenly a large black gun barrel arises from his crotch—the holy genital gun, Zetsurin Buster. (Source: RocketNews24) 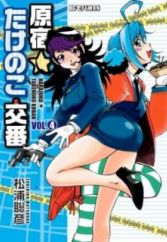 Nishimoto Haruki is a 21 year old male and a newly recruited police officer. However, all his past assignments involved him dressing up as a girl in order to solve the crime. It seems that he has the feminine features that make him the only one suitable for the position. However, things get even crazier when he is assigned to be in the all female police squad surrounded by gorgeous women. He has to protect his secret that he’s actually a man but Haruki is already having a hard time controlling his urges. (Source: MU) 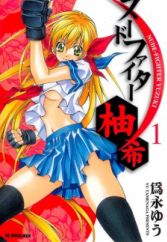 Asou Yuzuki, a female high-school student who just wants to live a life of being able to love just like any other girl. However, there is a reason why this girl's wish will never be granted. The reason is that Yuzuki is in control of the family that uses the Naked Fist, a surprise art of self-defense where the more you strip, the stronger you become. Moreover, she's the only daughter of the Asou Family with the family lineage that has this history! Aiming to take the seat for the head of the entire family, one by one, assassins that use the Naked Fist continue to approach her! Reckless fighting with reckless stripping! Having tons of problems in store and being filled with tons of dramatic events, Asou Yuzuki's high school life begins! (Source: Kirei Cake) 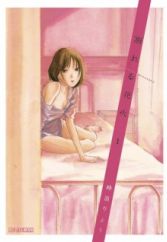 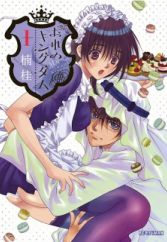 An ecchi comedy about a boy who awakens "the Voice of the Conqueror," a holy power that allows absolute control over all females. 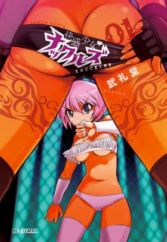 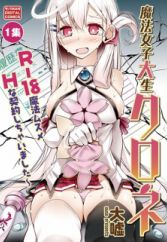 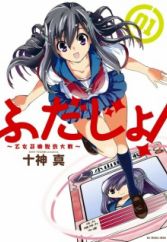 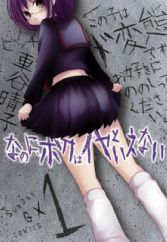 Because of his father's job transfer, Rei had to stay at Ninako's, his cousin who's currently a college student, house. He is thrilled at her welcome, but, much to his surprise, was offered a strange proposal in return for her hospitality—he has to be a transvestite when they're alone. Despite his shyness and indecisiveness, Rei doesn't seem to hate the proposal. 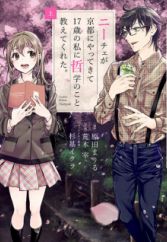 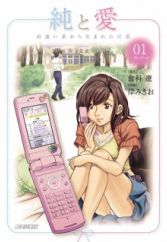 Ai is a fifteen-year-old girl who is living in the bad part of town, with her drunken, promiscuous mother. Her delinquent friends, Kana and Miki, regularly use Ai as bait to extort money from middle-aged men trying to buy sex. Ai feels horribly alone and trapped in a life she does not want. Jun is a fifteen-year-old boy living in an elegant mansion. He has a teacher to give him lessons at home, and he studies the violin. He never leaves his home, though, due to his severe congenital heart disease. When any overexertion might lead to his death, playing it safe has always taken priority over interacting with other people. Jun and Ai, both feeling confined and lonely, find each other through an internet social network on their cell phones. Soon, they have formed a deep friendship and possibly more. But will their affection for each other be able to overcome the extreme differences in their lives and upbringing? (Source: MangaHelpers) 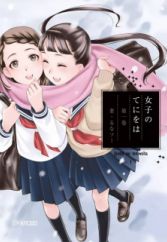 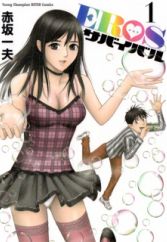 "Eros Survival" is a show broadcast over the internet where pair of players—a man and a woman—compete for the grand prize of 1 million dollars! To win though, the pairs must demonstrate both knowledge and skills in order to "strip" their opponents, progress through the rounds, and grab that super prize! (Source: MU, edited)