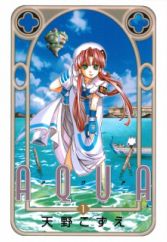 The year is 2301, one hundred fifty years since terraforming operations began on the planet Aqua—formerly known as Mars—causing it to be almost entirely covered with water. Aqua's capital, Neo-Venezia, is a near-perfect copy of the wonderful, dreamy city of Venice back on Manhome—previously known as Earth. Citizens and tourists alike take their time exploring the city and admiring its rustic charm, especially by riding one of the many gondolas gliding along the waterways. Highly skilled and knowledgeable women known as Undines navigate the gondolas and act as tour guides of Neo-Venezia. Originating from Manhome, several well-renowned Undine companies have made their home in the capital, with many young girls aspiring to join their ranks. Chasing her dream of becoming an Undine, Manhome native Akari Mizunashi begins her training as an apprentice at the Aria Company. Soon after arriving in town, she becomes acquainted with her mentor Alicia Florence, a pudgy cat named Aria Pokoteng, and Aika S. Granzchesta, a fellow Undine apprentice from the Himeya Company. Together with her new friends, Akari strives to become a full-fledged Undine while taking in all the magical sights and sounds that Neo-Venezia generously offers. [Written by MAL Rewrite] Included one-shot: Volume 2: Othello Game (Ebony & Ivory) 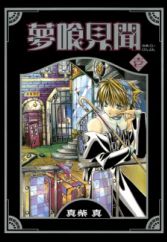 For those who suffer nightmares, help awaits at the Ginseikan Tea House, where patrons can order much more than just Darjeeling. Hiruko is a special kind of a private investigator. He's a dream eater. And he'll rid you of your darkest visions... for a price. (Source: VIZ Media) 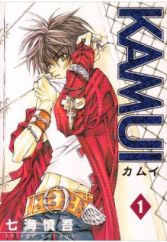 Spirits known as kamui are thrown into chaos when the sacred spirit Okikurumi is taken from Atsuma's village, and the imbalance threatens to destroy Earth. Infused with the spirit of an ancient sword, Atsuma must leave his village to reclaim Okikurumi. He encounters NOA, an organization of youths who wield the power of the kamui, and who may hold the key to Okikurumi. Atsuma is recruited into NOA by Sumire, a young woman with an empty soul who yearns for a miracle. Atsuma and his new companions must work together to find Okikurumi before the world is destroyed. (Source: Broccoli Books) 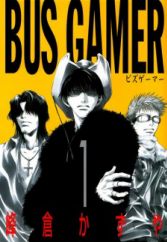 Toki Mishiba, Nobuto Nakajo, and Kazuo Saitou are hired to play the Biz Game, a game much like capture the flag, only with company secrets and insane amounts of money involved. At first they think it's a crazy but fun way to get some money, but as the game goes on, they hear stories about mysterious deaths on the news, and recognize the victims as members of the teams they've beaten in the game. When one of the losers of a game dies right in front of them, they realize what is really at stake—their very lives! (Source: MU) 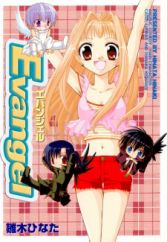 As the pioneer Evangel, it is Lufiras' job to rid the world of lower level demons who cause mischief. No hero can go without a sidekick, so Cadiz the (slightly annoying) Intermediate Level Demon decided to descend to earth as well to make sure his little buddy Lufiras-chin wouldn't go lonely. Together with Manaka, who (reluctantly) allowed them to freeload off her during their stay in Japan, they go on their way exterminating low level demons, eating kakigoori (shaved ice thingies) and causing a racket at school. (Source: Tsuzuku Jinsei o...) 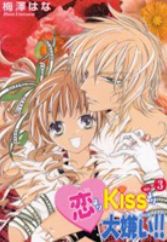 Our poor female character is a poor girl with a debt to the rich and powerful Tenmonchiki. She accepts to be a slave in order to pay off her debts but what are these feelings starting to bloom within her heart...? Could she possibly love this rich, arrogant and all too perfect guy? (Source: NOIR) 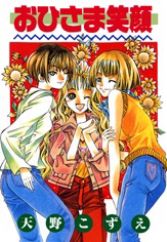 Ohisama Egao is a collection of four stories showing the budding romances of three schoolgirls and one teacher - Aoi, Ryouko, Shizu, and Sawada-Sensei. While each story takes place during a different season, they are connected by the frienship of the characters. Though there may be difficulties on each of their paths, they will keep moving forward towards happiness.

Kokoro ni Hoshi no Kagayaki wo 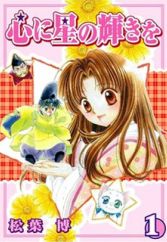 Kokoro ni Hoshi no Kagayaki wo 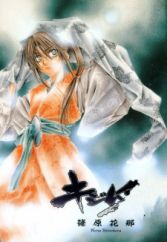 As if having giant monsters and robots threatening to destroy it wasn't bad enough, Japan now faces another crisis: demons. Kijimutan tells the story of Yuna, a young samurai woman seeking to feed her own ambitions as well as to fulfill her own sense of self. As Yuna and her faithful friend, Musashi, go on their journey, they come face to face with the Shouki, the evil spirits seeking to destroy the very hearts of the people. Faced with the possibility that there might be an enemy within every person they encounter, the two warriors will have to struggle in order to succeed. The Shouki may be a great threat, but the greatest peril to their quest might lie within the heart of Yuna herself. (Source: MU) 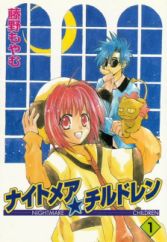 Kakao Cream comes to stay with Velstashio Evil after losing her older sister. His job is to catch nightmare children.