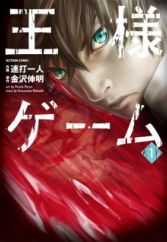 After awakening from a nightmare, Nobuaki Kanazawa receives a mysterious text message in the middle of the night from someone known as the "King," concerning the so-called "King's Game." This message demands that his entire class participate, that the King's orders must be fulfilled within 24 hours, and that no one is allowed to quit mid-game. Nobuaki and the rest of his classmates shrug off the message, thinking it is nothing more than an elaborate prank. However, it soon becomes clear that failing to fulfill the King's commands results in bloody consequences, as those who defy the King die in horrific ways. With each command more extreme than the last, the body count begins to rise, and a cloud of turmoil and despair looms over the class as they wonder if any of them can make it out alive. [Written by MAL Rewrite] 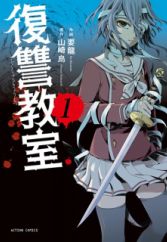 After suffering from horrific harassment at the hands of her classmates, Ayana Fujisawa has learned to simply remain quiet and wait for it to be over. However, when the bullying escalates and she is purposely pushed into traffic, Ayana is admitted into the hospital. She realizes that if she doesn't fight back, things will only get worse—and eventually, she might even be killed. In Ayana's mind, there is only one option: brutal revenge on those who have ruthlessly bullied her, those who have stood idly by and laughed, and those who have done nothing to help her in her torment. [Written by MAL Rewrite] 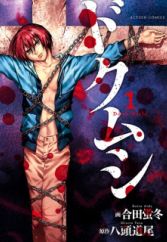 A group of very different people wake up together in the sealed environment of an abandoned school building. They include the college students Yumi and Reiji, a cabaret girl named Akane, an occult-obsessed salaryman named Yukitoshi, a punk factory worker named Toshio, an unemployed man named Taichi, and a 9-year-old girl named Michika. The building in which they find themselves has running water, no food, and a timer set for seven days. When they find a cleaver and a hot pot in an upstairs classroom, they begin to guess the intention behind their imprisonment. They're meant to kill and eat one another to survive. In principle, they should be able to survive just by waiting out the seven days in hunger, but nothing is ever that simple. (Source: MangaHelpers, edited) 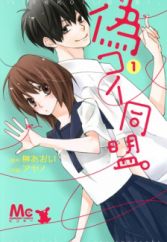 When classmates Mayuri Asana and Youji Aikawa catch their lovers kissing each other, they form a secret pact: to get back at them, Mayuri suggests that she and Aikawa have a love affair of their own. But these sorts of clandestine dealings are never simple, and what started out as a business-like conspiracy soon sparks something between them. Initially a romance born from revenge, they must now deal with the troubles and secrecy that come with being partners in crime and love. [Written by MAL Rewrite] Note: this entry is for the two-volume release and not the webcomic serialized on the E★Everystar platform. 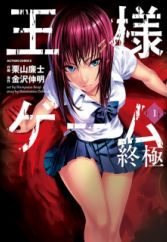 Seven months ago, the hellish "King's Game" took place. One of the participants, Nobuaki Kanazawa, transfers to another school after surviving the lethal ordeal. But the trauma he experienced, including the loss of his friends, has left him afraid to be close to anyone ever again. Soon, what Nobuaki fears the most arrives in the form of a simple text message: orders from the King concerning a new King's Game. Nobuaki understands the brutal rules all too well. You cannot quit halfway. The entire class must participate. All commands must be followed within 24 hours. Nobuaki begs his classmates to take the game seriously, lest they share their predecessors' tragic fate. Most, however, laugh it off just as Nobuaki and his classmates did all those months ago. Even the most skeptical among them cannot help but believe him when their classmates start dying one after another for disobeying orders. And if the game wasn’t bad enough, there is one more surprise in store for Nobuaki: one of his classmates is also a survivor of a previous King's Game. And they will do anything to win. [Written by MAL Rewrite] 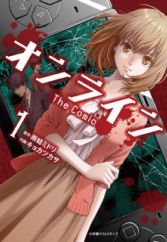 Mai Yashiro (22) was an average office worker until the day a video game console arrived in her mailbox. The game she is forced to play, "Nightmare," is a dangerous game in which one risks both the lives of the ones they love and their own body!! If you refuse to play, those dear to you die. If you lose battles in the game, parts of your body (your arms or legs, your voice, etc.) cease functioning. The horror of this game spreads throughout society in a flash, and, to fight it, Mai's company creates a "Nightmare" Strategy Team. After being assigned to this team, Mai and her dependable comrades boldly rise up against this hellish game. Adapted from the super-popular novel which has received over 40,000,000 hits online!! (Source: MangaBox) 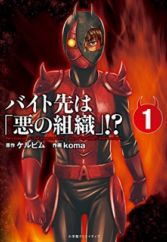 Arihisa Aokura needs money. He needs money in order to support his family of orphans and earn a living at the same time. Looking online for potential employees, he finds a posting for a part time job in an "evil organization." Seeing that the pay and benefits were fairly substantial, he took the chance and took the interview. He was somehow hired and now has to work as a henchman inside the evil organization "Antares." Will he be able to survive the onslaught of missions against heroes while providing for his orphan brothers and sisters? (Source: MangaHelpers) 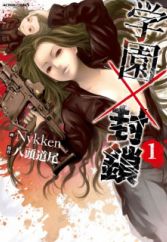 One afternoon, a peaceful high school gets occupied by terrorists who brought an unknown biological weapons with them. Hoozuki who is their leader made them inject the biological weapon's virus into herself... 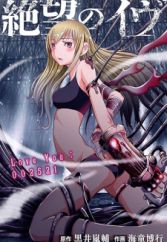 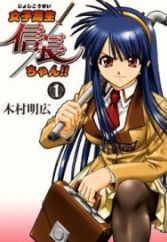 The 16th-century shogun Oda Nobunaga wakes up in a high school girl's body. 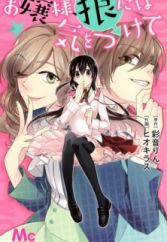 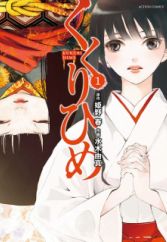