Zero - The Beginning of The Coffin 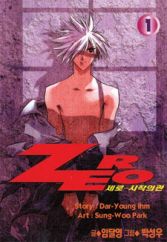 Having been born in a secret government laboratory that cultivated esper (telepathic) powers within humans, Shuuichi and two sisters, Sumire and Katsumi, are forced to endure a difficult life as test subjects until their escape. Years later, these siblings are still being sought after by unknown organizations that are after Shuuichi powers as he is what they refer to as the "zero-sample" with the ability to cause "zero-shock." (Source: Infinity Studios) 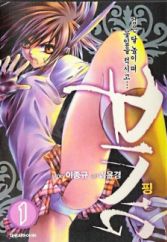 In the modern age, there still exists some martial art clans from long ago, vying for power. Amidst a fight, the son of a security man meets a mysterious girl who kisses him out of the blue... (Source: mangaupdates) 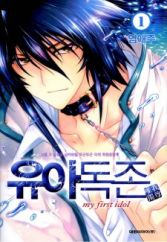 「 Don't Interfere with My Life!! 」 Handsome face and all around sportsman, also the young master of an enormous rich family...Chung-sol High school's No. 1 Han Sang-Ah!! This young master who doesn't lack anything ventures running away from home?! Officially permitted runaway time is 3 years! During this time there is something he says he must get in his hands...!! From then on starting to confront him are woman!! woman!! women!!! Harem Flood Mixed with Comedy and Action! Explosion of Heart Fluttering Pink that would tail all Korea's Bookstores!! (Source: volume one's backcover) Note: this manhwa is discontinued. 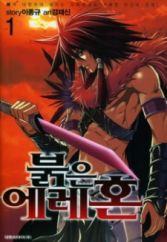 In a time when Gods ruled with cruelty, no one dared to oppose them... A girl was offered to the wind god as a sacrifice. A tribe leader sets off on a journey of redemption while trying to save the girl and make her his wife. Kiron, while defying the Gods will, departs for a difficult journey. Will he be successful? And what kind of obstacles will the Gods throw at him? (Source: MU) 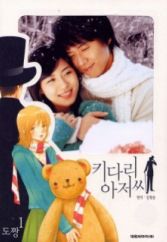 Left to the naive but good-hearted high school girl Cha Young-mi's own devices after the tragic loss of her parents, Young-mi is determined to overcome whatever hardships the future may bring in order to complete her education. Through the help of an invisible benefactor who pays for her tuition fees and other necessary expenses, Young-mi is able to finish her studies and is offered her dream job as program writer for a radio station. It is there that she meets and falls in love with her colleague Kim Joon-hoo. After Young-mi discovers a desperate message left behind by the former owner of her computer she decides to do something to help this heartbroken person… (Source: DVD Asia.com) 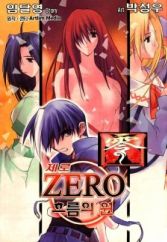 Gi Yuh is the leader of the strongest gang in his high school. He lives together with his younger sister, who seems to love him. When saving the beautiful Ha Na from a truck he instead gets injured and lies in coma for two weeks. During these two weeks he dives into a strange dreamworld and after his recovery he is not the same anymore. He regularly dreams about what seems to be a past him. To find out what happened to him he asked his teacher for help, who has friends, who deal with fortunetelling and supernatural powers. Here he finds the answer to his strange condition: He is supposed to be a "higher" ghost", who takes the position of a dead or soon-dying person. (Source: MU) 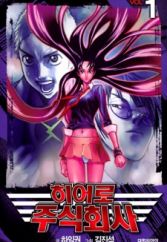 "Long ago, when danger approached the Earth there existed people exhibiting superhuman powers in order to save it; helping the weak and defeating evil for justice, not hesitating to sacrifice such beings... People distinguished them by calling them heroes. However... the era somehow changed..." (Source: MU) 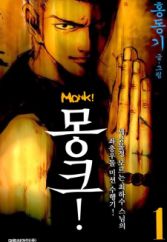 Even the oracle that locates the Dalai Llama's reincarnation could not foresee that the troublemaker Dang will undertake the mission to find him. However, Dang's power is yet hidden; his true power is not seen until it is triggered by sexual impulses and turns him into a monster! Unaware of this, Dang enters Mouhyuk High, following the oracle's advice. But his class is a special class filled with a bunch of weirdoes the students call "Trash" and his biggest enemy, "Coke Bottle" woman! Can he complete his mission?

A Boy Who Fishes Dreams 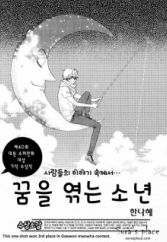 A Boy Who Fishes Dreams

This one shot has won 3rd spot of Daewon manwha contest, and thus the author has a high(er) chance of being employed by Issue magazine. (Source: Sura's Place) 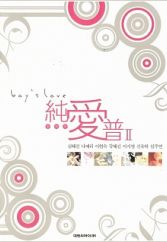 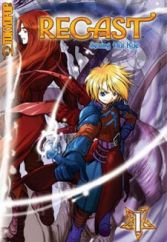 JD lives a peaceful life with his grandfather on a small island, until bounty hunters show up looking for them! Will JD be able to put to use what his grandfather’s taught him to survive in a world of magical peril? And what is the nature of the Recast spell his grandfather’s cast on him? (Source: Tokyopop) 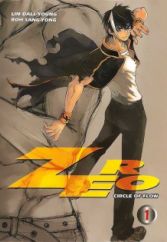 The story is about Yugi, a very popular guy who loves to fight. He always has the same mysterious dreams about people of a different era and a woman called Gai. After a car crash, he gets those dreams more often and even in broad daylight. Yugi wants assurance and visits a fortuneteller club... (Source: MU) Note: Version 2 of the manhwa under the same name with slightly different artwork and re-written story. 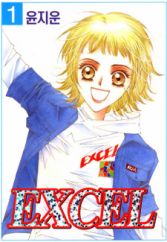 Excel is about a relationship between two sisters, Anri and Anji. Anri is one year older than Anji. Anri is a person with determination and guts, not to mention top grades and attitutde. Anji is a person with really nothing to offer. Anji can be quite mean and unreasonable. But, when it comes to down to her sibling, she can be pretty determined. The story details the troubles that Anji has to go through because of Anri's two-faced boyfriend, Baek-Hui Kang. (Source: JanimeS) 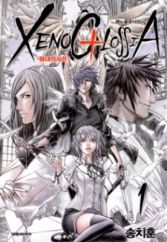 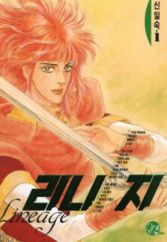 A threat has been made against young Prince Deporojue of Aden. Sent away for his own protection, he soon discovers the culprit is none other than the dangerously ambitious King himself. A stepfather and enemy to the Prince, this usurper looks to secure a permanent position on the throne by killing his stepson. But with the help of his late father's friends, the Prince fights for his rightful throne...and vengeance! The original manhwa which inspired the NCsoft game Lineage! (Source: ADV) 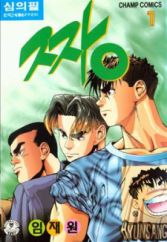 From ADV: Woo Sang High is under attack! The entire student body is being terrorized by a duo of frightening bullies who have recently been released from a juvenile detention center. Guk Do and his muscle-headed sidekick, Chung Ki, are on a rampage and they have set their sights on Saang Tae, a brawny teenager with the courage of ten men. He alone will battle the fearsome duo, but there’s only room for a few at the top, and only one man can be The Boss. 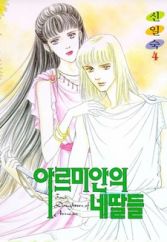 Once in Armian, Re-Manu XXXVII is awaiting her death. As it goes for years in history, the dying queen foretold the fate of her four daughters. Divination that would lead them toward their fate, and significance to determine the successor to rule Armian. The beautiful Swarda is fated to marry a throne man of Persia. The smart and calm Aspasya will encounter a great leader of history. But fate has its own plan to fool with their destiny. The first and the fourth daughter have their fates twisted, to heir the title of Re-Manu. But there wouldn't be a country with two leaders, one has to given way to another. And of course it won't be the cold-hearted and ambitious Manua to give up the crown, so then she decided to put her younger sister into exile. Little Re-Syahrina has to start her journey to find a phoenix's feather to get back home, while the story is also concerned in Swarda's pain of being betrayed by her lover and sister, Aspasya relationship with a slave called Bahel, and the new Re-Manu that would sacrifice anything to fulfill her ambition, and her sisters aren't exception. (Source: MU) 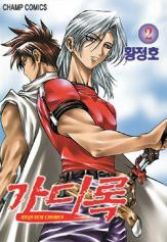 The Hwan-Woong dynasty is in turmoil. General Hae-Mo-Soo has taken control of most of the land. Prince Chi-Woo, ruler of the Hwan-Woong dynasty, is so severely depressed by the hardships he's suffered during the Revolution that he has become almost non-functional. It's in this state that the prince is discovered by Gat, a peasant and close friend of the prince. Gat rescues Ghi-Woo from General Hae-Mo-Soo's men, but the danger is not over yet. Though Hae-Mo-Soo and Shi-Woo both lay claim to power, there can be only one ruler of the land. Gat and Chi-Woo begin their journey together, enduring heartache and hardship as they seek to reclaim the prince's rightful place on the throne. (Source: ADV) 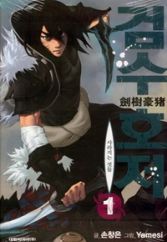 The Time of Gods has ended. What remains are human and Gumsue. Gumsue are people who can turn into animals, and some of them have more power than humans. However, while humans hunt them they choose to hide themselves. Hojeo is a strong Gumsue who is on the humans' side for his friend, Taesoo. However, the more cruel the humans' hunting becomes, the more conflicted Hojeo becomes. Meanwhile, the Gumsue have started moving...