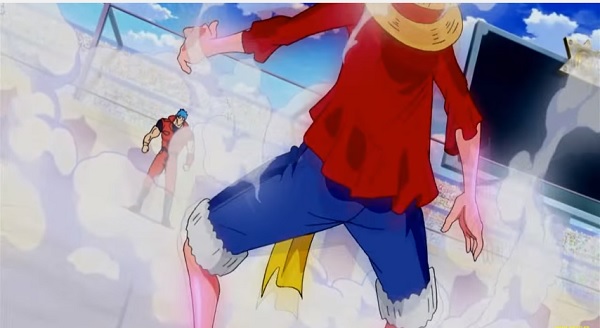 Toriko and One Piece are popular shounen anime adapted from their original manga published in Weekly Shounen Jump, a famous manga magazine in Japan. Both Luffy Monkey D. (a pirate captain) and Toriko (a gourmet hunter) are the protagonists of their respective series. 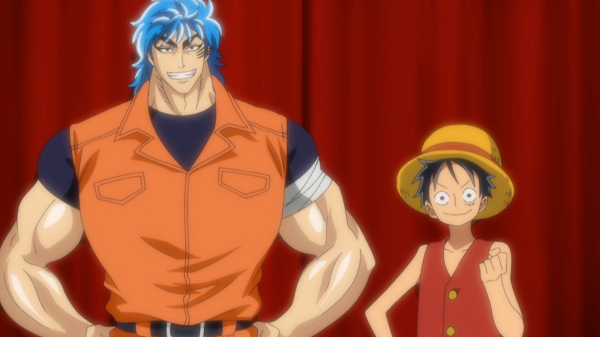 Toriko is a twenty-five-year-old human (twenty-nine after the Time Skip) with blue hair and animal-like factions. He’s quite a muscular giant, weighing 230 kilograms with a height of 220 centimeters.

On the other hand, Luffy is a human that starts his adventure at the age of seventeen (he becomes nineteen after the Time Skip). Even though he’s extremely powerful, compared to Toriko, Luffy's build is quite... petite. He is skinny and medium sized, with a height of only 174 centimeters.

Their personalities are quite similar though. Both are cheerful and dramatic characters that don’t care about keeping appearances. They are overly enthusiastic when it comes to things that interest them, but they usually don’t pay attention to other kinds of stuff. They are very friendly with everyone, although they dislike people who hurt their friends or try to put limits on them. 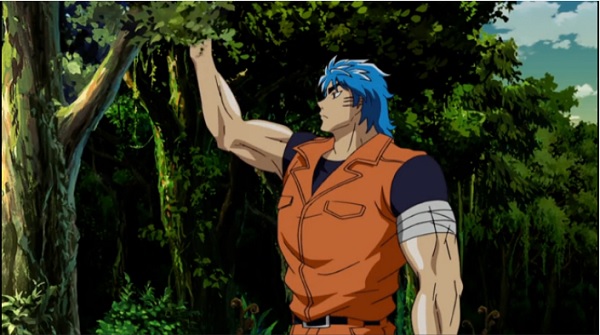 Wisdom and intelligence aren’t usually important traits in shounen heroes… it’s more about their will and passion. Luffy is a perfect example. His attention span is really short, and he doesn’t have enough patience to do technical tasks. Toriko, however, has displayed wisdom through his selfless philosophy, and he has also shown a vast knowledge of animals and plants. 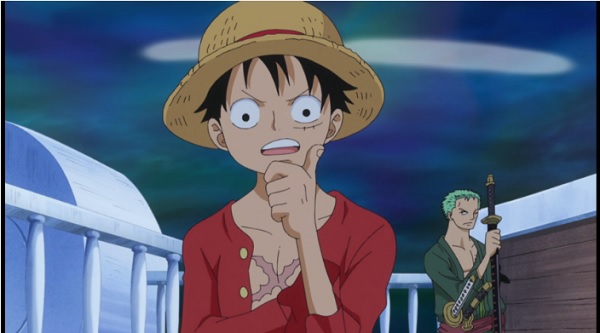 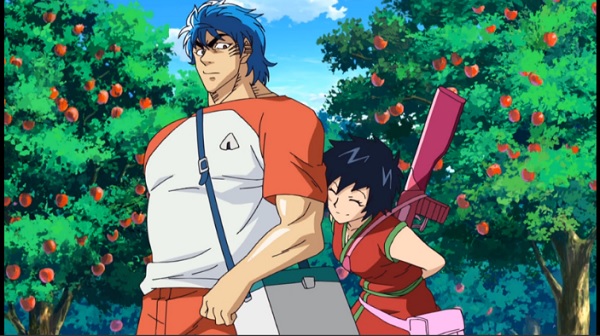 These characters don't show any interest in women or relationships and are more concentrated in achieving their own goals. Luffy doesn’t seem to recognize Boa Hancok’s beauty, while Toriko doesn’t reciprocate Rin’s displays of affection. 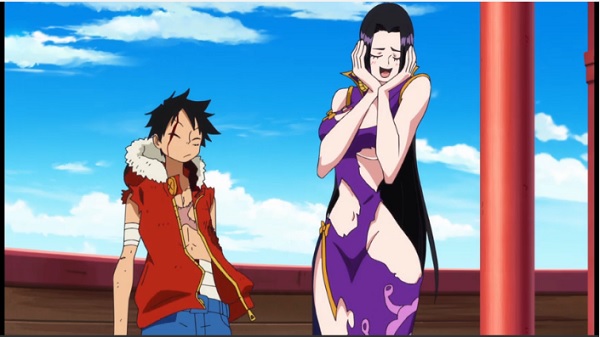 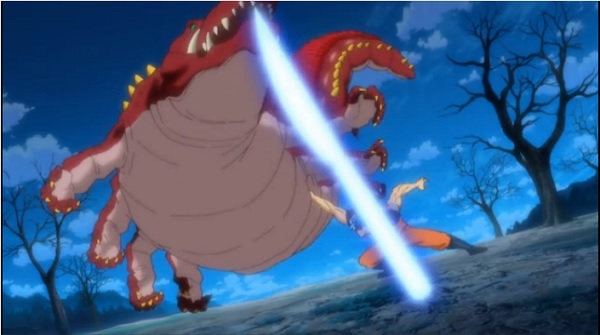 Their battle techniques on the other hand are very different. Luffy ate the Gomu Gomu Devil Fruit, which made him a rubber human. The abilities acquired by this fruit allow him to stretch every part of his body, and make him immune to certain kinds of attacks. His offense consists of powerful and fast hits that can be used within short to medium range. He has also learned Haki, a technique that can be useful for intimidation, reinforcement and accuracy.

Toriko’s power comes from the Gourmet Cells that inhabit his body. His techniques are based on grasping, cutting and punching. He is also a short to medium range fighter. Toriko has incredible physical strength, but he can also use abilities like power boosts, intimidation and mental illusions. 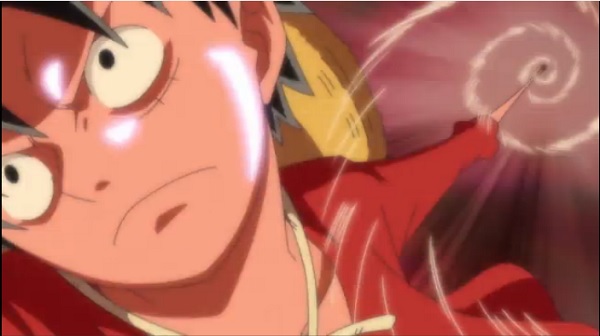 Shounen heroes are very similar in terms of personality, behavior and relationships. However, what makes Toriko and One Piece so great are the fantastic worlds they create, the unique and amazing abilities of their characters, and the values they inspire through their adventures.