Bleach Guide Series: All About Hollows

Bleach is known for its various spiritual and supernatural beings, and one type is the Hollows. The Hollows are interesting creatures that are enemies to humans, which ultimately mean they're an enemy of the Shinigami. Learn more about these unique beings in our Bleach Guide! 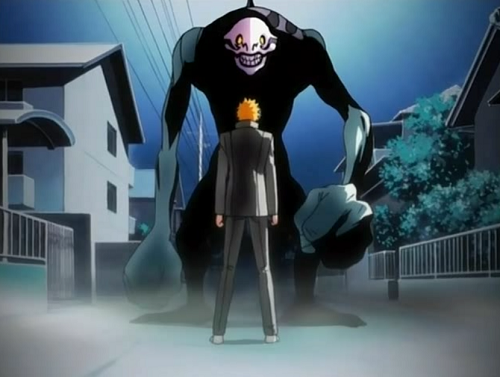 Bleach includes a variety of supernatural beings and characters. In this featured guide, you'll learn about Hollows. Hollows are corrupted beings that didn't make their way to Soul Society. Instead, they end up in Hueco Muendo, located between the Human World and Soul Society. Because of the Hollow hole, Hollows are empty and they eat human souls in the World of the Living to fill that emptiness, making them an enemy of Shinigami and humans. Shinigami purify Hollows and help guide them to Soul Society.

How Are Hollows Created?

Hollows were once Pluses or human souls. Pluses end up as Hollows for one of two reasons: They stay in the World of the Living too long or they hold onto despair or regret. For example, some spirits may stay behind in the World of the Living because they want to watch over their loved ones. Orihime's brother, Sora, became a Hollow because he thought his sister forgot about him. These spirits who have not been purified or guided to Soul Society by Shinigami end up as Hollows. The time that it takes for a soul to become a Hollow depends on the Chain of Fate that is attached to it. The Chain of Fate is the link to the soul and its physical body, and it becomes shorter over time. The chain can become shorter faster during certain situations, such as a soul being attacked by a Hollow or suffering from intense despair.

How to Purify a Hollow

Hollows are purified by Shinigami, and this process is called Hollow Cleansing. Shinigami use their Zanpakuto to slay a Hollow, which ultimately cleanses the Hollow and allows them to enter Soul Society in their Plus form. However, if a Hollow performed evil acts during their life as a human, they're sent to Hell and can't go to Soul Society. If a Plus has yet to become a Hollow, a Shinigami performs Konso or Soul Burial to guide the spirit to Soul Society or Hell. 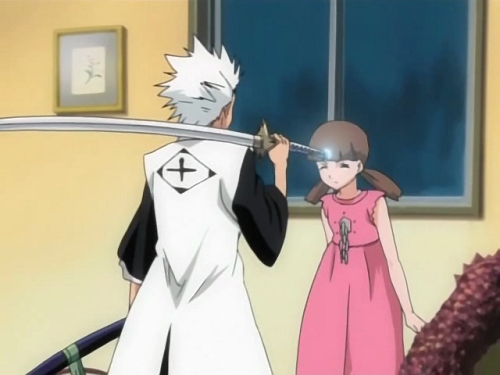 Konso being performed on a Plus

Another way a Hollow can be “destroyed” is if it's killed by a Quincy. Quincy are advanced human beings who are able to see Hollows and kill them with special weapons. But, due to the Quincy, an imbalance exists between the different realms in Bleach . Only Shinigami can govern the souls and maintain the balance.

What Happens After a Soul Is Turned Into a Hollow?

After a soul becomes a Hollow, most of them tend to only exist to devour other souls. In some cases, Hollows will attack people who they were once close to and try to devour their souls. Some Hollows become more advanced beings and retain some of their reasoning. This leads us to the different Hollow levels, which are dependent on strength.

Most souls that become Hollows take on the normal Hollow form, which is a monster-like, demonic appearance with a Hollow mask and a Hollow hole. However, Hollows can become even stronger beings. These are the different classes of Hollows:

Menos are creatures that are made up of hundreds of Hollows, making them much stronger than the average Hollow. These beings are created when human souls don't sustain them anymore, and they start devouring their own kind. Because Menos prefer to eat other Hollows, they rarely come to the World of the Living. Menos can transform into stronger beings by eating Hollows and avoiding being eaten by other Hollows. The following classes are all Menos. 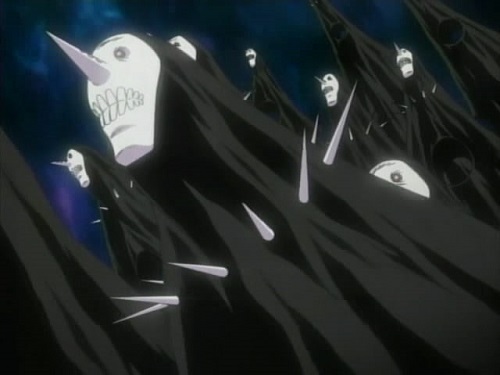 Gillian, also known as Menos Grande, is the level above the Menos class. These gigantic beings are the weakest Menos class, and they tend to attack in groups rather than individually. Some Gillian, who have been taken over by a Hollow that they consumed, may have a unique mask instead of the standard Gillian mask. 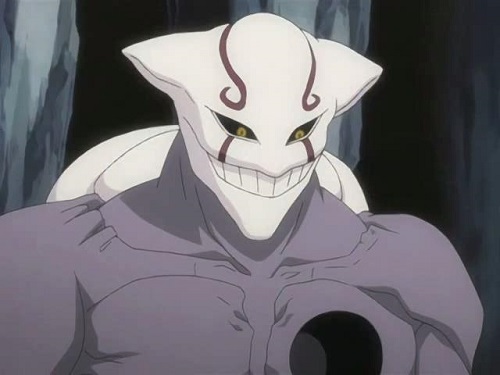 Adjuchas are considered the second Menos class. They have much more intelligence and power than the Gillians, and they tend to be alone rather in groups. Adjuchas-class Menos have a wide range of forms. For example, Grimmjow Jaegerjaquez was an Adjuchas before he became an Espada and he had the form of a jaguar. In order for an Adjuchas to advance or even just survive in its own form, it must continuously eat other Hollows. If an Adjuchas has any part of its body eaten, it stops evolving and can regress to a Gillian. 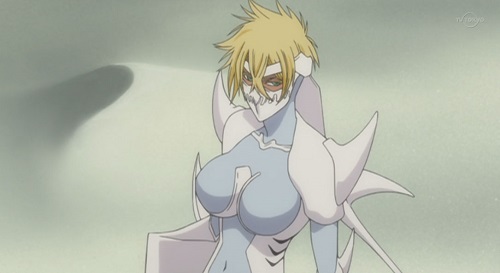 This is the rarest form of Menos, and the Vasto Lorde are the strongest out of the Menos classes. These beings are small, yet powerful, and they can sometimes take the form of a human. For example, Tier Harribel was a Vasto Lorde before she became an Arrancar and an Espada in Aizen's Arrancar army. Vasto Lorde beings are said to be stronger than the captains in the Gotei 13.

Another Hollow level worth mentioning is the Arrancar class. Created by Aizen with the Hogyoku, the Arrancars are Hollows who have gained Shinigami powers. The level of the Arrancars vary, and the 10 Espadas in Aizen's army are considered the strongest Arrancars. In the beginning of the Bleach series, Hollows aren't too much of a problem for Shinigami and Soul Society. But, when Aizen betrays Soul Society and creates Arrancars, which are advanced Hollows, Hollows soon become a main antagonist in Bleach.

I hope this guide made it easier for you to understand one type of Bleach's supernatural creatures. If you haven't yet, make sure you check out the Bleach anime series! You can also learn more about Bleach characters with our other Bleach Guides.