7 Fantasy Anime for Those Sick and Tired of Game Mechanics!

Fed up with game mechanics in your fantasy anime? Then this list is for you!

Fantasy Anime With No Game Mechanics

Dear friends, the blight of game mechanics is upon us! …Well, maybe not a blight but damn if it isn't everywhere in fantasy anime nowadays.

Many recent anime have applied game mechanics to their setting. Whether it be the willful inclusion of those mechanics in the way the world operates, or an ironic awareness that proves beneficial to the protagonist; gamer logic is now king. While entertaining in its own right, this over-saturation of character sheets, stats, and progression can lead to a market that craves classic fantasy. For those sick and tired of game mechanics, here are 7 great fantasy anime that don't include them. 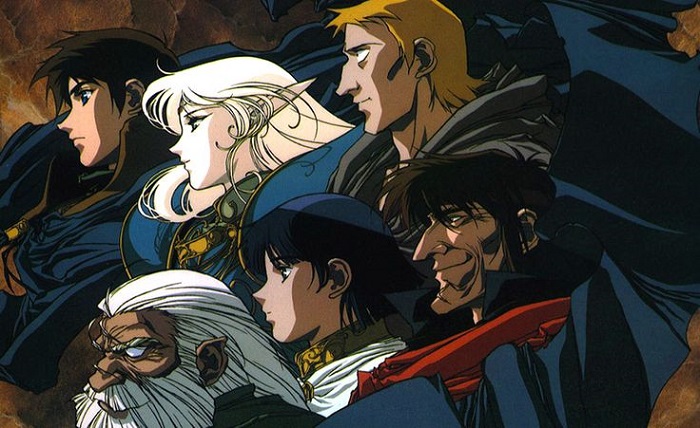 A forefather of fantasy anime - Record of Lodoss War is, ironically enough, inspired by a series of Dungeons and Dragons gaming sessions by creator Ryou Mizuno. However, what started as a game became the phenomenon that inspired this classic anime series.

Set in the turbulent continent of Lodoss, Parn the fighter, Deedlit the Elf and several other roleplaying stereotypes embark on a grand quest to restore order to Lodoss. Humble beginnings soon spiral into encountering damsels in distress, political intrigue, dungeons and the dragons that go with them, to tell a tale that wouldn't be out of place in the fantasy section of your local bookstore. Thankfully, they had enough sense to leave the character sheets and number crunching at the gaming table.

2. Those Who Hunt Elves 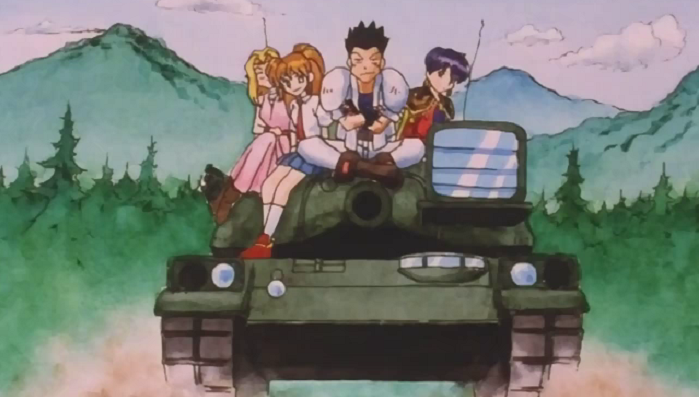 What does a martial artist, an award-winning actress, a gun crazy schoolgirl and a literal tank do when they are transported to a fantasy realm? They hunt elves of course! 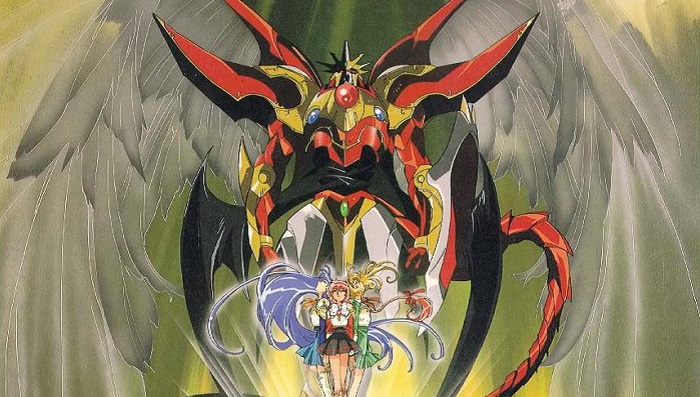 Do you think that fantasy settings, magical girls and giants robots belong in separate genres? Magic Knight Rayearth would like to respectfully disagree.

Not satisfied with being only one type of show, Magic Knight Rayearth is a Clamp classic that fully embraces the genre soup that it is. Intermixing romance, mecha, magical transformations and a fantasy setting, the series pits our three normal-but-not-really-normal main characters against the mad affection of a wayward priest, High Priest Zagato. Along the way, they find elemental powers, friendship, and a really, really kick-ass mech as they attempt to save Princess Emeraude from the mad priest. 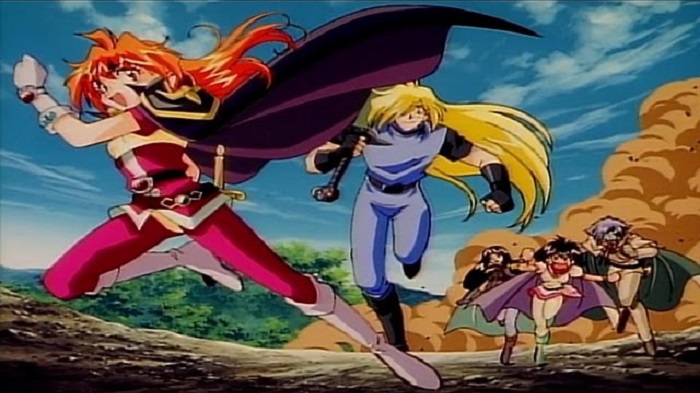 This comedy series hardly needs any introduction but I'll give it one anyways. In the search of good food and even better treasure, Lina and her motley crew travel around the world generally causing mischief wherever they go.

A master of the dark arts and infamously known as “The Natural Enemy of All Those who Live”, Lina Inverse is supported by the 'simple' but good-natured swordsman Gourry, the justice-freak Amelia and resident edgelord Zelgadis. Together they encounter a cast of quirky characters, search for treasure and sometimes even save the world. Overall, it is a fantastic series but if it had one disclaimer, it'd be that many bandits were harmed in the making of this anime. 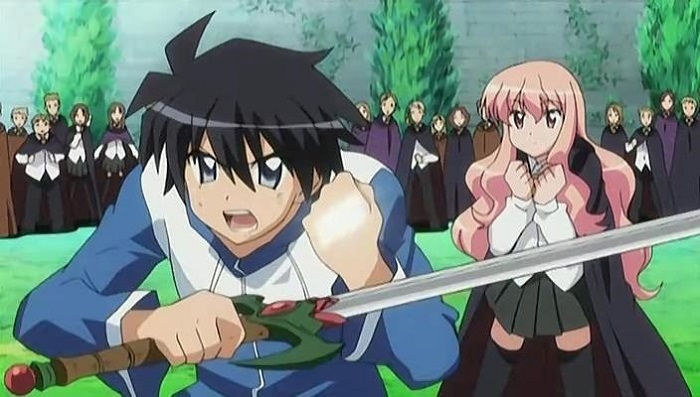 Want me to talk about a good fantasy anime with a tsundere lead? Well... it's not like I want to talk about Zero no Tsukaima... baka!

Despite her noble upbringing, the female lead of Zero no Tsukaima cannot seem to catch a single break in the magic department. Otherwise known as “Louise the Zero,” Louise Françoise le Blanc de La Vallière encounters the much shorter-named Saito Hiraga after she causes an explosion during a familiar summoning ritual. Initially written off as another one of Louise's mistakes, the whole class is surprised to find that she has summoned an actual human as her familiar instead of a magical creature like the rest of the class. Begrudgingly accepting her odd familiar; what starts off as an antagonistic relationship turns into a partnership, and eventually even more than that. 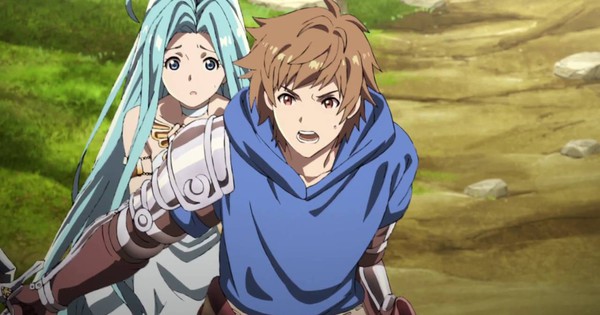 Stop me if you’ve heard this before. A mysterious young girl falls from the sky only to have a young man... and this is about the point where you'd be stopping me. Regardless, just because the initial premise is typical doesn't mean that this Cygames adaptation is any less good for it.

Like Record of Lodoss War, Granblue Fantasy started as a game that turned into a phenomenon that inspired an anime that disregarded the game's mechanics. Unlike it, this property is a modern take on classic fantasy. As a currently airing anime, it's shaping up to be an entertaining series. 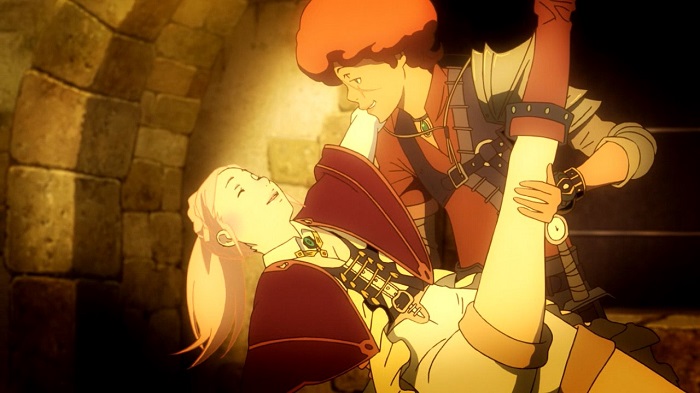 Do you like your fantasy with a bit of swashbuckling? Then another Cygames adaptation might be what you are looking for.

Shingeki no Bahamut: Genesis gets points for once again dropping the game mechanics and focusing on a story set in a rich fantasy world. In a land where gods and demons live among mankind, they've all joined forces to seal away the powerful dragon Bahamut. In an effort to prevent the dragon from ever being released again, they split the seal's key between the gods and the demons to stop it from being reunited. A couple thousand years later, a carefree and dishonest rogue by the name of Favaro accidentally finds himself contracted to take a mysterious young woman called Amira to Helheim. What could possibly go wrong?