Grave of the Fireflies tells the story of two children, Seita and Setsuko, who are orphaned after their lives are turned upside down by a firebombing on Kobe. The film brings to light some of the important events and situations that Japan experienced during the World War II era, and it does it in a personal way that you would never get from a history textbook. Learn about what these events and situations are, and how they are depicted in Grave of the Fireflies. 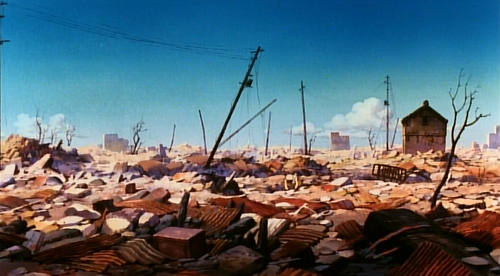 The main event that starts the story of the film is the firebombing of Kobe, which took place March 16-17, 1945. This was a strategic bombing campaign by the U.S. military against both military and civilian targets, and it was the first of seven attacks on the city over the course of 1945.

In Grave of the Fireflies, Seita and Setsuko are shown in the middle of this event. Their mother, who has a heart condition, goes on ahead to a bomb shelter while the children work at securing their home. After they complete their task, Seita and Setsuko make it to the bomb shelter relatively unscathed. Their mother, however, is horribly burned and succumbs to her injuries. Later, when Seita returns home to find the items he buried during the attack, the viewer can see just how much damage the firebombing caused. 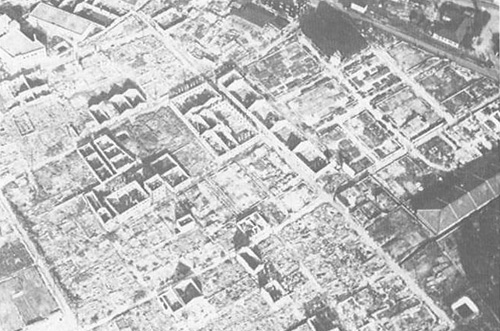 Kobe was chosen as a target for several reasons. In 1945, it was the sixth largest city in Japan, with a population of roughly 1 million people. The houses in Kobe were made primarily of wood, and the city had a low water supply and poor firefighting equipment. Kobe was also home to Japan’s largest port and concentration of shipbuilding. In their book, In War's Wake: International Conflict and the Fate of Liberal Democracy, Elizabeth Kier and Ronald R. Krebs state that Kobe was chosen as a target due to its industrial production that included a focus on steel and shipbuilding.

Four areas were targeted by the American B-29 bombers that initiated the firebombing. Those areas included the northwest corner of Kobe, the area south of the city’s main railroad line, and areas to the northwest and northeast of the main railroad station. According to World War II Database, an area of seven square kilometers was destroyed in the attack and 8,841 residents of Kobe were killed from the resulting firestorms. 650,000 people were displaced. 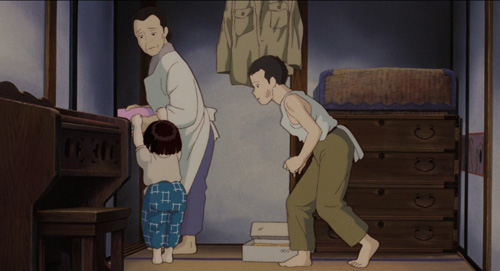 Seita and Setsuko go to live with an aunt after the death of their mother. It’s made clear when they sit together to eat for a meal that the family members who are contributing to society need to have more food than others, due to the difficulty of obtaining food. At one point in the film, Seita and Setsuko’s aunt is seen taking their late mother’s kimono in order to trade it for food even though it upsets Setsuko. 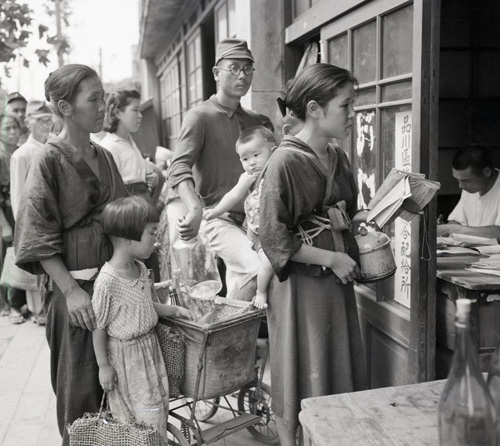 Japan’s agricultural production fell and imports dried up due to the submarine and bombing campaigns conducted by American troops during World War II. With the decrease in agriculture and no ability to bring in food from outside the country, a food shortage was created. This caused the Japanese government to ration food.

According to "Food Situation," a translation of a Japanese news article from the World War II era, the rationing of staple food was primarily made in rice for six large cities. Wheat was added in for balance, and potatoes were rationed as a supplementary food. Even though the government was supplying rations, some families still had to spend more than their monthly income in order to purchase food on the black market. Sometimes, families would rely on money they had saved up, or would exchange food for clothes or possessions. 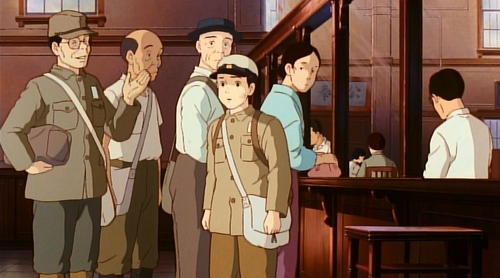 In Grave of the Fireflies, Seita and Setsuko’s father is a captain of the Imperial Japanese Navy. While the children stay at their aunt’s house, she asks if Seita contacted his father. When he says he sent a letter to the naval office when they first arrived, his aunt comments that they should have heard something from his father by then. Later on in the film, when Seita goes to withdraw some money in order to buy food for himself and Setsuko, he overhears that Japan has unconditionally surrendered to the Allies. When Seita says his father is with the Imperial Japanese Navy and asks what happened to them, he’s told his father is likely dead since most of Japan’s Navy had been sunk to the bottom of the sea. 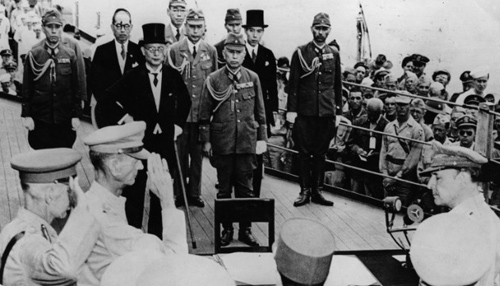 Prior to the firebombing of Kobe, the Imperial Japanese Navy fought and lost in two major battles. The first was The Battle of the Philippine Sea, which took place June 19-20, 1944. According to The History Learning Site, this battle eliminated the navy’s ability to conduct large-scale carrier actions. Two of the largest Japanese fleet carriers were torpedoed and sank, which resulted in the Imperial Japanese Navy losing the bulk of its carrier strength.

Japan’s unconditional surrender to the Allied Powers was announced on August 15, 1945. The surrender was officially signed by Japanese representatives at a ceremony aboard the U.S.S. Missouri on September 2, 1945.

Grave of the Fireflies provides a glimpse into the World War II era in Japan and shows the horrors of war as they affect the civilian population. The film also brings the history of this time period to life in a way that leaves a lasting impression on the viewer.