June 24th, 2017
Emilia is the best girl!
Anime Relations: Re:Zero kara Hajimeru Isekai Seikatsu, Re:Zero kara Hajimeru Break Time, Re:Petit kara Hajimeru Isekai Seikatsu, Re:Zero kara Hajimeru Isekai Seikatsu - Memory Snow, He Wei Dao x Re:Cong Ling Kaishi de Yi Shijie Shenghuo, Re:Zero kara Hajimeru Isekai Seikatsu - Hyouketsu no Kizuna, Re:Zero kara Hajimeru Isekai Seikatsu 2nd Season
I don't regard Rem as the best girl. She just loves Subaru because he saved her which happens in almost every anime, boy saves the girl and then girl falls for boy. So if we look at it that way then we can clearly see Rem is too mainstream. She even killed Subaru because she was suspicious of him even though she had 0 proof. As for Emilia, I haven't seen any female character as selfless as Emilia. She saved a complete stranger and made sure to tell him he owes her no debt. No girl would do the same thing Emilia did (because in addition to helping the stranger, she made sure that he doesn't feel indebted to her). Rem murdered Subaru two times, but Emilia always cared about him. When Subaru was killed by Rem, he wanted to gain her trust so he worked very hard even though he became sick afterward. He was broken from inside. He wanted to cry but he couldn't. He couldn't even tell anyone about his problems. No one cared about him since he tried to hide all his misery by putting a pathetic smile on his face so as to win Rem's trust. Even Rem didn't care about him at all. But Emilia saw thru that facade. She forced Subaru to sleep on her lap. She didn't question him or his motives (while Rem killed Subaru for that). She just provided him what he needed the most and after all the love that Emilia showered, Subaru then started to cry. That scene was beautiful <3
So we can clearly see that Emilia here is the IDEAL GIRL! 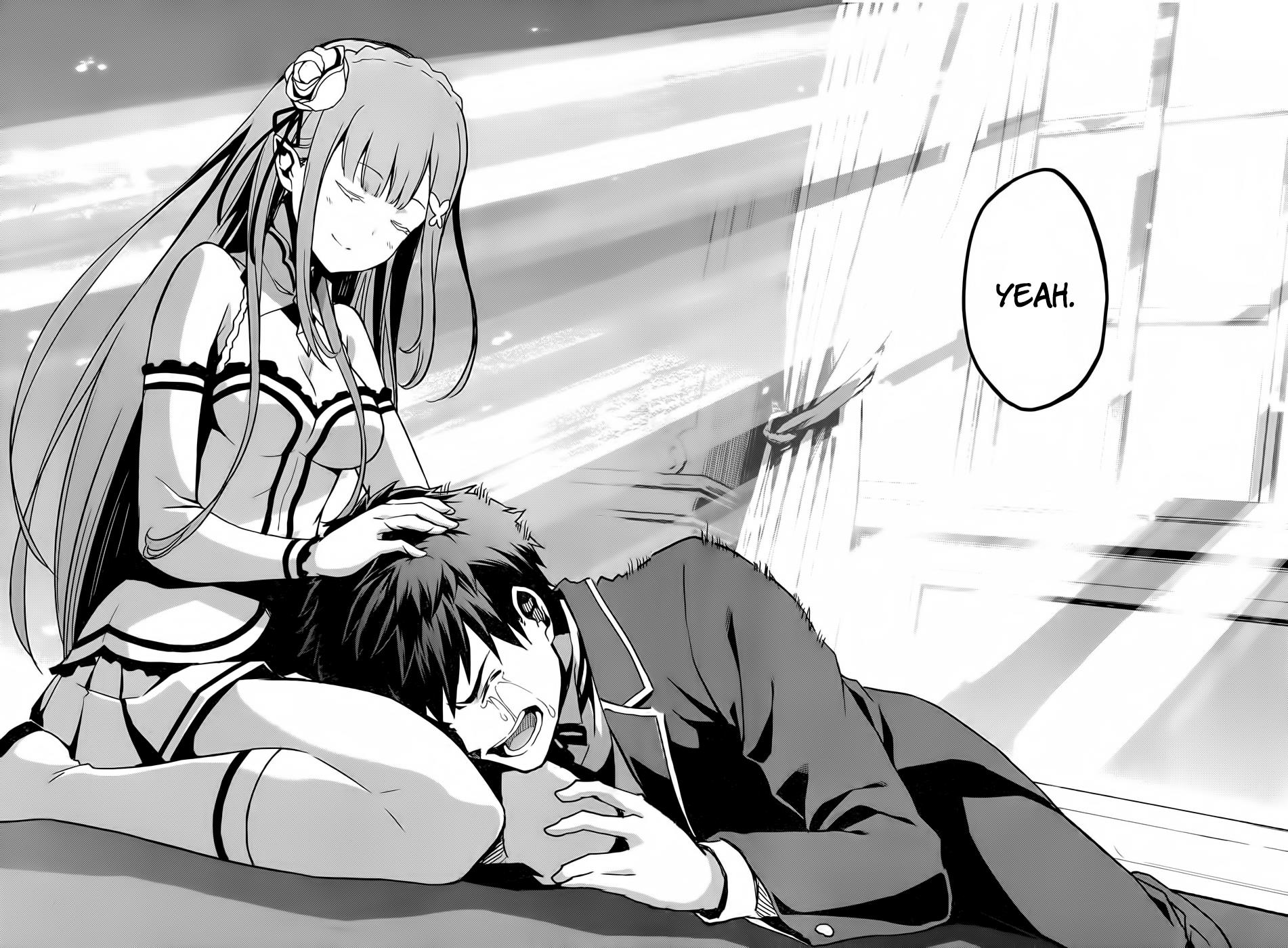 When I started watching this series, I thought Emilia looked average as I really don't like white-haired girls that much but as the series progressed I fell in love with her. Her beautiful personality captivated me (like how she saved a complete stranger from thugs, how she always cared about Subaru, etc.) Seriously, I have watched a lot of anime but this has never happened to me. At first, I was like "Emilia is average" then I was like "Emilia is an angel" and then it turned to "EMILIA IS A GODDESS" but now I think Emilia is even far superior to a goddess. I mean she is a fictional character for god's sake but why do I love her so much? I don't know why but I think I am obsessed with her. I have many favorite female anime characters but they are nothing in front of EMILIA-TAN 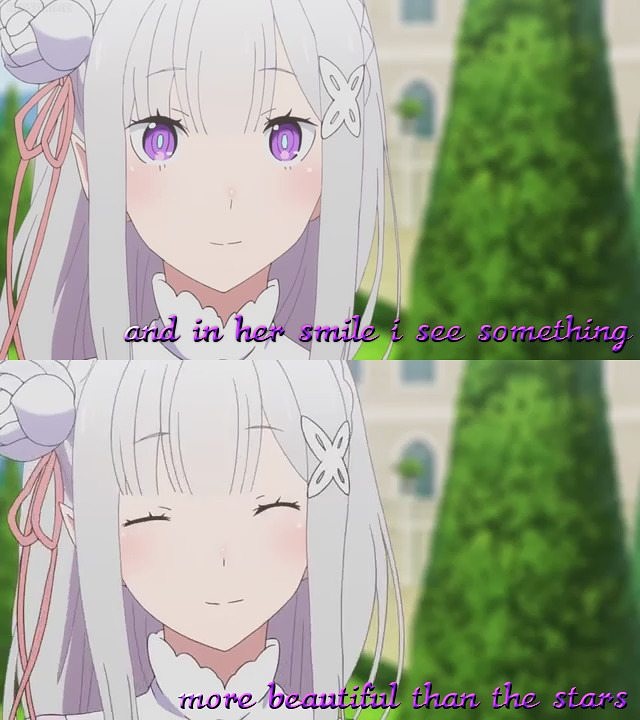 In fact, Emilia-tan is the personification of beauty and elegance itself. I mean look at her! Even when she is calling the spirits or worrying about Subaru's safety, she still looks like an elegant queen.

Subaru isn't too bad either. I mean the way he rushed over to Emilia's cart was pretty awesome.
He comes in then looks at Emilia, averts his eyes then takes the bomb out of the cart and then gets off the carriage like a badass leaving Emilia flabbergasted. Then he proclaims his love to her with a smile on his face while carrying the bomb far away from her.

Though the most precious thing for Subaru in this series was Emilia's smile which Subaru always wanted to protect. After all, Emilia's smile gives off an aura of beauty and elegance.
Emilia is the best girl!