Categories
Meta
No categories
October 28th, 2016
On Key Visuals and Posters
Anime Relations: Koukaku Kidoutai, Akira
One of the challenges of maintaining a comprehensive historical database is finding copies of promotional materials which were created prior to the digital era. This is even more problematic with anime and manga because Japan has strict copyright laws which do not recognize fair use and discourage unauthorized digitization of copyrighted material. (There have been instances where Japanese creators expressed their dislike of MyAnimeList using some images without authorization.)

Despite the stance of Japanese creators, we recognize that images are an important part of the discovery and identification process when dealing with artistic media. This is why I continuously scour the Internet for the perfect key visual, theatrical poster, or book cover.

This week, that search yielded two important additions to the anime database: classic theatrical release posters of the 1988 Akira film and the 1995 Ghost in the Shell film with original Japanese flavor text and cast and staff credits. 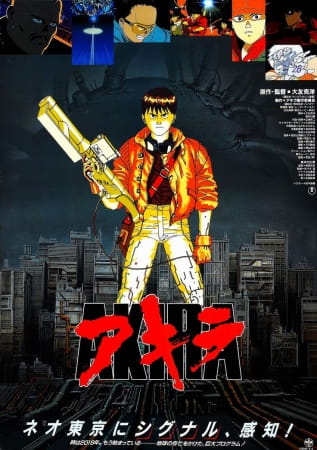 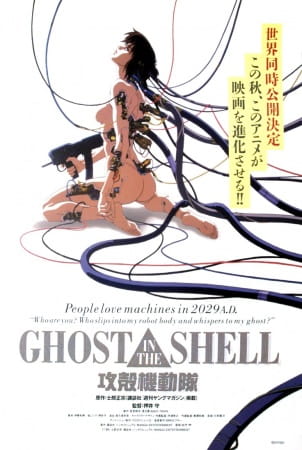 Iconic posters such as the two above, however, are relatively easy to find compared to even older materials or even media which were never released to a wide audience. For example, the current visual for the 1945 wartime propaganda film Momotarou: Umi no Shinpei was digitally created from a promotional pamphlet, and the visual for the 1943 short Kumo to Tulip came from a newspaper clipping.

Fortunately, as interest in the history of anime grows around the world, Japanese media are beginning to bring old works into the attention of the modern viewer. On the occasion of the 35th anniversary of the Doraemon movie series, all of its classic theatrical posters were released digitally. With this trove, we were able to acquire posters dating back to 1980, replacing VHS and DVD covers which the database had used for years.

The history of anime is not only in animation, but also in the still artwork which were created to promote it.
Posted by arsonal | Oct 28, 2016 8:43 PM | 1 comments
February 25th, 2016
Routine to Rotoscope
Anime Relations: Airy Me, Hana to Alice: Satsujin Jiken 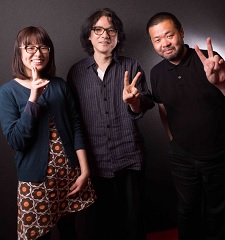 Earlier this week, I stumbled upon the blog of Yuuichirou Oguro. At the time, the man had no entry in the database, so I was not aware of his previous contributions to the anime industry.

What struck me the most about his blog is his photographs with creators in the industry. One of my routines as a database moderator is to scour the Internet for high-quality photographs of creators. Oguro has taken one with dozens of them. They are usually taken during one-on-one interviews for the magazines he contributes to, such as Animestyle and Animage.

I started to dig into the archives of his blog when this photograph appeared. Based on the notes in Oguro's blog entry, I immediately recognized the name of director Shunji Iwai of Hana to Alice: Satsujin Jiken (2015). However, I did not recognize the name the woman next to Iwai. Oguro's notes indicate she is a rotoscope animation director. (At the time, I had not seen Hana to Alice, so I did not know the extent of rotoscope use in the movie.)

As interest in anime grows, many people have become interested in the animators themselves instead of directors, scriptwriters, composers, etc. In recent months, I have focused on adding non-traditional roles such as animation directors, episode directors, and art directors. Rotoscope or not, the woman's animation director position is noteworthy enough for inclusion in the database.

It is still fairly rare for female production staff members to allow themselves to be photographed publicly. That made this photograph instance also more interesting. Her youthful appearance also means that she is likely to contribute to other works in the future, so having an entry in the database will allow us to better identify her in the future.

A Google search of her name immediately let me know that her name is Yoko Kuno. Upon further investigation, I found out she had created the award-winning independent animation Airy Me, further increasing the need for a new entry in the person database.

By diligently researching an extra step, we are able to build a more complete database and can see how various segments of the industry are related to each other.
Posted by arsonal | Feb 25, 2016 10:23 AM | 0 comments
February 21st, 2016
On Moderating
Anime Relations: The iDOLM@STER
Database moderators form an important core of the MyAnimeList staff. Many users join the community in order to interact with each other, but those interactions are dependent on the information provided in the database. Their moderator title implies that they serve as mediators, between the user and the information.

However, the moderator title also suggests that the role is a passive one, whereby users submit information into the database as moderators review their submissions for accuracy. This should not be further from the truth. Although the role of the user should not be diminished, it's also important to understand that moderators play an active role in managing the database.

That will be the objective of my writing, mostly given through personal anecdotes. It describes processes rather than outcomes. How does a certain piece information become a part of the database? What decisions are made in the effort of including or excluding information? Why is arsonal so passionate about The iDOLM@STER?

The writings may not reflect the views of the moderating staff as a collective or the consensus of the user community, but they will aim to show that moderating is not a single-faceted role.
Posted by arsonal | Feb 21, 2016 11:34 AM | 0 comments