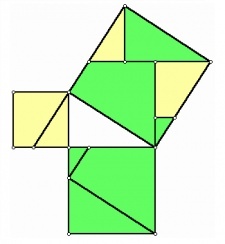 Nepstoca Oct 23, 2012 10:16 PM
Thanks for being seemingly the only person aware of how detestable Tonari no Kaibutsu-kun is. How the hell does something that calls itself shoujo manage to portray women as less human than seinen and shounen usually do?

sanjayts Aug 11, 2012 8:34 AM
I'm not sure I can counter all those points but after watching the entire anime, at least I am convinced that Aria isn't as bad as she is made out to be. Sure, she could have made "better" choices but messing things up is so much like human nature. BTW, not sure if you know of this but for married couples without prior love, "he hasn't *done* me yet" is sometimes used for conveying that "he doesn't love me". And as you can see from the series, Dai'ichiro has no intent of considering Aria as a "part" of the family, let alone love her.

sanjayts Aug 11, 2012 8:27 AM
Gah, completely forgot to respond to you. Maybe my comment updates are broken. Anyway, I saw this anime a long time back and yes, I did like it because of its controversial nature, the way the characters were portrayed and the general "mood" of the anime. Though I must say I'd think twice before "recommending" it to someone I know because this sort of theme, even though a "fiction" doesn't sit right with some people...

> My viewpoint is that the role of playing a wife is a game to Aria and when she realizes she has lost, she cries like a baby

I'm not sure why you call it a game. Initially yes, Aria did compete with other maids to get close to Dai'ichiro but once she was married to him, it was all about having a nice and normal family life. This is quite apparent from the flashbacks wherein she tries to fit in the role of a mother for Aria and a wife for Dai'ichiro. Also notice how she doesn't hate Rea until she sees Dai'ichiro having a err... photo-shoot with Rea. Plus nursing him back to health after he had almost given up his life is not something a normal maid who is after fame/fortune would do IMO.

Point to be noted; after seeing Dai'ichiro involved in the disgusting act, she decides to hate Rea with a passion but *still* longs for Dai'ichiro. If you call "being possessive" as "playing a wife game", I'm not sure how many real life wives are guilty of that crime. ;)

Another reason I disagreed with your post was because it seemed that you thought it was easy to fix a messed up/freak family. These sort of things are *so very* difficult to set straight IMO.

Now regarding the final point about "crying like a baby", let's look at the turn of events which led to this:
* Aria is completely devastated in real life and doesn't have anyone to turn to
* She narrates her sad story to an outside person, Furuya-kun (maybe for the first time?)
* Given her killer ahem... features, she was pretty sure no one could never resist her advances (except for Dai'ichiro!)
* Furuya-kun dodges her kiss and explains to her clearly that he is interested in only zombie girls. Fun point; she literally falls flat on her face which also is an idiom. :)
* Aria gets a shocking relevation that it just isn't Dai'ichiro who is immune to her advances/feelings of love
* She tries to do the same with Babu-kun but throws him away after she realizes that he is a zombie cat

Now surely, with the given turn of events and the frustration/desperation/despair pent up inside, I'm not sure what else I would expect Aria to do. It seems that making her cry like a little girl was an indication that Aria is after all a normal female/woman in need of love, who, though can hide her emotions but not completely suprress them. The cry symbolises breakdown of the facade of a "heartless woman" she has been putting up all this time.