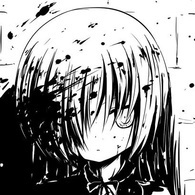 Reltoxeus Jun 14, 2013 8:06 AM
I really liked your review on OreGairu, you pointed out all the flaws and accurately describe the characters. That show is not all that good as other fanboys claim it to be.

"I am quite sure the problem of Binary opposition and the shallowness of the theme would only continue - not only in the manga, but also in the anime as well. "

That was right after you said "having not read the manga", so I wouldn't base my review off of speculation...though I haven't spoiled the anime for myself yet, among my friends who have read the manga, they said its nothing like that...but we'll see I guess.

Principles May 16, 2013 8:09 PM
Your review is one that caught my eye since it differs in the way that you had more complaints rather than positive feedback, and although I respect the opinion you hold and the flaws you find, I actually don't like how you point fingers at the "pot holes" in the show, when those "pot holes" have not even begun to develop as it is only six episodes into the show. You say they bring up "cliche" themes and I will be using the examples you used (I hope you don't mind). It is inevitable that in this world created in the anime that there are good and bad people, and with a community of people surrounded by walls to be governed by a "greedy and evil" government...it seems perfectly natural to me. After all, with the people literally at the mercy of the government, the highest ranking power in their society, there is high respect shown to them and often times in times of trouble and disaster, people will desperately turn to their leaders for help who appear to be their only hope. This is not so for Eren along with Armin (and probably a handful of other people) who know that the life of pretending that nothing is wrong and complying with the system is not the only solution to their struggles. This system created is quite cruel..the methods they use to regulate it also seems inhumane and wrong. Can the government really do anything..can it really solve anything? It can't. It can offer solutions to help out...yet I agree with you how the people literally do nothing to go against this. However, it's not right to assume that people just decided to live on the outskirts, the place closest to the outer wall. With the government at least in this anime, it's probably safe to assume they were probably bribed into staying there or given better treatment. Soldiers get rewarded, and are provided with sufficient food when training which reveals that the government does take care of those who service them...in other words this shouldn't be overlooked. It is quite a possibility.

You also claim that a stereotypical theme is that "bad guys are always acting without reason" yet you don't even know if the kyoujin have intelligence, you've never heard them talk (if they can..), and you don't know the reason they are even attacking in the first place. What appears to look like wandering beasts feeding on humans mindlessly may not appear like what it is. Maybe the cause isn't bad...maybe they aren't bad like the way they're depicted (this is not a spoiler, I'm completely just guessing).

The point that I guess I'm trying to make is that sure, you make a lot of good points and back them up with evidence to support it, but I'm not really agreeing with what you say. Man vs. evil..man vs. society..these are overused themes however this plot is unique in the sense that it focuses on a character that not only is fighting against what society is doing (or the government) and going against their "ways of living" but he is stepping up to save humanity. We don't now whether it's going to be just a war between monsters and humans. We don't know where the plot is headed, so I feel it isn't right to just judge it based on what has just happened in a few episodes. Literally just 6 episodes.

Asfaria May 16, 2013 3:18 PM
The story of SNK gets much better. you might not think so, but hey, you can have your own opinion though I find it interesting that you only have two shows even rated at a 9 and none above that.

Im_D_Century May 16, 2013 11:09 AM
Wow, truly a great review. When I saw the 6 at first I thought "A 6??! Is he crazy??". But after reading your arguments I was thoroughly convinced: you laid out your points in an excellent way, and now I see flaws that I didn't see before, for which I'm thankfull (even If it means i don't consider it THAT great anymore XD)

I would love to disagree with you/explain a couple things that change over the course of the series (I read the manga) since at this point in the story it seems as if it MAY dive into the whole Binary Opposition subject, but I would rather allow you to see them for yourself, even if it will take forever to get there in the anime, if it even does.

Anyway, awesome job, I will see your other reviews. My main language isn't English either and I think it's awesome you do reviews in it. Best of luck.

TriZen May 16, 2013 11:07 AM
Nice review on SnK. Although, I kinda agree with you on what you called "more binary opposition and more stereotype figures", I think you're focusing too much on those aspects of the anime. For me myself and maybe for some people who watch SnK, the thing that intrigued me the most is the origin of the titan, how the almost extinct human race fight against the Kyoujin and how the life of the outside (of the walls) world actually looks like. I have read and caught up to the manga a bit, and I can say that those binary opposition and more stereotype figures will be there to some extent, but the mangaka imo is successful in giving us explanations about the many aspects of the world setting and the Kyoujin itself. All in all, your review is pretty interesting

Popka May 16, 2013 10:45 AM
Nice review of SnK. I mean, it's a decent show, but you really pointed out all the flaws that are being flagrantly ignored.

JuppJupp May 16, 2013 10:31 AM
I liked your review. But fanboys are going to vote for not helpful though you explained your complaints in detail.
All Comments