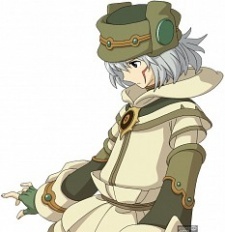 Mnemofysh Oct 17, 2014 10:20 PM
Your Higurashi review was really well done! I totally agree with it, and it was pretty funny.
Good job

Nateal Mar 30, 2014 10:05 AM
When I said dissing I wasn't referring to the score you gave Higurashi. I'm pertaining to the way you wrote your review. In short, let's just say that you could've phrased your criticism a bit better. Writing a review that looks like it's been pulled out off the comments section of reddit doesn't really make for much of a review at all.

Also, it's quite unfair for you to call the second season as a cash grab as I just seemed to notice that you haven't even finished the first one.

Oh, and inconsistent characters? Of course they are. And there are reasons to why it's so but you'll never find out why unless you've finished the story.

Anyway, I just wanted to give you my opinion.

Well, I'm not going to start flaming you for saying why you don't like Higurashi since those kind of conversations never really end well. So instead, I'll just point out some flaws on your review.

First, you implied in your review that Higurashi is bad because it doesn't "provide any answers". Then you go on and say that "A good mystery should be able to be solved by the observer, not by spoonfeeding the observer". Right there is a contradiction. I don't know about you, but by the end of the first season I had a pretty good idea of what was happening and I was already starting to piece things together, so I don't really get what you mean when you say that Higurashi provides an unsolvable mystery.


Second, you also implied in your review that Higurashi is bad because it didn't conclude itself in one season. That's a really, really terrible reason to use for an anime that has an already established sequel. It's like saying that Code Geass is bad because Lelouch couldn't take over the planet in one season. Basically what I'm saying is that you can't rush a good story.


Lastly, I just want you to clarify, but what exactly did you meant when you said the word "Fanservice" in your review? I just want you to give me your definition of it because I'm pretty sure that there was no fanservice in Higurashi.


Anyway, that's just my opinions. It's just that I liked Higurashi, and I find it interesting to hear the opinion of someone who doesn't. I'd really like to hear what you have to say.

LittleCaesars May 12, 2013 1:40 PM
Yeah, I have the same problem with Monster. Its been years since I started it, and have forgotten everything that's happened.

LittleCaesars May 12, 2013 12:01 PM
I've been meaning to finish Monster for years myself. As for Roots, it also took me years to finish. I had it on hold for the longest time because once the games came out I had everything I wanted. Quantum was worth finishing, but Roots, Roots just wasn't anywhere near what the games were. I highly recommend Madoka though.

LittleCaesars May 9, 2013 8:55 PM
With all of these .hacks I'm surprised you haven't finished Quantum.
All Comments