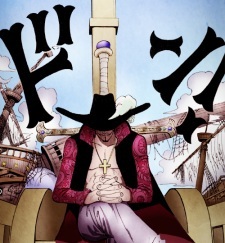 
We stopped when Rol (the guy who started the translation) released like 12 chapters at once in a weekend and we were a bit behind his scans translation at the time.

When we started the translation we just wanted the English community to enjoy the manga as much as we were without waiting too much to get up to us in France/french speaking countries.

So when we saw that Rol did a better job than us we decided to just step back, there was not that much of a discussion with Rol, we tried to message him but he just didn't wanted to get in a team or get us to help him, so that's how we ended up our translation xD.
He did a really good job, so props to him !

Besides that, I tried... I really tried to like the anime but I just couldn't get past all the awkward adaptations bit they added and parts that were important to me that Studio Lerche removed from the manga (all the humor and uniqueness of the manga, the amazing drawings, etc... etc..).
Season 2 is a bit better, but since it's my favorite part of the manga so far I couldn't handle the changes and the animation was sub-par with my expectations.

I guess that sums up my Radiant experience so far :p Still pissed they don't want to add the manga to the database...
Oh ! And 13th volume will be released tomorrow in France :D (after so much waiiiiit).

Other than that, here are some of my favorite show/manga I'm currently enjoying :

-I just discovered Beastars last month and really enjoyed it, I loved both the anime (I was afraid of the CGI at first but it's awesome) and the manga :D

-Shingeki no Kyojin is amazing, both in anime and the manga is completely messing with my brain every month with the newest chapters.

-Oh, and if you like "sad but awesome movie" kinda like Kimi No Na Wa (Your Name) and Koe no katachi (A Silent Voice) I definitely suggest you to watch Sayonara no Asa ni Yakusoku no Hana wo Kazarou (abridged as 'Maquia' in Europe xD), this is definitely my favorite movie that I've ever seen.

- I just started Dorohedoro last week, the CGI is a bit clunky but the universe and background is really interesting, and the characters are completely insane, this leads up to some absurd and funny moments. I think I'll start the manga soon :)

- Finally, Vinland Saga is an awesome show and manga if you haven't read it/watched it yet :D